Two months after Mitch Jenkins had the rug pulled out from under him when his two-year relationship came to an abrupt end, he is still hurting. A colleague’s attempt to cheer him up brings Mitch to a secret “club.” Mitch isn’t remotely interested in the twinks parading like peacocks, until he spies the young man at the back of the room, nose firmly in a book and oblivious to his surroundings. Now Mitch is interested. Nikko Kurokawa wants to pay his debt and get the hell out of the Black Lounge—where he is forced not only to have sex, but sometimes suffer abuse to please clients. Earning his freedom isn’t proving easy, especially when he starts attracting interest. Life becomes that little bit easier to bear when he meets Mitch, who is nothing like the other men who frequent the club. And when Mitch crawls under his skin and into his heart, Nikko figures he can put up with anything. Before long he’ll be out of there, and he and Mitch can figure out if they have a future together. Neither of them counted on those who don’t want Nikko to leave…. 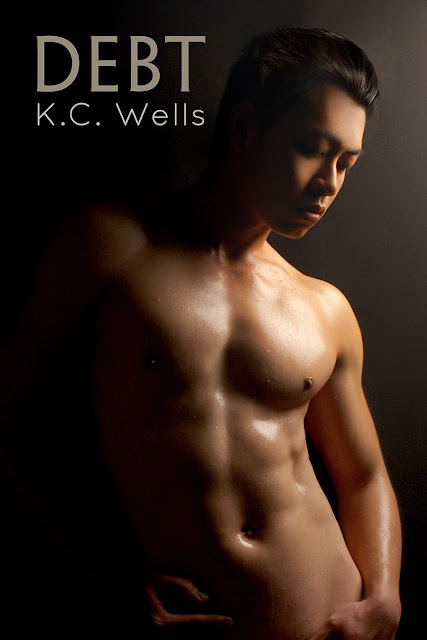 "Debt is sexy & dangerous; it has it all: age gap, hurt-comfort, suspense, sweetness, serious steam, a happy ending, and two men who refuse to give up on each other." - Reader review

“Well written, at times heartbreaking, often touching, very sexy, and with an unforgettable storyline and characters, Debt is without a doubt one of my favourites among K.C. Well’s amazing books.” - Reader review

“Have you ever come across a book that grabs you by the heart, shakes you up, drags you through a myriad of emotions, then spits you out the other side happy and hopeful, yet wondering what happened and how you got there? Well, Debt by K.c. Wells is one of those stories.” - Reader review 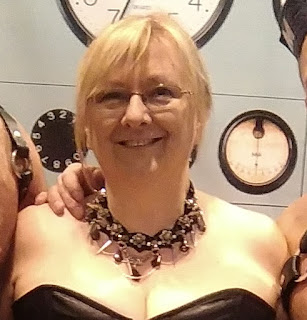 Born and raised in the north-west of England, K.C. WELLS always loved writing. Words were important. Full stop. However, when childhood gave way to adulthood, the writing ceased, as life got in the way. K.C. discovered erotic fiction in 2009, when the purchase of a ménage storyline led to the startling discovery that reading about men in love was damn hot. In 2012, arriving at a really low point in life led to the desperate need to do something creative. An even bigger discovery waited in the wings—writing about men in love was even hotter….
K.C. now writes full-time and is loving every minute of her new career. The laptop still has no idea of what hit it… it only knows that it wants a rest, please. And it now has to get used to the idea that where K.C goes, it goes.
And as for those men in love that she writes about? The list of stories just waiting to be written is getting longer… and longer….

This was my first K.C. Wells book and won't be my last.  After reading the synopsis I jumped at the chance to review this book.  I love sweet unconventional love stories and this certainly fit the bill.

Mitch Jenkins believes in loves and doesn't want to settle but for his whole life he's been more in love with the idea of a relationship than in love with his particular partners. So when his latest boyfriend leaves him, he starts to reflect more about himself and what he wants and needs.  On a more low moment, Mitch's co-worker Aaron convinces Mitch to come out to a new club called the Black Lounge.  At first Mitch thinks it's like a swanky new club but then he quickly finds out there is much more behind the exterior of this club. 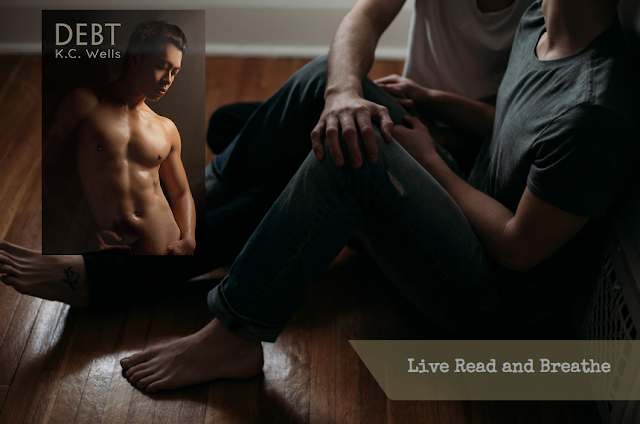 On a gift from Aaron, Mitch takes the opportunity to drown out his relationship woes with one of the men available.  From the first moment Mitch sees Nikko Kurokawa he wants him.   What he didn't expect was to fall for him as well.  Nikko doesn't fit the mold of hooker but it's not Mitch's place to judge but deep down he knows something is off with this scenario.  The more he frequents the lounge the more he falls for Nikko, causing Nikko to trust in Mitch with his truth.

Now that Mitch has come to terms with his feelings and knows the truth he vows to help Nikko anyway he can, damn the consequences.  The way Nikko and Mitch met is unconventional but that doesn't matter when its the one.  Normally most wouldn't be accepting of this reality but Mitch's family is beyond awesome causing them to do nothing but support and love Nikko the way Mitch does.

This book had a nice pace.  It wasn't too heavy but it had good depth, which allowed the lightness and sweetness of the story to compliment the rest of the story.  It was a sweet unconventional love story about love at first sight when you least expect it, and second chances.