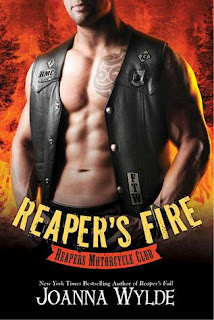 It’s time for more men and motorcycles in the latest from the New York Times bestselling author of Reaper’s Fall...

I’ve lived by those words my whole life—assumed I’d die by them, too, and I never had a problem with that. My Reaper brothers took my back and I took theirs and it was enough. Then I met her. Tinker Garrett. She’s beautiful, she’s loyal, and she works so damned hard it scares me sometimes . . . She deserves a good man—one better than me. I can’t take her yet because the club still needs me. There’s another woman, another job, another fight just ahead.

Now she’ll learn I’ve been lying to her all along. None of it’s real. Not my name, not my job, not even the clothes I wear. She thinks I’m nice. She pretends we’re just friends, that I’ve still got a soul . . . Mine’s been dead for years. Now I’m on fire for this woman, and a man can only burn for so long before he destroys everything around him.

I’m coming for you, Tinker.

It has been forever since I read a Reapers book and I just realized how much I missed them and Joanna Wylde's writing.   Even though this wasn't my favorite of the series it was still great, but the best part is Joanna Wylde.

I absolutely adore her writing style and this story just reminded me why she's one of my favorite writers.

Gage Leon is taking one for the team.   There's trouble brewing in the smaller clubs.   The Reapers need someone to infiltrate one of the smaller MC's and Gage is the man for the job.   To get into this MC, Gage has to first lose his colors and then bone a bitch that he detests.


That wouldn't be bad enough, but to fit in he also takes a side job being a caretaker to a building where his new landlord is smoking hot.   Tinker Garrett has had some shit luck as of late but she's trying to start over.  However, its difficult when you have to go back to your small nosey town you were born in to take care of your father after your mother dies.   As of right now Tinker is surviving not living, so when the gorgeous handyman makes an appearance her world starts to brighten.

"Bring more wine,"  I hissed into the phone.
"He's taking off his shirt and I'm starting to overheat."


Gage hates what he has to do for his club but he will do it.  The more he gives to the club though, the more he risks losing his chance with Tinker.


Gage is balls deep with the new club but he also has more to lose now.  So when things start to get to crazy he needs his brothers at his back.   This book was a different format since Gage was away from his brothers so we didn't get to experience the Reapers brotherhood as much, but when they show up all my past loves come to the forefront of my heart.

Once the crazy reaches a precipice, Gage is finally able to take what he wants.

"You're my property.  You don't understand what that means, and that's okay.  I'll teach you. But when you look back at this moment, I want you to remember there was a before I claimed you and an after.  Now it's after.  You got me?" 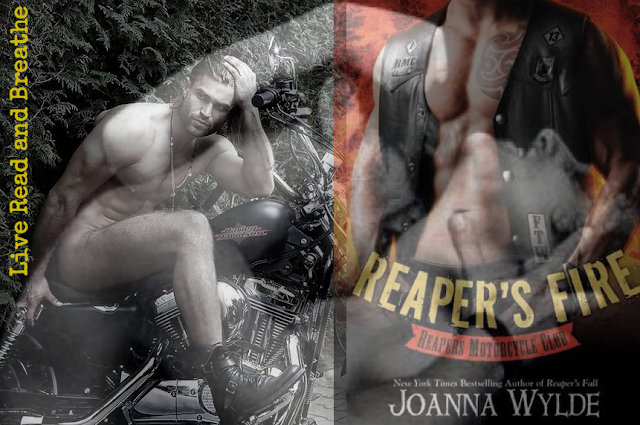 Tinker's pissed, once all the truth comes out and Gage has a lot to do to win back Tinker's trust.

"Better question might be whether she's serious about me.  Right now she's a little pissed off. Apparently women don't like it when you lie to them about who you are, and then fuck another bitch under their nose for weeks at a time. . . ."

Now that the Reapers are back together, there's a lot of cleaning up to do to make things right again in this small town.

"You've been watching Sons of Anarchy, haven't you?" Pic asked, sighing heavily.  Cody swallowed, then nodded.  "Fucking show.  Whole damned world thinks they're Jax Teller.  Pat him down and bring him inside."

Not only are they trying to fix this MC they are also dealing with wild fires during this journey causing the situation to be more stressful then normally planned.

"That went well,"  Ruger said quietly.  "You think?"  I asked.  He shrugged.  "Nobody tried to shoot anyone.  That's generally a good sign."

I loved that Gage was a straightforward man, well once he could be completely honest.  Now he just has to convince Tinker that this is a good thing.

"Despite what went down here, I'm not usually the kind of man to play games.  I like sex.  I've had sex with a lot of women.  Never been too interested in anything serious, and that's worked for me.  Then I met you and it felt different so I'm gonna check that out.  I'm smart enough to see we're not gonna get anywhere until we sort this out. Get dressed and we'll talk."

It's so hard when you're are completely enamored with a story and its growing and growing then it starts to run flat.  Don't get me wrong I still loved the story and I loved Tinker and Gage together, but some of the non relationship details were left with me wanting more.  Did this ruin my reading experience?  No, not at all.  Will I read more from this series and this author?  In a heartbeat.

Posted by Live Read and Breathe at 23:53