Go to THE FARTHEST EDGE and order your copy today!

Step into the Honey Club, where every sensual boundary will be tested in search of the ultimate pleasure…

Branch doesn’t exist. Living off the grid, he’s looking for a way to forget his past and the guilt that plagues him. But no woman has ever been able to bring him to the edge he craves.

After a traumatic experience of her own, Evangeline stepped away from the decadent world of the Honey Club. But when she gets Branch’s offer—to play without boundaries or commitments—it’s too tempting for her to refuse.

As their passion ignites, Evangeline and Branch push each other to their farthest limit, fulfilling their darkest desires while falling harder and deeper than they ever imagined.

And don’t miss the first standalone title in the Honey Series, 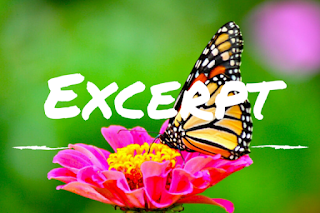 She sighed and began, “Aryas—“
“Get you don’t want to and won’t push it. Hope you do. Hope you get over it. Hope you come back to us and to you in all the ways you should do that. You can’t find that in you…” He shrugged but didn’t stop coming at her. “That’s the way it is. I can’t push that. You gotta find that in you. But connecting with you. Seeing where you’re at. Getting you to come back to the family. Taking your pulse is only part of why I asked you here. I also got another reason.”
Evangeline took another sip of her coffee before she asked, “And what’s that?”
“Got a sub for you.”
She blinked and her stomach pitched.
“Sorry?” she queried.
“Perfect for you. No strings. No boundaries. This guy is not looking to connect. He’s not looking for a relationship. Hell, sheer number of Dommes he goes through, you might only get one crack at him before he vanishes from your life. But at least you’ll get off the way you like it that one time. And if you can keep him around awhile, you might have some fun, break yourself back in, give yourself what you need, without any baggage.”
Um.
Whoa.
That all sounded way too good to be true.
But still.
“I’m not…I don’t think…” She swallowed. “I’m not ready for that, and to be honest, Ary, I’m not sure I’ll ever go back there.”
“Fool thing to think, more fool thing to do,” Aryas returned instantly. “Especially when you got a chance to have a go with this guy. You got a shot at a guy like this guy, you should take it. And I mean that for you. Only for you. For where you’re at. For what I suspect you need about now. He doesn’t want to hold hands. He doesn’t want to share a drink in the hunting ground. He doesn’t want you to give him your number or stake your claim on him in the club or anywhere. He wants you to get him off and he’s open to anything you wanna do to pull that off.”
He’s open to anything you wanna do to pull that off.
She fought squirming in her seat and it made her angry.
This was not a part of her life anymore.

About Kristen Ashley: Kristen Ashley was born in Gary, Indiana, USA and nearly killed her mother and herself making it into the world, seeing as she had the umbilical cord wrapped around her neck (already attempting to accessorizeand she hadn't taken her first breath!). Her mother said they took Kristen away, put her Mom back in her room, her mother looked out the window, and Gary was on fire (Dr. King had been assassinated four days before). Kristen's Mom remembered thinking it was the end of the world. Quite the dramatic beginning. Nothing's changed. Kristen grew up in Brownsburg, Indiana and has lived in Denver, Colorado and the West Country of England. Thus, she's blessed to have friends and family around the globe. Her family was (is) loopy (to say the least) but loopy is good when you want to write. They all lived together on a very small farm in a small farm town in the heartland. She grew up with Glenn Miller, The Everly Brothers, REO Speedwagon and Whitesnake (and the wardrobes that matched). Needless to say, growing up in a house full of music, clothes and love was a good way to grow up. And as she keeps growing, it keeps getting better.

We got to meet Branch Dillinger in The Deep End when he helped out Olivier, and the two of them became friends.  In The Deep End we got to hear about Evangeline Brooks but not officially meet her until this book.

~ What she expected to do was use him to heal her last wounds.
And do it healing his.
All this so they could both move on, perhaps not whole, because she'd only had a chunk taken out of her, but she knew in that one meeting with him that he'd had great masses torn away from him. ~


Both of these two are a different kind of broken.   Branch knows what he needs but doesn't think he deserves any happiness.  Evangeline has survived something terrible and is fixing herself one day at a time.   When Evangeline first meets Branch, she knows what she wants and needs, but knows it will be a tough game to win her prize.


Branch first tries to walk away but when Evangeline shows him all she can be, he's easy to give in.  But not completely.  However, he truly does know what he wants.

~He like his ass fucked solely if a woman was behind his cock.
Hell, it could even be he liked his ass fucked because there'd always be a woman behind the cock.~

Branch may think he's alone in this world but he's not and he doesn't even know what true gems he has, especially with his friend and sounding board, Gerbil.

"That might be the straight-up honest truth, brother, but the true death is the death of hope and you die that death still living, you might as well just be dead."


Again, the alpha-submissive is relatively new for me and really the only author I have read of this type of role is from KA.  First in Deacon, then in The Deep End, and now here.

~Right, there was something she hadn't yet quite understood about Branch that had been staring her in the face, heck, slapping her across the face since the first second she'd laid eyes on him.
He was a submissive.
But he was an alpha-submissive.~


The chemistry between Branch and Evangeline is smoking and a bit naughty.

The more Branch and Evangeline play their game the more Branch becomes a huge part of her life, helping to guide her to her happiness just as she's doing for him.

" . . . You dig what you do but nothing in life is perfect all the time.  Decide how much shit you're willing to put up with when it gets shoveled your way and cut it off when it goes over that line.  That's a good way to protect your downtime because, even if you dig what you do, too much of it is never a good thing.  And straight up, honey, if you protect your downtime, you'll have a lot more patience when an asshole crosses your path and shovels shit your way. "


Branch is lovely but very stubborn.  And he's having a hard time completely giving all to Evangeline.  But his brokenness runs way deeper than most humans have to go through.

"If I could give it, one woman on this earth I'd give it to you, it'd be you, Evangeline."


Oh! These men! How I love them so.  The honesty of who they are is beautiful to read, and its always great to see the friendship of Olivier and Branch and how they help balance each other out.

"Damian showed last night."  he stated.  Ol's voice went low.  "Yeah, I heard I was tied up, literally, or I would have intervened."


Evangeline is the perfect balance for Branch and his friends.

"Well, fuckin' fuck me, uh . . . pardon my language, darlin'."
"Branch doesn't apologize for having a flair with the f-word so don't worry about it."


To truly set Branch free, Evangeline has to dig deep to keep him.


"Your woman gets dead then every member of your team, your team, darlin', under your command on your  watch gets dead, my take, you get a wee bit overprotective."


When Branch finally gives in, he does it effortlessly and beautifully.

"Branch, honey, it means a lot to me that you're giving me this.  But I see now I shouldn't have asked for it.  So I think to make it easier on you, that you should just -"
He cut her off. "Make it easy on me."
"Yes, so you can-"
"You make everything easy, Angie."


She looked out through the jungle of plants around her kitchen window at her pool, which was a gorgeous pool in a normal home where a woman fell in love with an amazing man.
She would never guess that was what the farthest edge looked like.


KA has such a gift at writing beautiful, strong Alpha males, submissive or not.  I loved the story of Branch and Evangeline and I'm so excited for this series because there are so many more beautiful characters to explore.  The evolution of Branch was a thing of beauty.  And Evangeline and Branch couldn't be more perfect for each other.