The Ones Who Got Away by Roni Loren #bookreview #romance 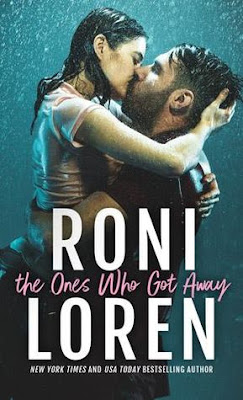 Roni Loren (Goodreads Author)
Liv's words cut off as Finn got closer. The man approaching was nothing like the boy she'd known. The bulky football muscles had streamlined into a harder, leaner package and the look in his deep green eyes held no trace of boyish innocence.

It's been twelve years since tragedy struck the senior class of Long Acre High School. Only a few students survived that fateful night—a group the media dubbed The Ones Who Got Away.

Liv Arias thought she'd never return to Long Acre—until a documentary brings her and the other survivors back home. Suddenly her old flame, Finn Dorsey, is closer than ever, and their attraction is still white-hot. When a searing kiss reignites their passion, Liv realizes this rough-around-the-edges cop might be exactly what she needs...


Gah! This book I can't even imagine what these characters how did live through after the school shooting.  Even just thinking about school shooting makes my heart hurt, and the fact that it's an actual reality especially in the states breaks my heart and hurts my soul.


Having a book that focuses on the survivors is a great idea, and as usual Roni Loren did an amazing job portraying this story with a whole bunch of added sizzle as well.

Finn Dorsey and Olivia (Liv) Arias were once a thing, a hidden thing,  because they were from opposite worlds.  But they were everything to each other when they were young until the shooting changed everything.

"Meaning I'm back in town that thinks I'm a hero when I wasn't, talking to some reporter about stuff I wish I could forget, and standing here with the girl I almost got killed-and I still don't know what to say to her."


We all have our demons and sometimes we are only able to survive not thrive,  and for Liv and Finn they weren't thriving.  However, reuniting opened up so much more for these two.  Not just healing but also a second chance.

The banter between these two was great.  I loved that they brought out each others quirkiness, yet balanced it out with loads of steam.


Both are trying to make something out of their tragedy but realize they have  a better chance of doing it together than separate.

"But it's two sides of the same coin.  You don't get to have only one side or the other.  You have to put the whole thing in your pocket and take both, or you get nothing at all.  I don't want to live with empty pockets anymore."


Roni Loren is one of my favorite authors and here again she has done it with a start to another great series.

Can't wait for more from this series, where we get to find out more from Kincaid, Rebecca and Taryn.

4 It's time to live thumbs ups!