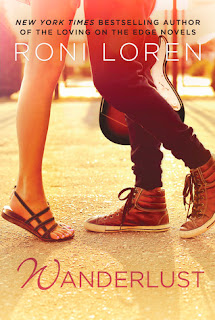 From the New York Times bestselling author of the Loving on the Edge series and Off the Clock, a story of sex, love, rock & roll, and a reporter who’s about to learn a new meaning for staying on top of her assignment...

Restaurant critic Aubrey Bordelon is never at a loss for words to describe her meals in the fancy restaurants of New Orleans. But after her magazine’s high-profile music reporter falls ill, she finds herself out of her element and in a sea of screaming fans awaiting Wanderlust’s lead singer, Lex Logan. The sound of his voice gives her goosebumps, and the stage presence of the hard-bodied rock star takes her breath away. So when he pulls her onstage for a sexy stunt, she knows she’s in real trouble.

Lex doesn’t want to pretend that the sparks on stage between him and Aubrey never happened, but it certainly makes the fact that she’s writing a story on his band all the more dangerous. The last thing he needs is some nosy reporter revealing their problems to the world. But the sexy Southern belle doesn’t give up easily, and soon he’s wondering if the best way to chase her off the story is to coax her into his bed…

“An angsty backstory made beautiful by a hero who doesn’t know how perfect he is.”—Carly Phillips, New York Times bestselling author


Includes a preview of the next Loving on the Edge novel, Loving You Easy!

First off, let's start with that I LOVE Roni Loren.

Normally Roni is the super star of erotica and I've only read a few of her contemporary, which were also awesome, but there was just something about this one that melted my heart.  It could have been the brooding rock star but really it was just the whole story in its entirety that grabbed me.

Aubrey Bordelon once was the wild child, but after one tragic night everything changed, including Aubrey.  So when this now food critic has to interview the band Wanderlust her life completely shifts.  Lex Logan loves his life but knows things are missing.  However, being brought up the way he was, he's a bit gun shy when it comes to relationships. Which makes one nighters his normal routine.


Lex finds Aubrey in the crowd unbeknownst to him that she's going to be his week long reporter for the band.   Right from the beginning he wanted her but yet he's starts to be an asshole because he also doesn't want her to be their reporter.

As Aubrey is trying this new gig, her past is colliding with her present.  Causing all kinds of hurt to resurface for poor Aubrey.

He cupped her face in his hands.  With his thumbs, he wiped away the streaks of her tears.  "God, Aubrey.  Why in the hell would you put yourself through something like that?  That was brutal."


There is something about Aubrey that makes Lex come back for more, once he has her for the first time.   These two start hot and heavy but they both know there is an expiry date on their new relationship. 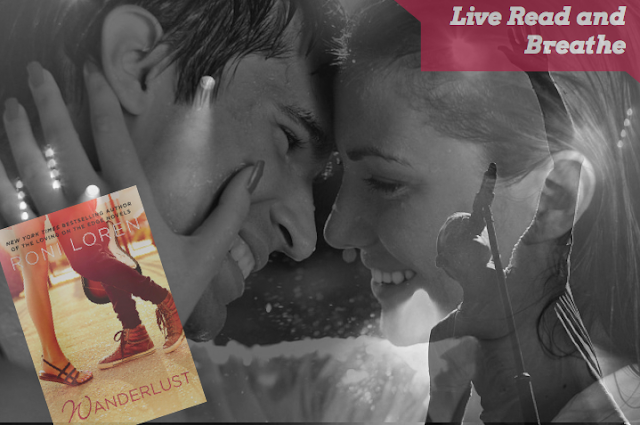 What these two don't realize is that they both need each other to fix their parts that were a bit bent from their pasts.

"No, babe.  You don't get it.  Your version of you isn't you.  It's what all those people in your life expect you to be."  He bent next to her ear,  "But that doesn't make it true.  It just makes you obedient.  Stop living someone else's life.  It won't bring her back."


It wouldn't be a contemporary romance without a little bit of drama, and sometimes the drama is too angsty for me, but within this story it was just right.  The only thing I hoped for was for her parents to fully find out the whole truth but I also see why it didn't happen as well.

"Because when I'm with you, I start to wish I was a different guy with a different life.  One who could have a girl like you and not fuck it all up."


I loved Lex and Aubrey together.  There was just something about them that just worked.  Roni Loren has such an ability to make you feel like you are going along for the journey with them from beginning to end.  Once I started the book I couldn't put it down.

It was sweet yet still steamy.  It was heartbreaking yet hopeful.  I loved it and I can't wait to read more from this author in any form that she writes.