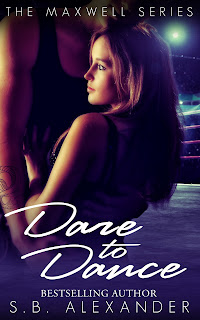 Hoping to sign with one of the biggest boxing promoters in the country, Kross Maxwell has to maintain a near perfect record.  He can’t afford to lose any more bouts. But his head isn’t in the ring. Instead, he can’t seem to shake his past that’s been beating on his mind. To get back in the game, he goes in search of the girl he walked away from--the one girl who's always owned his heart.

Twenty-year-old, Ruby Lewis, is angry and frustrated with the way her life turned out. She dreamed of becoming a ballerina, but instead of performing for the rich and famous, she’s swinging her fists at girls twice her size in filthy, underground fights. She’d give anything to sleep in a bed, rather than the cold dark streets of Boston. Begging for her next meal, she often thinks of the friends she once had, the nice home she lived in, and the only boy to ever steal her heart. But Kross Maxwell wouldn’t want her now--not with dirty fingernails, ragged clothes and oily hair. But when she runs into him, the concrete wall she’s erected around herself threatens to crumble, and she can’t let that happen--if she wants to survive and get back the only thing that's ever mattered to her.

Dare to Dance can be read as a stand-alone. The book is intended for audiences 18+ 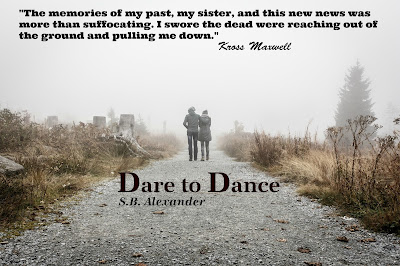 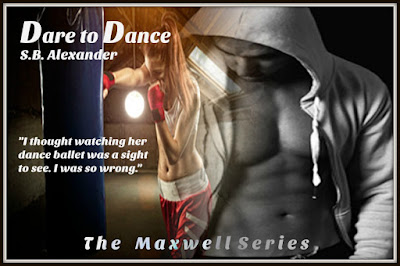 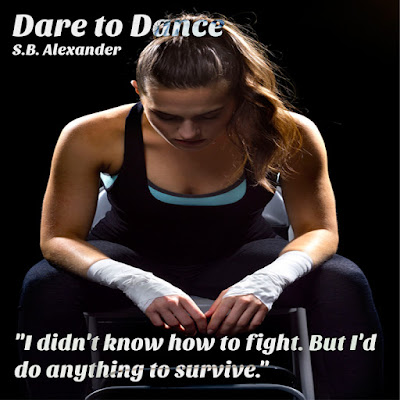 Finally Kross's story.  I wasn't sure what was going to happen for Kross, but what a journey it ended up being.

These Maxwell boys have quite the drama magnets for their choice in woman.  Each and every Maxwell so far as gone through quite the ride when it comes to their ladies, and for Kross his lady  takes the cake with her heartbreaking story.

I first fell in love with this series in Dare to Kiss where we first meet Kade Maxwell and his equally handsome, loyal, and charming triplet brothers.  Kross, Kelton and Kody may be triplets and look alike but they are completely different from each other.  We've already had Kade and then Kelton's stories, now we get Kross but I have to admit I'm dying for the intriguing Kody's story.

In Dare to Love Kelton had quite the scare but that scare ends up being Kross's reality.   For one year the Maxwell triplets got shipped off to private school while their mom was having a hard time.  Here is where Kross met Ruby Lewis, the incredibly shy but beautiful girl who completely intrigued him.  At first they had tons of fun but when it was time to go home, Kross didn't look back.  Even when Ruby was desperately trying to get a hold of Kross.

Now four years later and Kross's world is about to be blown apart.   Ruby Lewis was living a good life, but then her parents made some bad decisions causing them to leave Ruby in the most desperate way.  Ruby needs to survive so she makes poor choices with terrible consequences.  Now she's trying fight her way back from those choices.


Kross is still trying to make things right for his coach after his arrest with Kelton.  So when he's forced to go back to his old high school he feels the guilt of not returning Ruby's calls.  As he's in his old stomping ground he looks Ruby up to not only find out that she no longer lives there, but there was a lot of stuff he missed with those unreturned phone calls.

Now determined to wrong his rights, Kross is trying to find Ruby and doesn't know where to start.   The last place he ever thought he would find Ruby is the underground fighting ring.  Kross instantly feels what he lost and once had, and now wants to get it back.  As well as get him the answers to his new found questions.

Ruby is a bit gun shy and doesn't know how to react with Kross re-entering her life but she never really got over her feelings for Kross either.   Kross and Ruby start to re-connect but they also have to go through some hard truths if they want a future.

"No one is touching her except me,"  Kade grinned.  "I believe Dillon is right.  You're quite smitten."


As with all the books we don't just get one Maxwell we always get the amazing Maxwell family as well.  This family and their dynamics are what always make the stories.  I love the Maxwells and if only in reality we got men like these Maxwell boys.

I did like this story and Ruby's story is crazy to the point it could become unbelievable but from the world where she is living anything is possible and we truly don't know the truths behind many peoples story, so who knows what she had to go through, could be a very real truth for many that are in a similar situation that Ruby was in.

This story had a great balance of angst, suspense, love, loyalty, family and hope.  Plus it had the most adorable little girl that you just couldn't help but fall in love with that character.