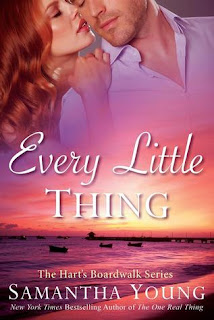 Hartwell, Delaware—the perfect place to get away from it all, and find what you never knew you needed…

Bailey Hartwell has many reasons to feel content—her successful business, a close circle of friends, and her steady boyfriend…even if their romance feels staid after ten years without a serious commitment. The only challenge in her life comes in the form of sexy businessman Vaughn Tremaine. She thinks the ex-New Yorker acts superior and that he considers her a small-town nobody. But when Bailey’s blindsided by a betrayal, she’s shocked to discover Vaughn is actually a decent guy.

Vaughn admires Bailey’s free spirit, independence, and loyalty. As his passion for her has grown, his antagonism toward her has only worsened. Every little thing Bailey does seduces him. But when Vaughn’s painful emotional past makes him walk away in fear he will hurt her, it opens an old wound in Bailey, and she uncharacteristically retreats.

Once Vaughn begins to realize he’s made the biggest mistake of his life, he has no choice but to fight like he’s never fought before to convince Bailey that the love they’ve found together only comes around once in a lifetime.

My Every Little Thing Review . . .

I knew I was going to love this book especially after reading the dedication.

We originally meet Vaughn and Bailey in the One Real Thing (Hart's Boardwalk #1).  And from the moment we meet these two characters I felt their animosity towards one another.

"You're cold through and through.  You haven't got anything real to offer a woman.  Nothing but money.   And sooner or later they'll realize not even money is worth a lifetime of nothing."


"I'm single because I want to be, Miss Hartwell.  Unlike you I'm strong enough to be alone rather than settle for mediocre.  But then like attracts like, doesn't it." 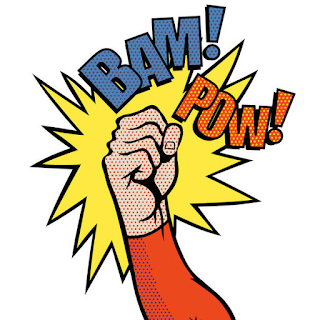 And then the gloves were off with these two.

However, we all know why their is such tension from these two, because both are harboring feels towards one another but both are trying to fight it.  And it was quite a fight they put up.  Until finally Vaughn couldn't keep fighting any more, especially since Bailey had some new threats towards her.

"Bailey doesn't need that.  She just needs us to be there for her."
"I'm pretty sure putting my fist through that asshole's face counts as being there for her."


I love this community's love and loyalty towards Bailey.  Because truly Bailey is the heart of this community and they all rally around her and support her whenever its needed.  Even Vaughn.

"You didn't love her, Vaughn.  And I need you to stop acting like your soul mate died and get on with your life."


There's generally a reason when someone's an asshole and for Vaughn he too had his demons of why it was easier to keep Bailey away then let her in.

" . . .. This is Bailey we're talking about.  That woman practically invented the concept of loyalty.  She's finished with him.  I say good riddance."

Even though Bailey may not admit her feelings, they weren't hiding their true feelings from the others.


"That's not true at all."  Jessica sounded exasperated.  " I wish you and he would just admit you're attracted to one another and stop acting like children at recess."

Baily and Vaughn's banter and tension was palpable.  You could feel it escaping from the pages.


I loved Jess and Cooper in the One Real Thing.   And I loved their guidance, support, honesty and friendship here to help aid Vaughn and Bailey sift through all their walls and bullshit reasons why they can't be together.

I fell for Samantha Young's writing in the On Dublin Street Series and my love for her writing continues with this Hart Boardwalk series.  I can't wait for more.  I'm torn if I want to find out Daliah's story next or to finally find out the mystery behind Jack's behavior and maybe see him and Emery together.

I love this community.  It is a sweet yet suspenseful series and Vaughn and Bailey fought the fought until they finally gave in and then magic erupted from these two.

4 About time thumbs up!

Posted by Live Read and Breathe at 13:00