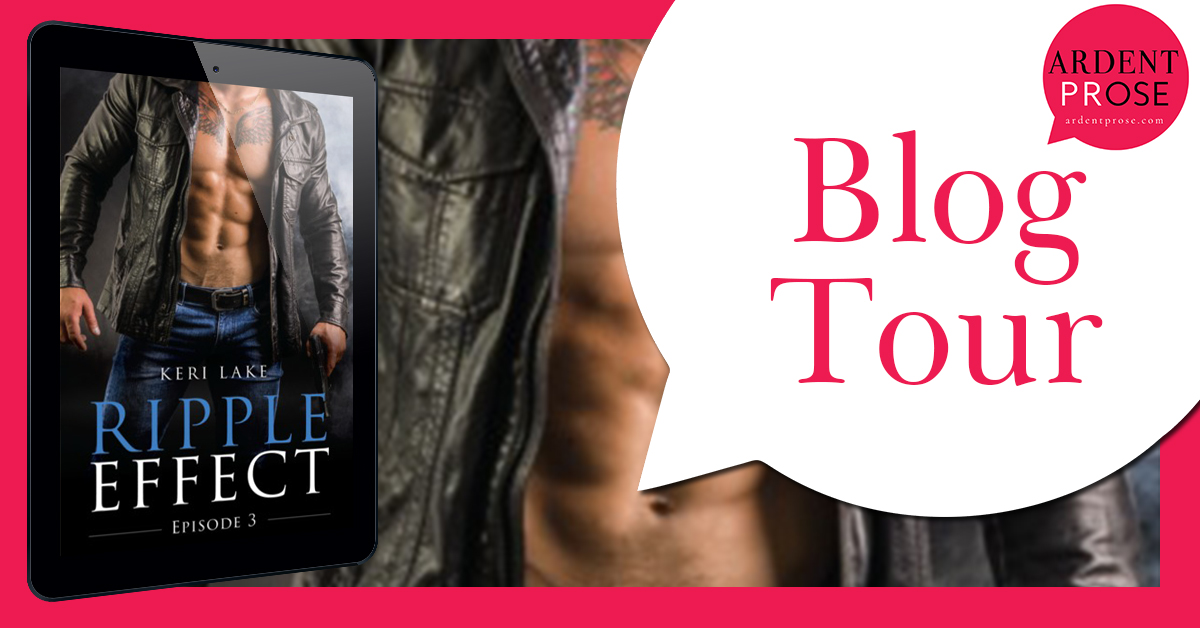 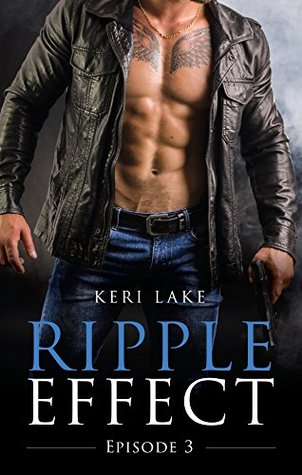 From the author of Ricochet and Backfire comes a dark erotic suspense serial ... Episode Three: In the underbelly, trust is everything, and Dylan will soon discover that Ripley trusts no one. With the return of an old threat, loyalty is on the line, and betrayal could mean the end of everything for both of them.
Series Synopsis: Ripley They call me RIP. I’m a killer. A murderer. A psychopath. In the eyes of the righteous, I’m a monster, born of sin and depravity. I want to protect her, but I’m not a good man. I want to love her, but I no longer feel. She gets under my skin, though, and has awakened something inside of me. Something I’d kill for. I’m not her savior—not even close. In fact, I’m worse than the hell she’s already suffered. I’m her vengeance. Tit for tat, as they say. And if she’s not careful, I’ll be her ruin. Dylan For months, I’ve watched him. I’ve fantasized him as my savior, my lover. My ticket out of the hell I’ve lived in for the last six years. I never dreamed he’d be my nightmare. Had I known what he really is, I’d have never gotten in the car that night, but life is full of cause and effect. And sometimes the choice on offer isn’t a choice at all. It’s the result of something already in motion, and we’re merely left to survive the ripple effect. *This is an erotic suspense/erotic romance not recommended for readers under the age of 18 due to graphic violence and sex

Dylan “I trust no one, Dylan.  The sooner you accept that the easier this will be for you.”“The easier what will be?”  I glare at him, studying the sharp, unyielding lines of his face as he stares out the windshield.  “Say it.  I want to hear you say it.”“The fuck do you want from me?”“Your honesty.  Do you want me to stay?  Or should we part ways here?”“Honesty?  It’s your honesty that’s in question.”  The lines from before somehow turn impassive and completely devoid of reaction.  “I promised you twenty grand.  I like to keep my promises.”“You’re an asshole, Ripley.”  When I open the door, a harsh grip of my arm tugs me back, but I twist out of it and stumble from the car into the thin layer of snow.I push to my feet and tromp off with a wet ass.“Where do you think you’re going?” The hint of boredom in his voice grates me even more, and all I can do is flip him off.  I need a place to go.  Somewhere to get away, so I can reel myself in without his taunting.  I want to be as cool and detached as he is, so I’m not wearing all this damn emotion for him to smother my face in, but the second the headlights flip behind me, I know I won’t get far.“Get in the car, Dylan.”  He’s driving beside me, one hand on the wheel, the other stroking his chin and I have to look away, because as sexy as he looks, all leaned to the side and chill, he’s still a bastard. A confusing, sadistic bastard who’s probably hoping I break down and cry so he can lick the tears off my face and laugh.“Go.  To.  Hell.”  I hate myself.  Every word that drips from my mouth screams pouty, eighteen-year-old brat—all the things I try desperately not to be.  But damn it, the man pissed me off.  Again.  The car stops and my heart kicks up to oh shit.  I up my pace, trying not to run across the slick snow and risk falling, but the moment the door slams shut, I know I’m screwed.He loves this.  This cat and mouse game between us.  I dare say it’s why he behaves the way he does, and even though I’m smart enough to read between his lines, I’m tired of the games with him.  The hot and cold and seclusion.  I’m tired of being the only one who doesn’t know what the hell is going on.I didn’t betray him, and that I have to keep proving that fact irritates the shit out of me.At the crunch of his boots behind me, I up my pace to a jog and in the next breath, I face-plant the snow.  My body is yanked backward and he flips me onto my back as if I’m nothing but a ragdoll.  On instinct, I kick out at him, but he ignores my pathetic fight and climbs atop of me, straddling my body, pinning my arms into the cold snow.  “If you don’t get off of me,” I growl, squirming in his grasp, “I’m going to scream.”“Scream.”  He’s taunting me, I can see it in his eyes that don’t so much as flinch with my fight.  “Scream loud.  Scream until your voice gives out.  Scream until the whole city can hear you.”“You’d like that, wouldn’t you?  You’re nothing but a sadist.  A torture-loving bastard!”“I haven’t begun to torture you, sweetheart.  But after this little stunt, you’re gonna wish you’d have just gotten into that fucking car.”“I hate you.  I really truly hate you.”“No you don’t.  You wish you hated me.  Just like I wish I hated you.”  He pushes a strand of hair behind my ear and for the first time tonight, his furious eyes soften. 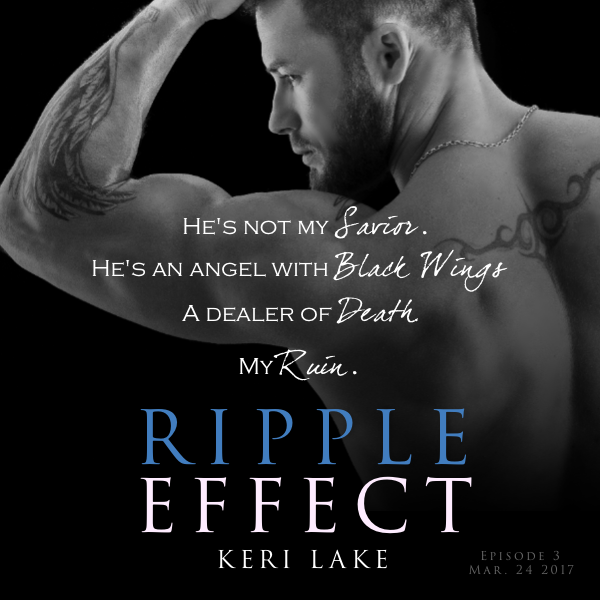 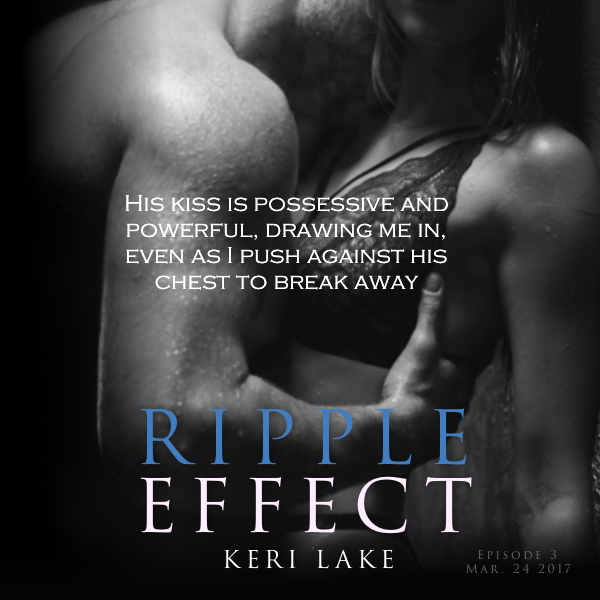 Gah! These two!!! I never thought I would like them as much as I am.  I think putting them into smaller episodes was brilliant because its been a slow burn filled with darkness, passion and intrigue.

Ripley, is a dark as you can be but he may have met his salvation.

My little bandit.  My goddamn ruin.


As Dylan and Rip start to peel off the layers they start to get to know each other and I gotta say I LOVE their banter.

"This is exactly why I haven't said a damn thing.  You wouldn't understand."
"En-fucking-lighten me then."


"Holy hell, did you just smile?"  I ask, crossing my arms over my chest.  "I swear I saw dimples."
"It happens sometimes."
"It freaked me out a little.  I almost thought you had happy thoughts tromping all over the blood, gore, and death."
"Those were my happy thoughts."


"You told me your mother died giving birth to you."
"I lied.  Confessing that I'm a momma's boy would've destroyed my killer game, don't you think?"

These two.  Their pull to one another comes alive through the pages.

There is no God here.
He's not my savior.
He's an angel with black wings.
A dealer of death.
My Ruin.

They don't want to believe in one another but their emotions have a mind of their own.  Now can they wade through all the bullshit to get what they deserve?

As we are going through the emotional roller coaster of Dylan and Ripley we get to the high point of the journey to only be left hanging by a thread with that humdinger of an ending.  I can't wait for episode 4!!!!!

I absolutely LOVE this delicious tale where we fall in love with one of the biggest anti-heroes there is.  It's Dark.  It's gritty.  It's passionate.  And it's fabulous.   If you like darker romances then give this series a go.

5 Dark is necessary thumbs up!