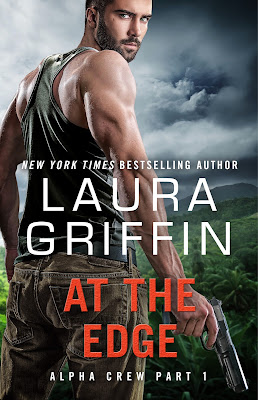 Dive into Part One of this heart-pounding romantic suspense story, which continues in EDGE OF SURRENDER: Alpha Crew Part Two!

When Emma Wright’s government plane goes down over the Philippine jungle, she’s forced to survive alone until an ultra-elite SEAL team goes in after her. As the leader of Alpha Crew, Ryan Owen is no stranger to challenges, but he’s never tackled anything quite like this sexy, smart, and resourceful woman. The mission is to get Emma home safely, but danger is everywhere, and Ryan’s unexpected desire for Emma could be a deadly distraction.

Back home in California, Ryan’s mission is over—but Emma’s has just begun. She knows her plane crash was no accident, and she’s determined to uncover the truth about what happened—even if her quest for answers puts her at risk. Torn between duty and desire, Ryan searches for a way win Emma’s heart while protecting her from an invisible enemy who wants her dead. 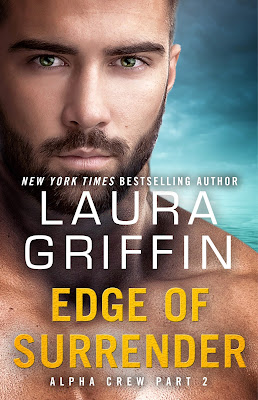 The scorching-hot romance between Emma and Ryan that began in AT THE EDGE: Alpha Crew Part One concludes in Part Two of this sexy, suspenseful adventure!

Ryan had one job: keep Emma safe at all costs. But after a night of passion, Emma takes off and Ryan soon realizes he’s not the only one looking for her. Can he figure out who’s after the beautiful government aide, and why, before she falls into the wrong hands…if she hasn’t already?

Emma’s fighting to get justice for her fallen comrades, but she can’t do it alone. She needs Ryan’s help, but that means trusting him--and dealing with the out-of-control desire blazing between them. Can there be any future for a marked woman and a man trained to kill? She hopes they live long enough to find out…

ABOUT THE AUTHOR
New York Times and USA TODAY bestselling author Laura Griffin started her career in journalism before venturing into the world of romantic suspense. She is a two-time RITA Award winner (for the books Scorched and Whisper of Warning) as well as the recipient of the Daphne du Maurier Award (for Untraceable). Laura currently lives in Austin, where she is working on her next book. Visit her website at LauraGriffin.com and on Facebook at Facebook.com/LauraGriffinAuthor.

Posted by Live Read and Breathe at 19:53