GUEST POST - What are the hardest scenes to write from all your books, and what makes it difficult.

Without a doubt…break-up scenes, and nearly every romance novel out there has at least one break-up scene. It’s almost as if that is a prerequisite for it being a romance. It’s not, of course, but all relationships have their ups and downs---highs and lows. There has to be a turning point that causes the characters to evaluate what they really want, and what they’re willing to sacrifice to get it.

When I’m writing, I feel what the characters are feeling. That includes having their heart break when, for whatever reason, the hero and heroine can’t be together. The first break-up scene I wrote for Hidden Threat had me crying so hard while I was writing it that I was wiping the tears from my eyes so I could see the screen. In the case of Cali and Matthew, it was all a misunderstanding…and…fear.

Fear plays a huge role in many romance novel break-ups. It can be fear of commitment, fear of the unknown, or even the baggage from a character’s past that makes them unable to move forward into a relationship. Either way, in order to write a believable break-up, one has to be in the moment, embracing all the emotions that come with it. The whole experience is draining, and can sometimes feel as if you’re in a state of grieving.

The reward is on the other side. There’s nothing like having your characters dragged through the emotional mud, and then seeing them overcome whatever it is in their way so they can be with the one they love. That’s what makes it all worth it. 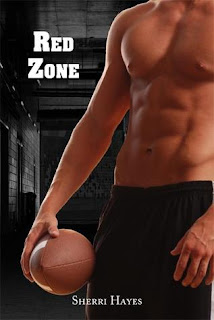 After a case ended badly for Rebecca Carson, she’s losing her mind sitting around her apartment waiting on her superiors to allow her to return to work. Since she was a teenager, the only thing she’d ever wanted was to join the FBI. Now that dream was in danger.
Gage Daniels has made a pretty good life for himself. A nice house. A career he loves. As a professional football player, he’s used to getting almost everything he’d ever want with just the snap of his fingers. This includes women. A well-timed smile is usually all it takes to attract the opposite sex, especially in Nashville.
When a stalker threatens Gage, the team owner calls an old friend, Rebecca’s ex-partner Travis Hansen, to help protect his star quarterback and find the person responsible. Hansen offers Rebecca the job, and she jumps at the chance. It’s work, and it will get her out of her apartment. How bad can it be?
Posing as Gage’s girlfriend, however, isn’t as easy as it seems. The man is relentless. Rebecca must work to protect Gage while staving off his advances. She’s there to do a job, nothing more. The last thing she wants is to be another notch on a hotshot athlete’s belt.
As the stalker continues to up the ante, Rebecca finds it harder and harder to keep her distance from Nashville’s star quarterback. He isn’t what she expected in one of the city’s most notorious playboys. Now all she has to do is keep him safe until they can find his stalker, and hope she doesn’t lose her heart in the process.

Sherri is the author of four novels: Hidden Threat,Slave (Finding Anna Book 1), Need (Finding Anna Book 2), Behind Closed Doors (A Daniels Brothers’ Novel), Red Zone (A Daniels Brothers’ Novel), and a short story, A Christmas Proposal. She lives in central Ohio with her husband and three cats. Her mother fostered her love for books at a young age by reading to her as a child. Stories have been floating around in her head for as long as she can remember; however, she didn’t start writing them down until she turned thirty. It has become a creative outlet that allows her to explore a wide range of emotions, while having fun taking her characters through all the twists and turns she can create. When she’s not writing, she can usually be found helping her husband in his woodworking shop. 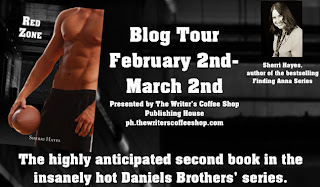