The Love Of My (Other) Life Blog Tour - Review & Guest Post 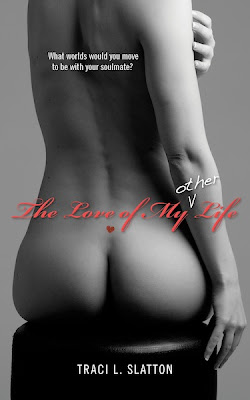 Guest Post:  Why Brian Tennyson is a yummy book boyfriend

Brian Tennyson is a bit of a nerd. He’s a physicist, or as he puts it, “Dr. Brian Tennyson, physicist at large.” He can’t sing, cook, or do magic. He has an eternally scruffy look. His hair is messy and his shoes don’t match. Oh, and did I mention that he’s not wearing underwear throughout most of the book?
But he’s still a straight-up scrumptious cut of man meat.
Brian is always game to help Tessa. He’s unstintingly giving and supportive to her. Sure, he argues with her, but only because he believes that’s in her best interests. He’ll do whatever he can, whatever it takes, to support her. He’s even willing to commit art fraud to keep her from losing her thumbs or going to jail. As he told her, he’s against forgery, but he’s for his wife. “I don’t agree with what you did, but if you’re in a jam, I have to help you out.”
It’s this unswerving dedication to his wife that makes Brian so appealing. First, foremost, and always, he loves Tessa. He admires her, he respects her, and he is wildly attracted to her. He’ll make love to her anytime, anywhere. He sees her remarkable potential as well as her beauty. And most lovingly of all, he built a ground-breaking machine specifically to do the impossible: to see her one more time.