Against the Cage by Sidney Halston Blog Tour - #review & #giveaway 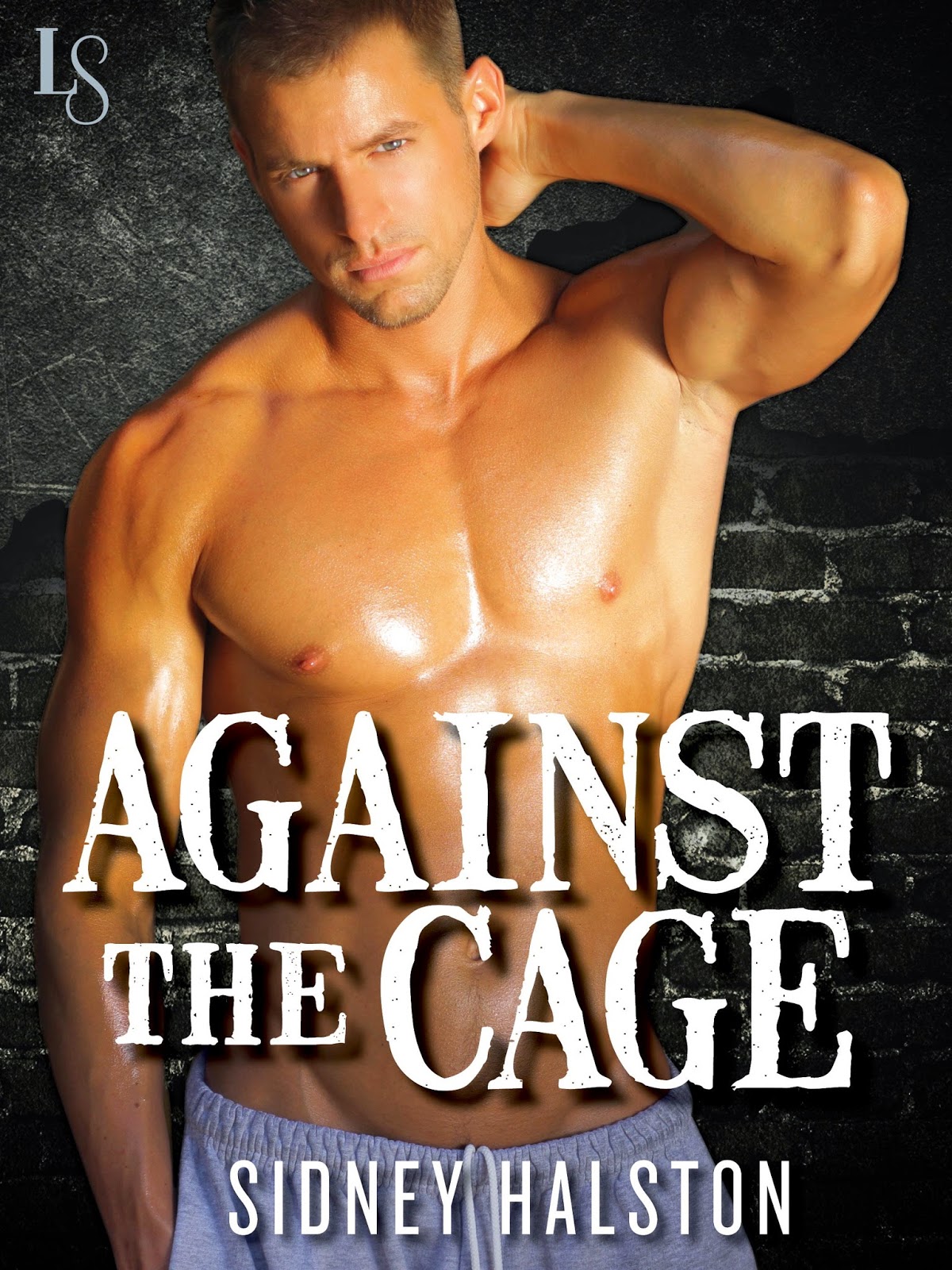 AGAINST THE CAGE: Worth the Fight Series
Loveswept Contemporary Romance
Written by Sidney Halston
Releasing May 27, 2014

In her Loveswept debut, Sidney Halston turns up the heat as a sexy cage fighter shows a former bookworm how delicious a few rounds between the sheets can be.

For Chrissy Martin, returning to her Florida hometown always seems to bring bad luck. The day starts with a breakup text, followed by a jailhouse phone call from her troublemaker brother. Now a routine traffic stop has ended with her accidentally punching an officer . . . in a delicate place. Then Chrissy realizes that the hot cop on the receiving end of her right hook is none other than the man from her teenage fantasies.

Jack Daniels knows how to take a hit. After all, when he’s not chasing reckless drivers, he’s kicking ass in a mixed martial arts ring. So what takes his breath away isn’t the low blow, but the woman who dealt it: a gorgeous knockout with legs Jack wouldn’t mind being pinned under—who just so happens to be his best friend’s nerdy little sister, all grown up. Soon their instant chemistry leads to a sizzling affair, but Jack and Chrissy are fighting an uphill battle if they want to make love last beyond the final bell.


Author Info
Sidney Halston lives her life by one simple rule: “The secret of getting ahead is getting started” (Mark Twain). Or even simpler: “Just do it” (Nike). And that’s exactly what she did. At the age of thirty, having never written anything other than a legal brief, she picked up a pen for the first time to pursue her dream of becoming an author. That first stroke sealed the deal, and she fell in love with writing. Halston lives in South Florida with her husband and children.
Author Links
https://www.goodreads.com/author/show/6916557.Sidney_Halston
https://twitter.com/sidneyhalston
https://www.facebook.com/Sidneyhalston
http://sidneyhalston.blogspot.com/

My Against the Cage Review ...

So, I think this book is supposed to about some alpha MMA males but it was hard to really grasp that when the star of this book was hands down the dog 'Drogo'.

Drogo by far stole the show.  The interactions with the dog and the dialogue about the dog were brilliant.

Chrissy goes back to the town she once lived to bail out her brother again but this time things aren't as smooth as she likes and she is forced to deal with her old neighbor (her brother's best friend), her old demons, her future and the ability to forgive and communicate.

Jack has always looked after his best friend's little sister but when he runs into her back in town he very quickly realizes that she is so much more than his friend's sister but it won't be easy to convince her as well as Drogo.

Chrissy and Jack are drawn together but are polar opposites plus Jack represents everything she hates and resents.  She has to overcome a lot if she wants to move forward.

I did quite like the book.  It had good chemistry and dialogue. The boys didn't come across as Alpha as I would have liked them to be, but the relationship between Chrissy and Jack was good.  However, my favorite part by far was Drogo if it wasn't for him, I don't know if I would have liked the book as much.

Sidney knows how to keep the dialogue deep yet light with elements of suspense and surprise.  I will be continuing with this series as I can't wait to find out what happens with Chrissy's trouble making brother in Full Contact.  Pre-order from Amazon here.