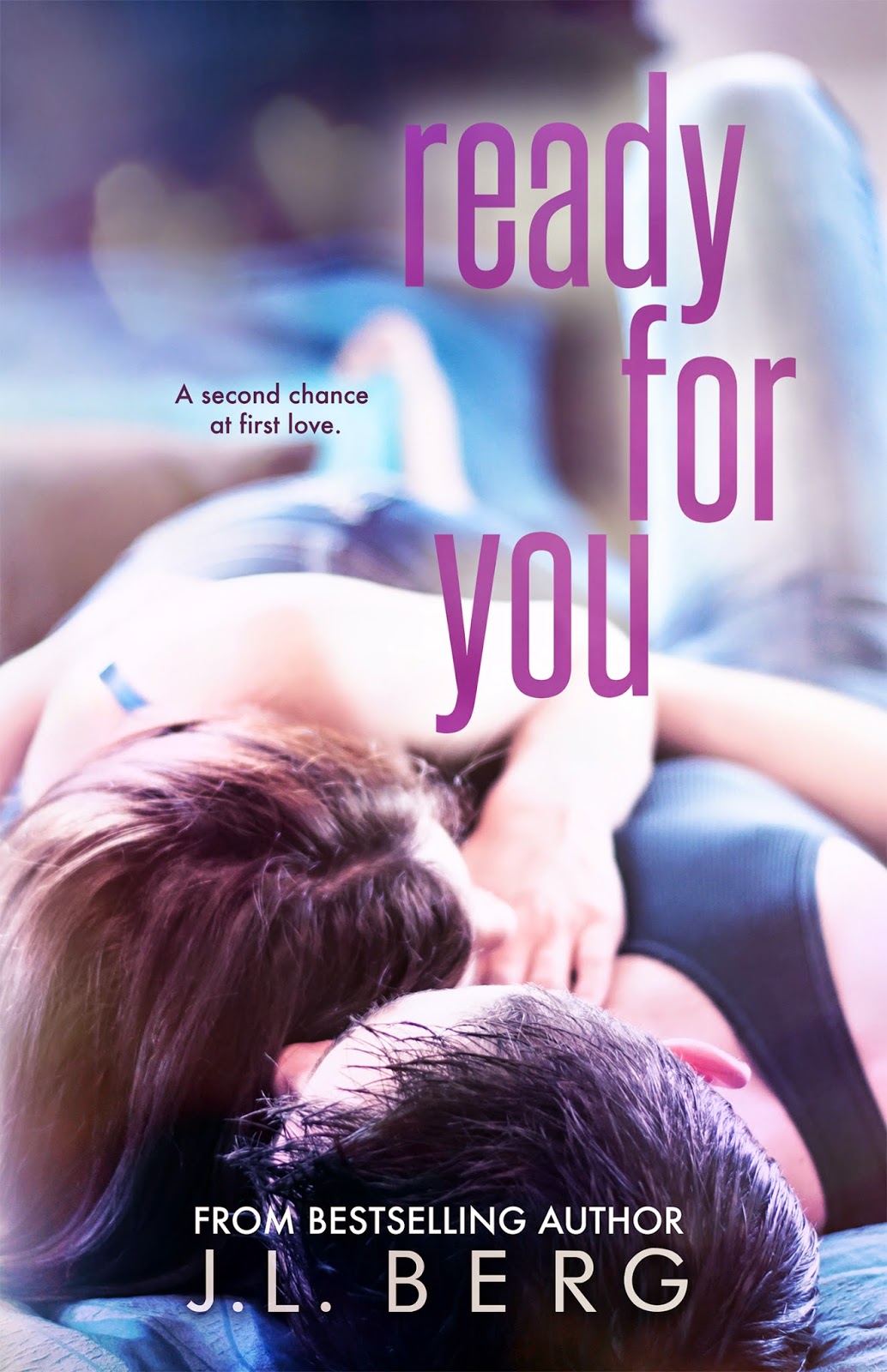 Eight years ago, Garrett Finnegan’s world shattered the day Mia vanished from his life. He’s been struggling to pick up the pieces ever since. Haunted by memories and ghosts of the past, he chooses a solitary existence rather than risk his heart again.

Mia Emerson has made one wrong decision after another but none worse than walking away from the boy who stole her heart so long ago. When her new life is turned upside down, she finds herself returning to her roots and the hometown she left behind. Maybe now she can find a way to heal from the devastating mistakes of her past.

When a chance encounter brings these former lovers together, passion reignites in a way neither is prepared for. Can Garrett move beyond his anger and find a way to forgive? Will Mia’s insecurities and fears cause her to once again flee the life she’s destined to live?

Garrett and Mia will soon discover that they must journey into the past to find their way home.

About JL Berg: J.L. Berg is the USA Today bestselling author of the Ready Series. She is a California native living in the beautiful state of historic Virginia. Married to her high school sweetheart, they have two beautiful girls that drive them batty on a daily basis. When she's not writing, you will find her with her nose stuck in a romance novel, in a yoga studio or devouring anything chocolate. J.L. Berg is represented by Jill Marsal of Marsal Lyon Literary Agency, LLC.

With our bags loaded, we started to make our way back to the car, weaving through the crowd and enjoying the sounds of people talking and soft music playing. I smiled when I heard a child laughing.  I turned to see a child being thrown over his father’s shoulder.

“Garrett! Stop it! I’m too old to be carried!” The child laughed.

“You’re never too old to be tackled, Connor! We’ve got to get you ready for football!”

That voice—even after eight years, I would recognize it anywhere. My stomach fell to the concrete, and my feet cemented to the ground. I was frozen, completely frozen. Everything slowed. The street noise melted away, and each and every shopper disappeared until I saw him. He had the boy slung over his shoulder. They were both laughing and breathless from their horseplay. He looked older, but it was still him. He still had the same jet-black hair, emerald eyes, and dazzling smile. A beautiful blonde woman was smiling at the two of them as they joked around.

My heart finally caught up to my brain, and it felt like a jackhammer was beating hard and fast in my chest. My hands shook, and my knees suddenly felt weak and wobbly. I had no idea how much time had passed since I saw him.
Minutes? Hours?

I didn’t know, but it couldn’t have been long since Liv was just now noticing my crazy behavior.

“Amelia, are you okay? You look like you just saw a ghost,” she said.
When I didn’t respond, she must have glanced up because I heard her gasp. She’d seen him, too.

“I-I need to get out of here—now,” I gritted through my teeth.

I just nodded and started to turn. I couldn’t face him. He probably hated me.

He had a kid. That hurt. My hand went to my chest, trying to rub out the pain settling there. He had a child. That meant the blonde standing next to him was probably his wife. Garrett was married. It had been eight years. Of course he would be married. I didn’t know why I was surprised, but he wasn’t supposed to be here. He had moved away. He was supposed to stay away. I couldn’t be here if he was still here. I couldn’t breathe if he was still here.

“Come on, sweetheart, let’s get to the car,” Liv said gently, grabbing my arm and guiding me toward the car.

I just gave a brief nod as I let her lead me.
We hadn’t made it three steps before I heard the words that made my heart come to a screeching halt. 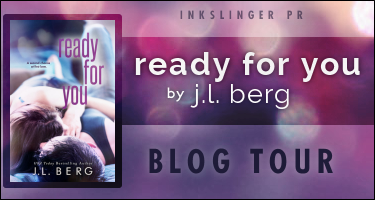 My Ready For You Review ...

Gah! I absolutely love J.L. Berg and this series. I have been dying to find out what Garrett's deal has been and what a doozy it was.

Garrett has been in love once and she crushed his heart.  Even years later he can't seem to move on from his one true love.  Then 8 years later his past collides with his present threatening to obliterate what is left over of his heart.

"Then, you've got to let it go, man. Love is pure. Don't let something like doubt or anger work its way in and taint it from the beginning. You'll never recover."

Mia thought she was doing the right thing leaving Garrett but she has never been whole since.  8 years is a long time and many secrets have been collected making matters worse.

This is your life. Don't walk away from something based on assumptions and miscommunications.

Mia and Garrett are destined to be together but the past is hurtful and hard to get over.   Mia and Garrett have great chemistry but big hurdles to cross. 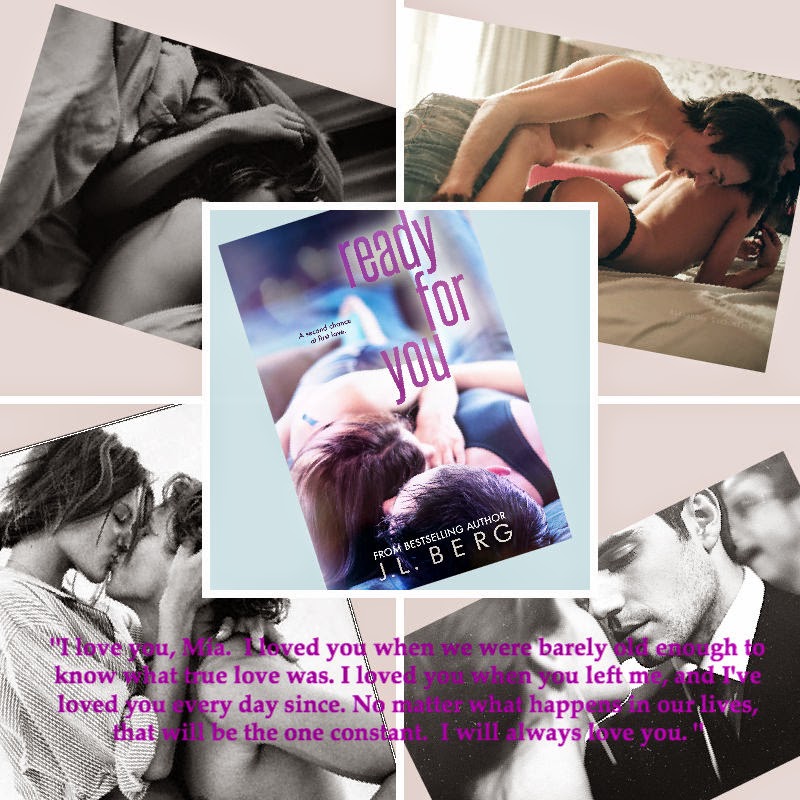 I did like this story but between the three I will admit that Garrett and Mia are not my favorite of the three couples so far but I have to admit it is hard to beat the fabulousness of Clare & Logan and Leah & Declan. I so can NOT wait to read Liv's story in Ready or Not and of course Ready to Wed where we get the wedding of Clare and Logan.

J.L. Berg has a knack of tying up my emotions in a knot and gutting me when I least expect it.  I think secretly she is a sadist when she writes but that is probably one of the big reasons I love her writing.

4 Ready or Not Thumbs up!