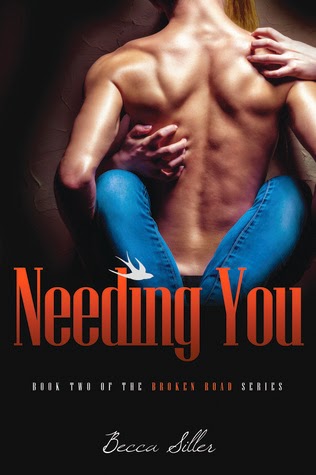 Needing You: Book Two of the Broken Road Series

Dealing with the trauma of her kidnapping and vicious treatment at the hands of her ex-boyfriend Tony, Charlie struggles to find her way back to normality. Life was never supposed to be like this. Once she met the sexy, loving heartthrob, Wyatt Grayson, everything should have been OK. But will the repercussions of her abuse be too much for the couple to handle? Can Wyatt give Charlie the time she needs to recover without reverting to his promiscuous ways while filming in Scotland? Will Charlie's growing feelings for Ian, a gorgeous, supportive and attentive detective, supplant her love for Wyatt? Will jealousy and misunderstandings finally drive them apart, or is love really enough?

Praise for the Broken Road Series

“I will definitely be reading book two in the series. If you are looking for something that is hot and steamy mixed with a little nail biting suspense, this is definitely a book worth reading.”
— Loverly’s Book Blog

About the Author
After releasing her first novel, Wanting You, to rave reviews, Becca Siller is back with the second installment in the Broken Road Series. When not writing steamy romantic stories, she enjoys time with her family and works on her ranch in Oregon.

Source: eARC for Honest Review Courtesy of Inkwater Press
Genre: NA Contemporary Romance
Part 2 in a series.  It is NOT a stand alone.

My Needing You Review ...

I will admit that Wanting You the first book was not my fave but the damn cliffhanger kept me holding on. So, when I got the opportunity to review I jumped on it dying to find out what happened with Charlie and Wyatt.  I'm so happy that I gave this series a second chance because this book was leaps and bounds better than the first book.  It kept me captivated and was less predictable.

This was about how Charlie recovers from her traumatic event with her ex Tony.   Charlie is having a hard time moving forward and is lashing out and pushing everyone away.  Almost all of her friends understand this but poor Wyatt has some personal demons which cause him not to see what is actually going on.  Instead he goes back to his player ways to deal with his emotions.

For Charlie, since Wyatt is moving on, she also does with Ian.?

I was so frustrated with Wyatt and Charlie's choices.  In this part of the book it was the part that made me pretty mad with how Charlie and Wyatt reacted but the clincher was that it was like only a week after the 'event' and then all of a sudden they are both moving on.

But this book was not only about Charlie and Wyatt it was also about Riley and Miles (whom I adored), Scott & Darius and the rest of the gang.   As Charlie and Wyatt muddle through their relationship trying to fix what is broken, many other layers are being created with Ian whom has some secrets and the unknown issues with Olivia.

I felt this book was much better written than the first. The dialogue felt more natural and not as forced and there was more substance than Wyatt and Charlie just having sex all the time.   We were almost left with a HEA then Becca Siller decided to play with our emotions again leaving another open ended ending sucking us in to find out all the answers in the next book but I don't have a hot clue about the future of book 3 and there are no answers on Goodreads ;(.  Fingers crossed that the next book will be out sooner than later so we can find out if Charlie and Wyatt get there HEA.

3.5 Getting Better Thumbs up!