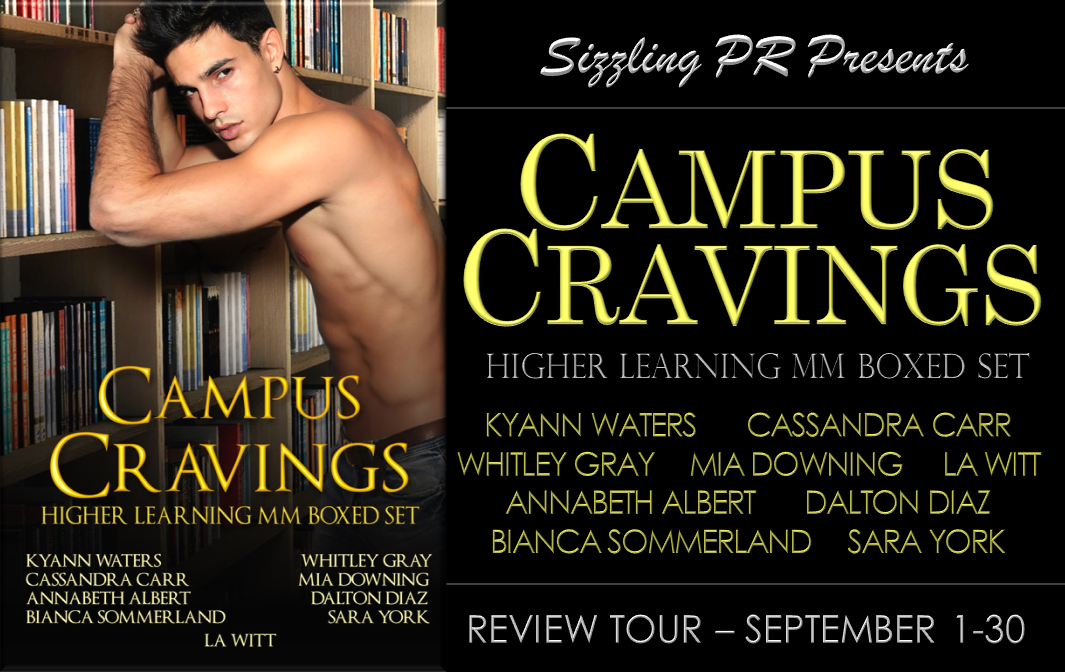 Campus Cravings
Welcome to Cathia University, where school is in session! Nine of today's hottest gay romance authors have crafted brand-new interrelated novellas celebrating everything wonderful about college, including sophisticated professors, sexy teaching assistants, ambitious grad students, and spirited undergraduates, all looking for the same thing: an A+ in true love.

Annabeth Albert: Winning Bracket
Metrics and tournament brackets—who knew they were sexy? When competing dorm advisors Edwin and Ollie bet on a basketball tournament, neither expects he’s risking his heart. As the challenge becomes a hot bedroom battle to avoid real feelings, the two “frenemies” must change their definitions of losing to win a shot at lasting love.

Hockey jock and English Lit major Brendan knows he’s gay, but hasn’t come out to anyone, fearing a possible backlash. Then he’s tapped to be a TA for a hot professor and feels an immediate connection. Now he must decide how much he’s willing to risk to score the ultimate goal.

Adam Warren is counting down the days until he can put “Professor” next to his name—and his disastrous past with Tyler Ford behind him. When a fluke puts Tyler in Adam’s class, the graduate assistant faces some hard choices while Tyler faces an uphill battle for a second chance at first love.

Coach John Graham needs a new assistant for Cathia U's equestrian team. The last person he expects to get the job walks into the barn and stops his heart. How is he supposed to focus on the team when his ex-lover—sexy horse trainer Finn Parker—wants back into his life…and into his bed?

When friends ask one-night stand connoisseur Michael Esteban to introduce shy virgin Cobey Miller to the joys of sex, Michael balks—lust is his thing, not teaching. But Cobey’s problem meeting men fuels Michael’s decision to help Cobey become a gay-sex-loving guy. It’ll all be fun and games—unless someone falls in love.

Gage Tackett comes off as a bad boy—detached and maybe a little dangerous. Definitely not Vet Sciences Professor Derek Paulson’s type. When Gage arrives at Derek’s veterinary clinic with a frostbitten stray dog, Derek realizes his most difficult student has a few things to teach him. Things he’s more than willing to learn.

Ryan Kane could lose his scholarship and his position on the pitch. Jake Finely offers to help. Only Ryan and Jake discover their private lessons have more to do with sex ed than Business Ethics. When a tenured professor offers Ryan an indecent proposal to make the grade, will he choose soccer or Jake?

LA Witt: Did Somebody Order a Pizza?

Paul Switzer has been miserable ever since his childhood love, Cory Bowman, chose a fraternity over him. When a pizza delivery to the frat house lands the exes face to face for the first time in eighteen months, the wound is reopened... and so are Paul's feelings for the only man he's ever loved.

Cole only has the courage to lust after the swim team from afar. When Seever asks to share a table at the packed coffee house where Cole is studying, he’s sure it’s a joke. But after one touch and one scorching kiss, Cole thinks the chance meet could lead to something with substance.

First off this box set was LONG but good.  I was going to review each book within
the series but it took me forever to read and I realized that this post would be too
long so it is a summary review instead. There were some stories that were better
than others.  There were some stories that were too short and some that were too
long.  But they neat thing is that all of them were set in the same world that is
Cathia University.  Which is a very liberal LGBT friendly university. 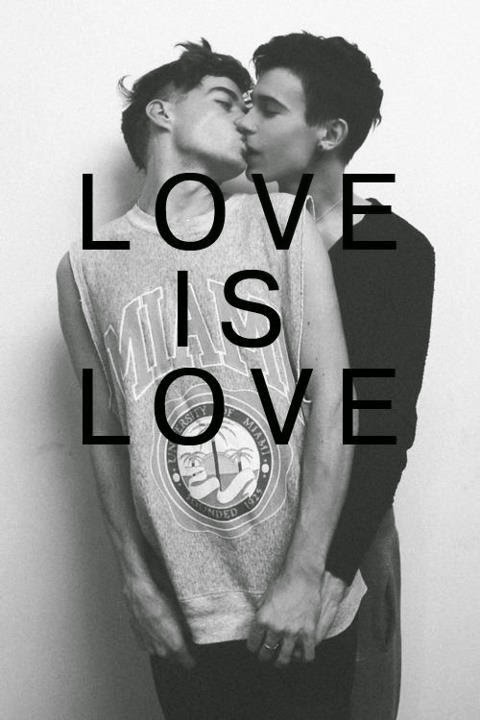 The awesome thing about box sets is that you get to see some of your favorite
authors which probably drew you into the box set to start with as well as you get to
experience new authors that you haven't read before but now have a new list of
authors to add to your TBR.  However, out of the set I think my favorite story was

Whitley Gray: Artistic Endeavor  which was sweet and grabbed at my heart strings.

If you like the MM genre then this is a box set worth the read.  Some of my ratings
per story rate from 2.5 to 4 so I will average my review to a 3.5 thumbs up!

Posted by Live Read and Breathe at 18:48