Alexx Andria delivers a motorcycle club romance between two very bad, yet sexy men and a woman with enough curves to satisfy them both.

My name is Zoe Delacourte. I thought I was going to build my future on the backs of Jax Traeger and Hunter Ericksen -- bad boys from the wrong side of the tracks, running the notorious motorcycle club, the Kings of Asphalt -- in my mind, the story had practically written itself. I was so naive. Little did I know they were going to change everything I ever knew about myself.
Jax and Hunter. I can't even say their names without trembling.
They don't see a fat girl or a girl who might be pretty if only she'd lose some weight. No, from the moment I walked into their club, they saw a hot, sexy woman with curves for days -- and they couldn't wait to get their hands on me.
Some people call them bad men. They see the rides and the rap sheets and they slap a label on them. I don't care what they've done -- all I care about is what they're going to do to me next.
But loving them is dangerous. In fact, loving them might just get me killed.
*The following MC romance is approximately 41,000 words featuring a strong central love story, danger, and the rough, seedy world dominated by two bad boys and their curvy woman. 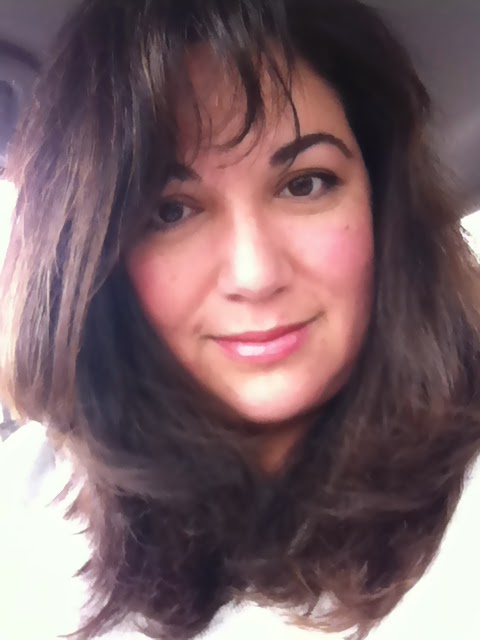 
USA Today bestselling author Alexx Andria is the pseudonym for RITA-nominated contemporary romance author, Kimberly Van Meter. Born in a small town with a flair for the dramatic, Alexx Andria has a delightfully perverted nature that she hides behind a mischievous smile. Alexx loves being the life of the party and doesn't mind one bit being the center of attention (just ask any of her friends or family!) She loves to write about Alpha men who are wonderfully flawed and just a little dangerous and heroines who are smart and sassy, but just a little vulnerable, too.


Connect with the Author

Confession: I like bad boys.
Wait, I should clarify. I like bad boys in fiction. In real life, not so much. But because I write about Alpha heroes who are just a bit damaged, my secret preference shouldn’t come as a huge surprise. Perhaps it comes from my youth and that wild, insatiable fever that comes with teenage hormones. As a teen, I was irresistibly drawn to the misunderstood boy with a bad streak and I paid for that fascination. Let me tell you a story.
A true story!
We’d been friends for years — since the third grade, actually — and suddenly, as these things happen, I realized he was pretty damn cute and he must’ve felt the same about me for he asked me to prom. I did the usual prom-prep and when he was an hour late to pick me up, I feared the worst — being stood up. What I didn’t realize then was that being stood up might’ve been a blessing in disguise.
This was before cell phones (I know, I’m dating myself, right?) so I called his house and his mom said he’d just walked in the door and he was getting ready. While I’d been primping for hours, he’d been at the river! I forgave him because a). he was so cute!; b). I was dumb. Oh man, was I dumb. To make a really long story short, I ended up running through the forest in a formal dress, dragged by my bad boy as he attempted to avoid being arrested. And, well, you guessed it, we didn’t make it. My date was arrested, and my mom (horror of all horrors!) had to come pick me up. To say it was mortifying, is an understatement. I should’ve drop-kicked my bad boy after that boneheaded stunt but I hung onto him for a while longer. Long enough to make a few more bad decisions together until I finally came to my senses and left him in the past.
So bad boys in real life suck. They are bad boyfriends, worse husbands and generally, a pain in the ass because they don’t hold jobs and make a permanent dent in your sofa with their ass.
But bad boys in fiction? Smart, sexy, hot, virile, and only redeemable by that special woman made just for them. Cue the dreamy sigh.
In Kings of Asphalt, there are two foster brothers running the motorcycle club, The Kings. They’re everything you might assume of a motorcycle club leader — rough around the edges, playing fast and loose with the rules, and sexy as hell. Oh, and of course, damaged to their core and they know it. They’re in desperate need of that special woman to make them whole again but, of course, they can’t see that at first.
I love putting my characters through hell because the make-up sex is always so much hotter! But it isn’t all about the sex, right? No, there’s actually a fair amount of humor in this story and while that wasn’t planned, one of my beta readers said it was the element that helped Kings of Asphalt really stand out among the rest of motorcycle club romances out there. You tell me, what do you think?
Now, it’s time for your confession: Do you have a bad boy in your past? Did you keep him or kick him to the curb? Share!

Posted by Live Read and Breathe at 06:30