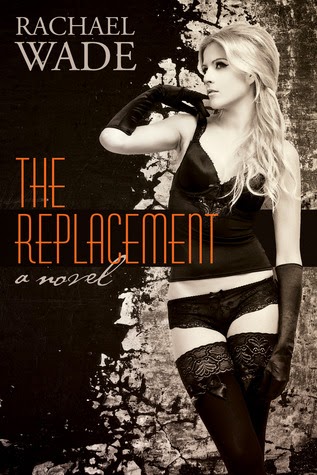 Synopsis for The Replacement (January 24th 2014):
*Contains sexually explicit content and mature subject matter, including language and elements of abuse.*

A gritty New Adult drama about a young woman’s self-destructive quest to find purpose, self-worth, and love in a broken world.

My name is Elise Duchamp. I’m twenty-three years old and I’m known as the town whore.

No, not the kind who exchanges sexual favors for money. The other kind. The kind who gives it all away for free, whenever and however she likes. I am that girl. The one everyone whispers about and the one none of the girls seem to like, because all of their boyfriends either want to sleep with me or already have. Promiscuity is my thing—the kind that slowly, violently turns my insides black, but gives me something I need.

All things considered, I’m not completely reckless. I’m safe, and contrary to popular opinion, I do have a heart. I live in a world of careless choices, and with those choices come careless people. I cannot judge them, because I am one of them. I too bow down to the altar of the self-serving. I am not a good friend. I am not and never could be anyone’s girlfriend. I’m convinced any goodness in me shriveled up and died long ago.

But I am a replacement. That is something I know how to be, and this is a story of the lengths I’d go to in order to keep it that way.


This book had me go through a plethora of emotions reading Elise's journey. It's amazing the damage words can do. The choices Elise makes because of self hate and lack of self worth are astonishing. 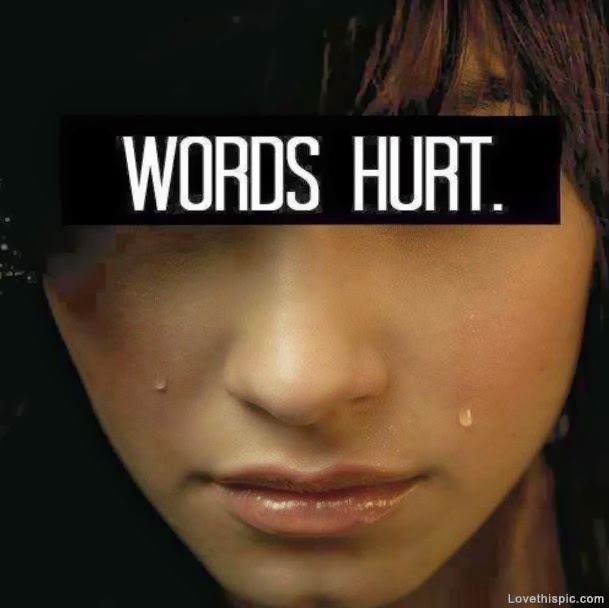 Elise 's character will not be for all. Some will hate her, some will relate to her, some will feel sorry for her and some will be neutral. Words have broken Elise. She believes she doesn't deserve happiness and all she has to own his her beauty so she uses it as a weapon.

"You just want to hurt people, because you've been hurt."

Elise is hurt so she hurts people back and doesn't let anyone in until Ryder and then eventually Natalie. With Ryder she loses her heart but doesn't know how to accept her happiness so she self sabatoges it.  When she finally realizes she wants friends she reaches out to Natalie and for a brief moment she is happy with this friendship and Ryder.  Then the consequences to her actions rear their ugly heads and she does the ultimate action that finally destroys everything.

"For the record, I knew you were broken. Not like it was a secret. I wanted to know you anyways."

Watching her destroy her happiness was hard to read. You want to shake her and you scream for her not to make her bad choices because you know the consequences are going to be big.

"It's more than typical daddy issues,"

For Ryder he likes to fix pretty broken things. You realize that he has the patience of a saint and a heart of gold to be able to forgive and wait out Elise's journey not knowing that she will pick him in the end.

"We all have a past, Elise. Sometimes we don't like where the road takes us; sometimes it leads us exactly where we need to be. I don't regret my past, and I don't give a damn about yours. All I care about is this."

"Go ahead. Give me all you've got. Rip my fucking heart out if that's what you need to do. But it won't change this. I love you and I know you love me."

This is not your typical love story but it does of a happy ending. It's a journey and evolution of a severely broken girl trying to heal and find her worth and her happiness 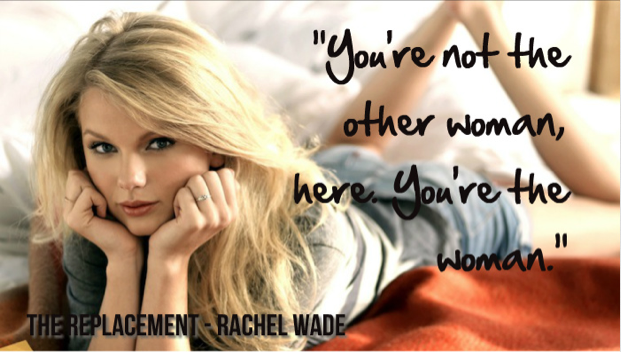 Life's too short, and love's too good to pass up for some sham deal. You don' think there's something better out there? You're wrong. I know because I found it-the real stuff-and I'm the last person on the damn planet who deserves it. If the universe can hand me some, it sure as hell can hand some to you. Besides it's not a matter of deserving. It's a matter of respect. Unconditional grace.


4 Not your typical beautiful Thumbs Up! 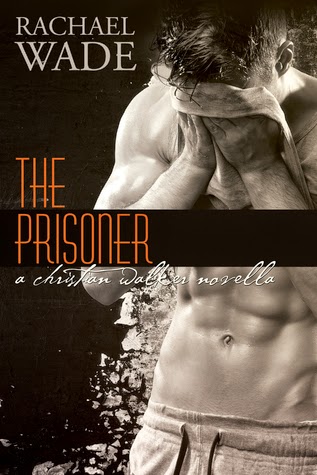 ***THE PRISONER is a novella (approx. 25,000 words) intended to be read AFTER The Replacement. Contains explicit material and language.***

My name is Christian Walker, and Elise Duchamp is my drug of choice.

No matter how hard I try to break the habit, it’s a lost cause. Okay, maybe I haven’t really tried to quit this particular habit. All I can think about is owning her. Making her mine. Can you really blame me? With that sinful body, luscious mouth, and wicked tongue, she’s every man’s dream, and she knows it.

No one is immune to her charm, not even me, a man who has everything—a beautiful wife, an office with a view, and more money than most people can spend in one lifetime. Only I know how to make her toes curl. Only I know her body better than the other men she screws in her free time. None of them can compare to me.

But the joke is on me. I’m the prisoner.

The name makes me cringe.

She loves him, and I love her. In my own way, I always will. But the bad guy doesn’t always belong with the bad girl. Sometimes the bad girl needs a good man to believe in her, to give her that final push toward ultimate transformation. I wish I was that good man. That I could be her happily ever after. I guess that’s the thing about prisoners, though. They’re left alone with their torment, and in the end, they have no one to blame but themselves.

My The Prisoner Review ...

In The Replacement I had mixed feelings about Christian Walker, so to finally get to see what was going on was quite refreshing.  I have to admit who I thought Christian was the man to be, was so totally off the mark. 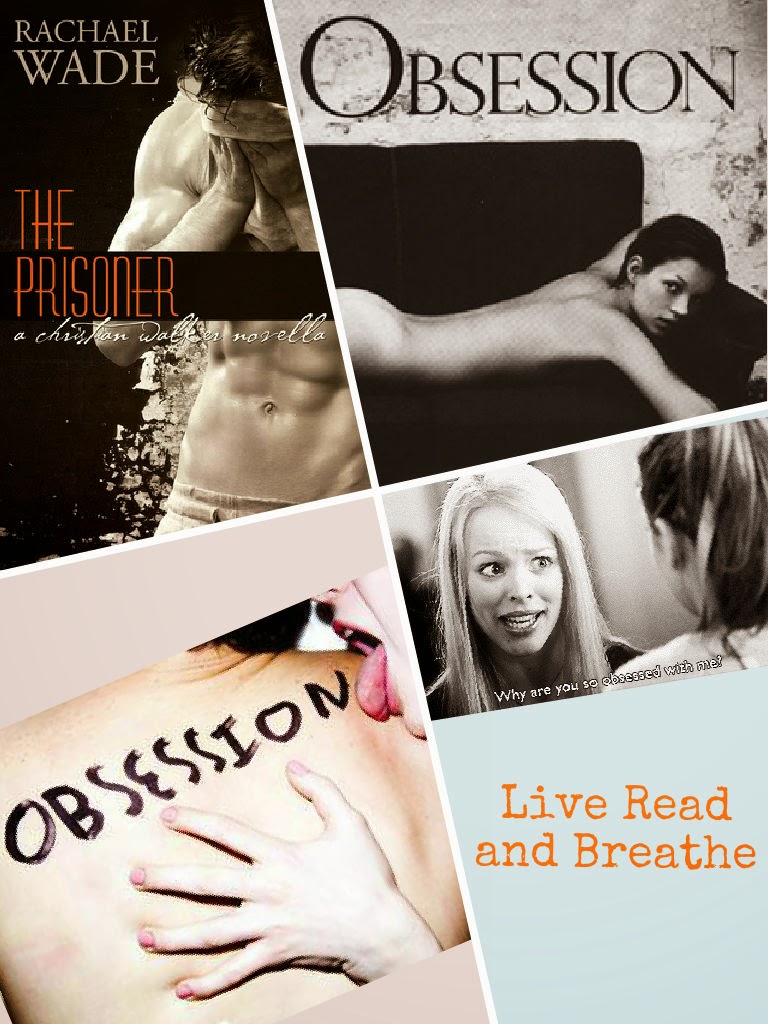 Christian was a man who got everything he wanted and then some until he met Elise Duchamp.  After meeting her he has to possess her to the point of unhealthy obsession.  In The Replacement at times I was routing for him but then I fell in love with Ryder and Christian became second fiddle.  Now that I know that Christian is not as innocent or so hard done by my opinion is starting to change.

Lust and love is a fine line but for Christian his desire and needs turn into obsession not love.

Love propels you to change, because love is evolution. Obsession shackles you into repeating the same pattern over and over, until it drives you both mad.  Sometimes they go hand in hand, but at least this time, I know the difference.

But after losing what he thought was dear to him softens Christian and again changes your view on him.  Christian has many layers to him even though many are superficial but it still causes a complex man yearning for something more.  Will Christian turn a new leaf and learn? Who knows? Will he be free of his shackles. We hope so but ...Christian may not be a man who learn from his mistakes. I didn't love this novella as much as the novel but I found it refreshing and intriguing to delve into the mind of Christian Walker. 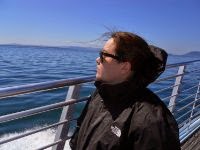 AUTHOR BIO
Rachael Wade is the Amazon bestselling author of The Preservation Series, The Resistance Trilogy, and the upcoming sci-fi series, The Keepers Trilogy. When she’s not writing, she’s busy learning French, watching too many movies, and learning how to protect animals and the environment. Visit her at www.RachaelWade.com and www.LightsOnOutreach.com, or come chat with her on Twitter via @RachaelWade