Come to Me Recklessly (Closer to You #3) by A.L. Jackson ~ #bookreview 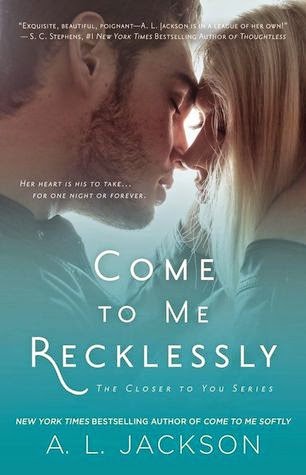 Come to Me Recklessly (Closer to You #3)

His heart was turned off…

Until she turned him on…

Christopher Moore gave up on the idea of love years ago. Now, his life is an endless string of parties and an even longer string of girls. Enjoying the physical perks with none of the emotional mess, hes convinced everyone that hes satisfied—everyone but himself.

Samantha Schultz has moved on with her life. Finishing her student teaching and living with her boyfriend, shes deluded herself into believing shes content. But there is one boy she never forgot—her first love—and she keeps the memory of him locked up tight. She will never allow any man to break her the way Christopher did.

When Christopher's sister and her family move into a new neighborhood, Christopher is completely unprepared to find Samantha living at the end of the street. Memories and unspent desires send them on collision course of sex, lies, and lust. But when guilt and fear send Samantha running, Christopher will have to fight for what has always been his.

My Come to Me Recklessly Review...

I Love this series! And I love second chance romances.  Finally things are going smoothly for Jared and Ali but what about poor Christopher?  When does he get his HEA?

In the first two books Chris goes through woman like there is a zombie apocalypse on the horizon and having sex is his only way to survive.  We all knew it was a coping mechanism but we weren't sure what it was in regards to.

Now we finally get to realize that poor Christopher has had his heart broken when he was young and has never found anyone to replace that void even though he was looking.  However, the way he was going about was through hollow sex with no emotional connection.

Samantha has had one epic love of her life but it imploded to smithereens.  For now she's content for settling, because it feels safe where she can't get hurt any more 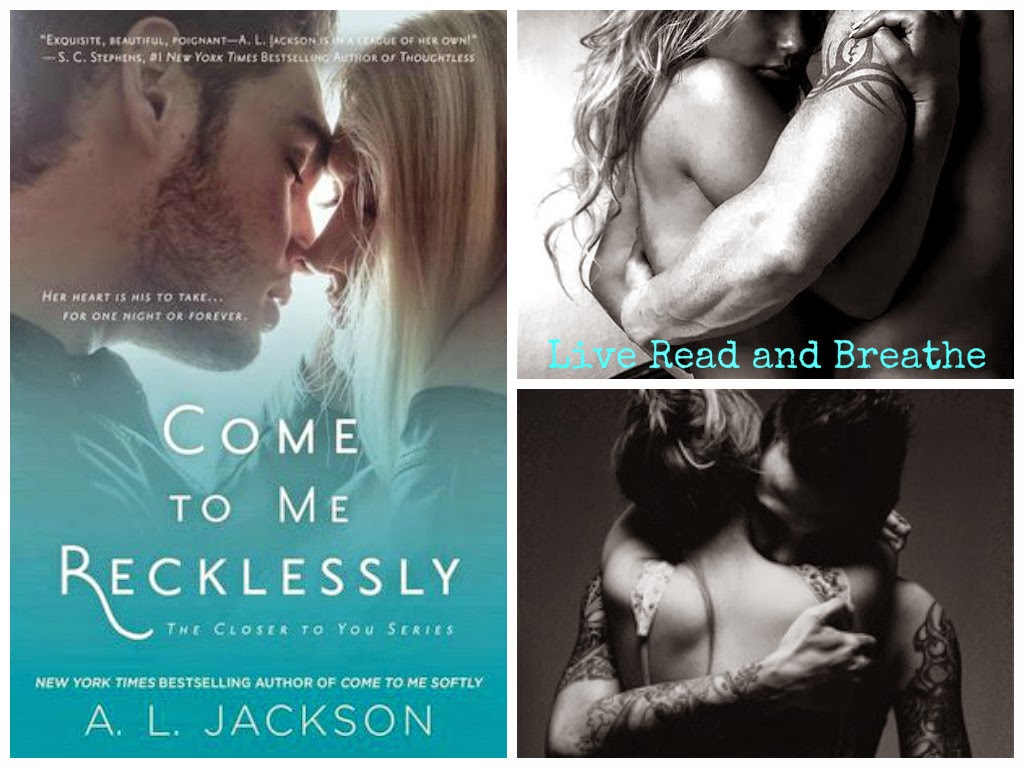 Now a chance meeting with Ali changes Sam's world.  Ali has always wanted the best for Chris and she believes that Sam may be the ticket.  So Ali may butt her nose in a bit for these two since they can't find their own peace without it.

The feelings have never subsided for these two but it doesn't always mean its right.  However, for Chris this time he won't let he go.  For the whole book you know that their breakup was going to be from an epic miscommunication.  A.L. Jackson has such a gift at keeping you reeled in just waiting for it all to unfold.  Chris and Sam wade there way through back to each other but its not an easy journey.  There's heartbreak and anxiety but its worth it in the end.  But be warned to have some tissues ready for near the end as my heart literally wept at this part.  Even though parts were heart wrenching they also help open up to the reality of what was going on.  It helped everyone to move forward to find their slice of happiness and light.