Two brothers.
One woman.
One son.
One choice.
Lives ripped apart, shattered and rebuilt.
Evan and Nate Archer: Brothers, best friends, warriors and now enemies. Both in love with the same woman. Both determined to fight for what they want.
Nate Archer promised to protect Ryley Clarke in the event Evan didn’t make it back. It’s a promise between brothers since the early days of basic training. Nate never considered that his feelings, long buried since high school, would resurface and grow stronger.
Evan Archer wants answers. He wants someone to pay. After being gone for an unprecedented amount of time, nothing is making sense now that he’s home. Most of all, he can't understand how his brother ended up engaged to his fiancée. Evan is determined to uncover the mystery, and win back his family.
The Archers are about to fight dirty.

Our kisses turn soft, less eager, but with more passion. Her hands move from my chest and onto my neck as her fingertips play with my earlobes. Horns honk in the background causing her to pull away, but not before I get another taste of her lips. I don’t know about her, but I’m having a hard time catching my breath and when she pulls away, the pink flush of her cheeks tells me she felt something too.

Heidi is a New York Times and USA Today Bestselling author.
Originally from the Pacific Northwest, she now lives in picturesque Vermont, with her husband and two daughters. Also renting space in their home is an over-hyper Beagle/Jack Russell, Buttercup, two Parakeets, Gonzo & Hedwig, and their newest addition of a Highland West/Mini Schnauzer, Jill.
During the day Heidi is behind a desk talking about Land Use. At night, she's writing one of the many stories planned for release or sitting court-side during either daughter's basketball games.

My Choose Me Review...


Every day since I read Here with me I have been foaming at the bit to read this story and find out what happens with Evan, Ryley and Nate.

At the end of Here with Me we are left with confusion of Nate and what all this means for this trio. Now in Choose Me we get to find out what happens.  Evan has been wronged by the Navy and he's lost everything that means anything to him.  Now that Nate is back, Ryley is back to not knowing who to choose as she loves both of these men.

If Evan can't have Ryley the way he wants then at the least he wants to be the father to his son.  In Here with Me, Evan Junior gets told that Evan is his father but what Evan needs is for Nate to tell him, to reiterate this fact and let his son know that he is his true father.

Nate loves Ryley and Evan junior but he also loves his brother.  He doesn't know how to fix this scenario and have everything work out for everyone.

Even though the brothers may be on different sides, what they do agree on is their love for Ryley and Evan Junior.  But that doesn't mean they aren't going to play dirty to get what they want.

Ryley is just plain confused.  I have to admit I LOVE this story but her wishy washy ways did drive me a bit batty at times.  I think the reason I had a problem with it is because I had a clear winner in my mind the whole time. So, when she wasn't on the same wave length as me I started to get frustrated, because not only was she hurting me with her indecision, she was also hurting Evan and Nate.

I know she's afraid of hurting Nate, but her indecisiveness is slowly killing me.  (me too)

This love triangle drama could have been enough of a story but no it was so much more.  So many facets combined had me staying up all night to finish this book, so I could find out what happened.  And what a story it was.  There were a few loose ends that didn't get answered but no worries there is more to come from this series according to Goodreads.

This book had so much angst and drama between the triangle and the navy cover up that I was hooked.  I can't say too much about what happens because then it would ruin the reading experience, but this series is definitely worth a read.  I love romance and suspense combos as the story has so much more depth then just the whole book being based on relationship angst. 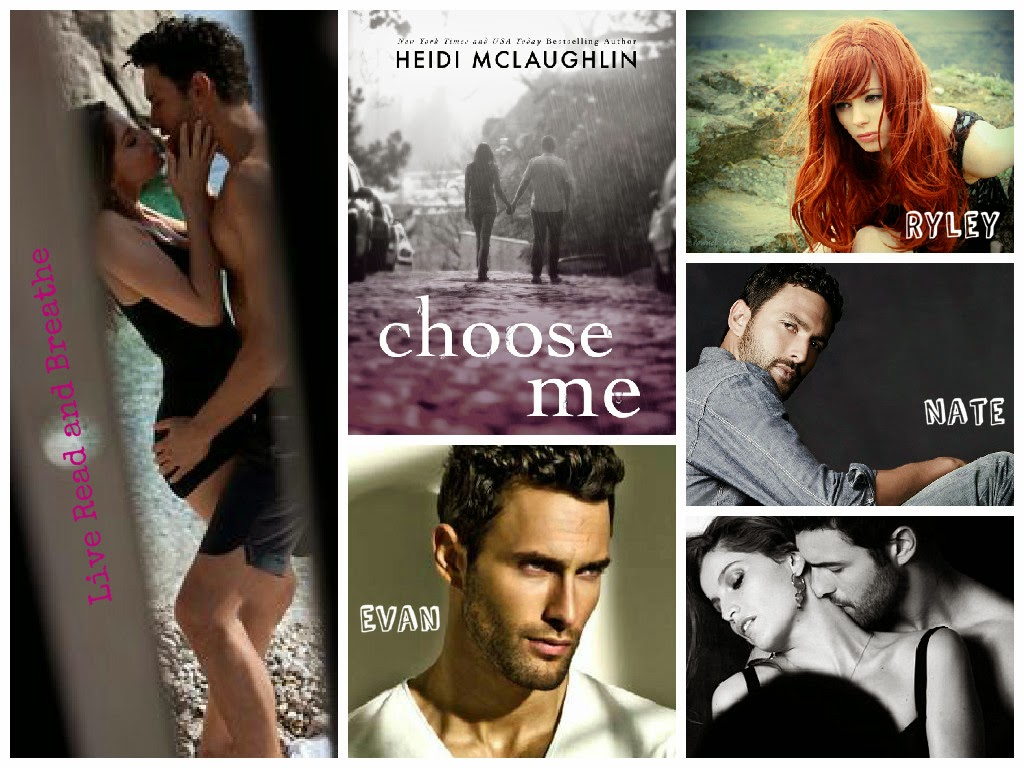 
Link to my Here with Me Review