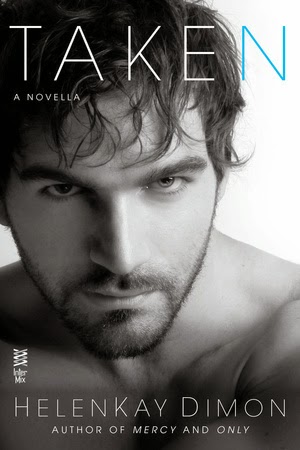 Known for her “emotional, sexy and smart”* stories, now, HelenKay Dimon presents a bold new novella that takes readers to the edge…

Wade Royer and Elijah Sterling are on shaky ground. While initially reluctant Eli is finally ready to take things to the next level, Wade is hesitant. He senses trouble coming and he’s right. Still, they know their fiercely undeniable connection—both in and out of the bedroom—is worth saving.

Then a man from Eli’s past reappears and the CIA comes calling—and they both want Eli back. With their relationship in jeopardy of falling apart and Eli in danger of a different kind, both men will have to decide what they really want—and then take it…


Includes an exclusive preview of HelenKay Dimon’s latest novel, Mine.

This book says it's a standalone but it is technically in conjunction with Mercy and Only.  We meet Wade Royer and Elijah Sterling in Mercy where I fell in love with them.  Sadly I never read Only but the synopsis made me believe that I should be able to read this is as a standalone.  Unfortunately I have to disagree a bit with this statement.  Did I love Wade and Elijah? Yes!  Did I like the novella? Yes! Did I feel like I was missing something of substance? Yes! 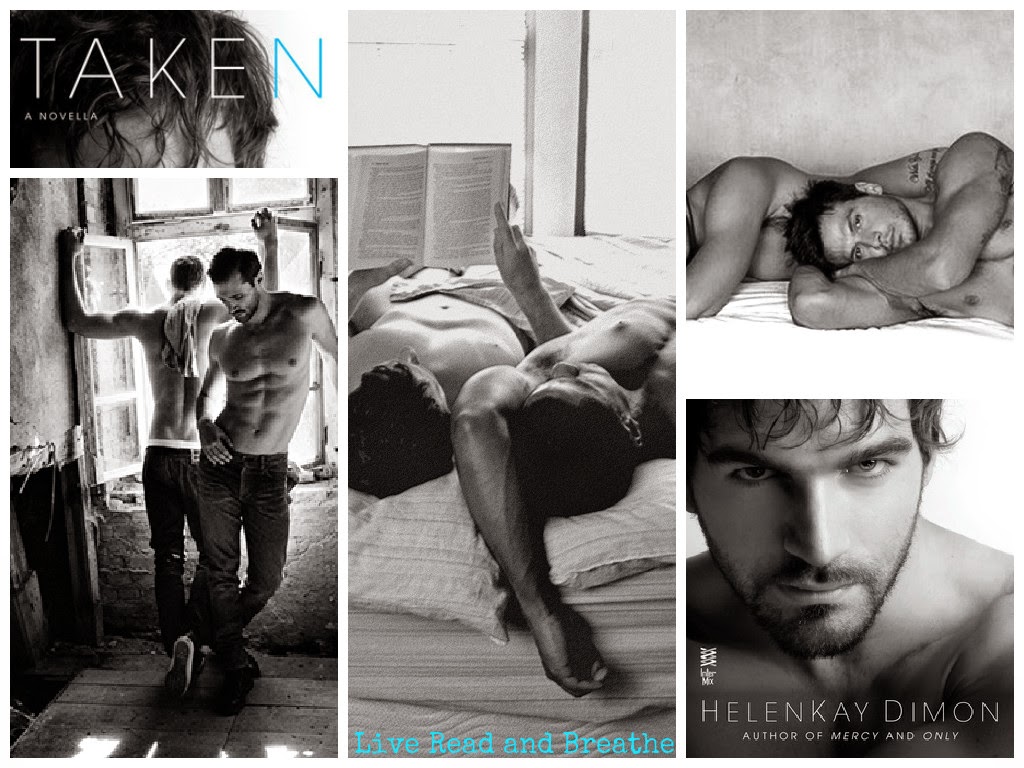 This story kept alluding back to a blow up fight between Wade and Elijah but since I never read Only I don't have a clue what the fight was about which left me not fully comprehending the options and devastation between these two men.

"It's him I worry about.  I saw the way that guy looked at you.  I know the expression of a guy who loves you, because I wear it every damn day."

Wade and Elijah are both extremely strong, proud and independent men.  Wade has always known his preference but with Elijah he swings both ways. Which has always made Wade a bit insecure in their relationship.  Then they get into a rip roaring fight sometime in the past?  (Again not sure when) Realizing that they want to try again doesn't mean all their issues went away.

"Just know that I am so fucking in love with you that I can't see straight."

Now that Wade and Elijah are trying to be together again after a big allusive fight they are having more sex than substance.  This aspect made me a bit nervous that I was going to be a bit disappointed but then thankfully these boys started to get their shit together and get down to the nit and gritty and deal with their emotions so they can be stronger together than apart.

"You are the thing I didn't see coming and the only thing I can't live without."

Wade and Elijah have shit loads of chemistry and now have found a path to make their relationship work.   I do like these books which are all standalone but technically are part of an unofficial series.

3.5 Taken by hot passion thumbs up!