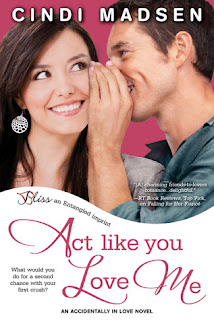 by Cindi Madsen (Goodreads Author)
What would you do for a second chance with your first crush?

Brynn McAdams isn’t the awkward drama geek she was in high school—she’s grown up and confident, or at least she likes to think so. But when her old crush, the impossibly handsome and impossibly unattainable Sawyer Raines, comes back to town to direct her community play, Brynn finds herself determined to be someone other than the girl he doesn’t even recognize. Good thing she’s an excellent actress.

After his bad breakup in NYC, the last thing Sawyer wants is to get involved with another actress. But the glamorous and beautiful Brynn draws him in, even though as her director, he knows she’s off-limits. There’s just something about the woman that feels…familiar. Like home.

As Brynn’s lies start to snowball, she struggles to stop acting and come clean. But what if Sawyer is already falling for the fake Brynn, not the Brynn she truly is?

Here we have a little tale about...

Brynn.  A late bloomer with a geeky past and a grudge that she can't let go.

Now we have Sawyer who was the cool kid in highschool but misunderstood because he didn't let anyone in. So people only saw what they wanted to see.

Now he re-meets Brynn not realizing that he actually already met her.

With the first impression assumptions were made which eventually turned into lies of ommission.

For Brynn she was blinded by her past and couldn't see what was right in front of her.

Sawyer and Brynn start to get closer but both are keeping secrets.

But the truth ALWAYS come out and people get hurt. 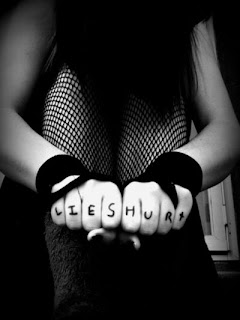 But once the truth is out sometimes love can be enough and what we need.

Cute story and I loved seeing Dani and Wes from the Falling For Her Fiance (Book 1).  This was a sweet story about love and second chances.