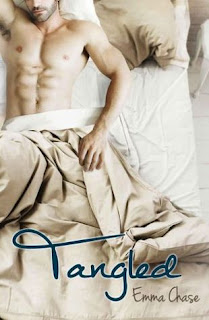 by Emma Chase (Goodreads Author)
Drew Evans is a winner. Handsome and arrogant, he makes multimillion dollar business deals and seduces New York’s most beautiful women with just a smile. He has loyal friends and an indulgent family. So why has he been shuttered in his apartment for seven days, miserable and depressed?

He’ll tell you he has the flu.

But we all know that’s not really true.

Katherine Brooks is brilliant, beautiful and ambitious. She refuses to let anything - or anyone - derail her path to success. When Kate is hired as the new associate at Drew’s father’s investment banking firm, every aspect of the dashing playboy’s life is thrown into a tailspin. The professional competition she brings is unnerving, his attraction to her is distracting, his failure to entice her into his bed is exasperating.

Then, just when Drew is on the cusp of having everything he wants, his overblown confidence threatens to ruin it all. Will he be able untangle his feelings of lust and tenderness, frustration and fulfillment? Will he rise to the most important challenge of his life?

Can Drew Evans win at love?

Tangled is not your mother’s romance novel. It is an outrageous, passionate, witty narrative about a man who knows a lot about women…just not as much as he thinks he knows. As he tells his story, Drew learns the one thing he never wanted in life, is the only thing he can’t live without.

First off I thought this book was a little gem in the rough.  I didn't know what to expect but I adored it. I loved the fact that is was done from Drew's POV at the same time it was like he was talking to the reader.  By doing this I felt more drawn into the story and love all the nuances of what was going on.
First off this book had me

Now Drew is the perpetual bachelor. 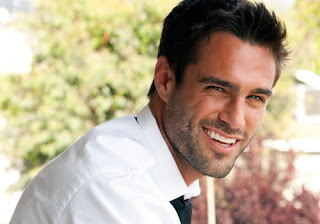 Who thinks he is God's gift to the opposite sex.

Obviously, she doesn't subscribe to the "I can only eat salads in front of the opposite sex rule" rule of thumb a lot of chicks swear by. Who gave women that idea? Like a guy's going to say to his friend, "Dude, she was one fugly chick, but once I saw her chomping on romaine, I just had to nail her."


Who is finally brought to his knees when he finds his match. A match in every way.

The banter between the two is hilarious. Especially when the are fighting for the same campaign.
Their sexual tension can be cut with a knife.

Drew has never had to work for anything before but now he knows what he wants and his not going to give up until he gets it.

I think Drew's niece Mackenzie may have stolen part of the show with her swear jar and wise ways. Plus it showed Drew's softer side (well as soft as Drew can be)

"Johnny Fitzgerald has a penis. He say his penis is better than my bagina."  "Johnny Fitzgerald's an idiot. Vaginas beat penises every time. They're like kryptonite. Penises are defenseless against them."

This book was great! It had fun, laughter, loads of laughter, hope, friendship, second chances, family, sex, passion and love