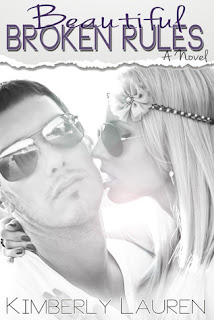 by Kimberly Lauren (Goodreads Author)
What happens when you create rules to keep others out?

One thing Emerson Moore has come to terms with is that she is the school slut. She knows her way around a frat house and how to get what she wants. She doesn’t make any excuses for her actions and she doesn’t pretend to be anything different. She is who she is and with that she knows how to have a good time. She’s made rules to keep relationships at bay and avoid the demons of her past.

When her best friend, Cole has his two friends from back home move in with him she begins to think she has met her match with Jaxon Riley. Jax is the perfect mixture of tattooed muscle and a sweet-talking mouth. With “hand” written notes, a voice that exudes sex and knowing just how to get under her skin, Jaxon learns how to break all the rules. But will he just end up breaking her heart anyway?

New Adult/Adult Contemporary Romance - recommended for ages 18 and up.

I was very curious about this book and I was in a bit of a book funk and it did the trick and perked me right up.

The story starts with Emerson who is known as the school slut by everyone including her self.

She thought it was easier to be a slut than have a relationship that could potentially get her hurt. Huh! Not quite the most logical jump but hey who am I to judge.

Now enter Jaxon who first meets Emerson with one of her walks of shame but that didn't stop Jax from noticing Emerson.

Jaxon is hot, troubled, tattooed, football player, possessive, and so loving. Too loving to a fault because he makes a bad choice thinking that he is helping which by the way he was totally NOT helping at all.

Now let's talk about Cole, Quinn and Jace. You really can't get better than them for friends and a new family. They are all awesome, loving and supportive and they all see Emerson for who she truly is, even though she can't see it.

With the love of Jaxon, Quinn, Cole and Jace the true Emerson finally appears and stays because finally she begins to love herself and realize a reality that was true instead of the false notions she beleived her life to be even though she was quick to judge and not listen to the truth.

This quality of hers and that fact that she ran instead of dealt with anything really urked me throughout.  At times she was so annoying like Keira from the Thoughtless Series.

The connection between the two is palpable and strong enough not to be denied. 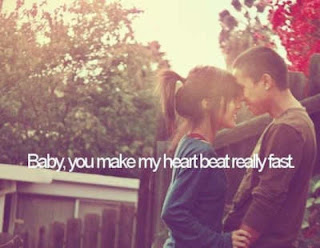 There was a lot of pushing and pulling between the two. Some for the right reasons and most for the wrong reasons.

In the end you see why Emerson is the way she is and learn to accept her for who she is like she does for herself.  You also get to see how the fate and love is much stronger than fear and logic.

Thank goodness Jaxon blows through her walls because their love is beautiful and they bring only but the best in one another.