Here is a little Q & A from the fabulous Kristen Ashley...

-If you could cast Lanie and Hope in a movie- who would be your stars?

I tend to have problems with answering this question because they are so well-formed in my head, the way they look, act, walk, talk, everything, giving them an actor’s face is near on impossible for me.

-Who are your writing inspiration/muses?

Judith McNaught was my all-time favorite romance novelist. I loved how deep, poignant and funny her books were. How manly the heroes were. How likeable the heroines. How she didn’t give short-shrift to the secondary characters and used them to enrich the story.  There was a depth of emotion in her books that struck a chord with me. But also, I remember smiling or laughing often so it wasn’t a trudge to get through her books or all about sex. Her books were so well-rounded, so deep, the worlds she created seemed real, like you’d fallen into the pages and there you were—lost in another world you were happy you were in. I have a lot of goals with my writing, trying to pull that off is one of them.

-what was your favorite book growing up?

To Kill a Mockingbird by Harper Lee. In my opinion, far and away the best book ever written. 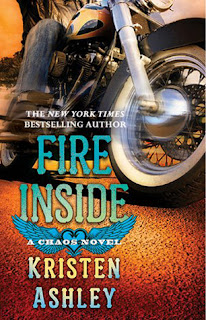 Fire Inside (Chaos #2)
by Kristen Ashley (Goodreads Author)
Lanie Heron isn’t looking for love—no surprise, considering her last serious relationship nearly got her killed. So when Lanie propositions Hop Kincaid, all she wants is one wild night with the hot-as-hell biker who patrols with the Chaos Motorcycle Club...

For Hop, Lanie has always been untouchable. She’s too polished and too classy for his tastes. But when she gives Hop the once-over with her bedroom eyes and offers him a night in paradise, he can’t say no. And he doesn’t regret it when he finds that Lanie is the best thing that’s ever happened to him—in or out of bed. Now the trick will be to convince her of that

I could NOT wait to read this next installment in this series and again Kristen Ashley knocked it out of the park once again but this book did have a different feel than her others.

As well as Lanie's loving but poor decisions in her past.

For Lanie she was guarding her heart 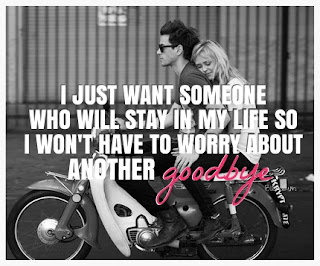 For Hop he wasn't looking for love 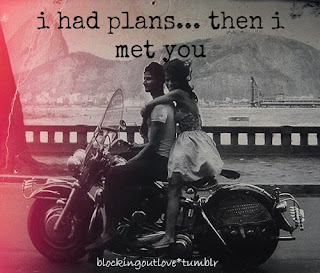 But Lanie put up road blocks where ever she could

Hop felt once he had class he couldn't let go. He knew what he had and didn't want to let go.

As soon as Hop and Lanie got together you almost forgot about their pasts and just wanted them to break through their shit together even though there were a lot of internal and external interferences that were going against them.


When rules didn't apply, only feelings did.
You went with your gut, you led with your heart, you did what you wanted and you didn't think of consequences.
You lived.
You were free

I did really enjoy Lanie and Hop the only thing I didn't feel was her nickname 'Lady' I loved the sentiment about it but throughout the whole book every time I read it, it seemed to grind on me a bit  but other than that I loved it and can't wait to find out about the shit storm that is brewing in Denver. 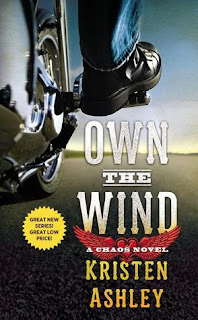