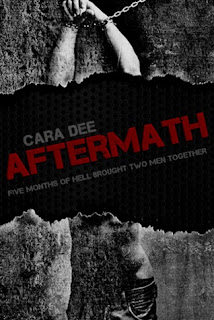 by Cara Dee (Goodreads Author)
Austin Huntley and Cameron Nash are like night and day. One is a family man, works in a nice office, drives an expensive car, and is content to be content. The other one is an antisocial car mechanic with a short fuse.

Some things don’t change. Others definitely do.

After surviving a five-months long kidnapping together, they struggle to return to normalcy, all while realizing that they're more drawn to each other than they ever could've imagined.

"I know I'm not normal, but I'm not fucking stupid."

"Define normal," Austin countered quietly, meeting Cam in the doorway. "And for not being normal, you're the only person in the world who makes sense right now. What does that say about me?"

This book was powerful, moving and hot.


Austin and Cam meet during a 5 month kidnapping scandal.  As the two of them live through this horrific event they get to know each other and create an amazing bond that lasts even way after there release.

After they come back to their normal lives they start to realize how much they need each other.

When he came home he quickly realized that his wife Jade is the biggest bitch who had no compassion for his tragedy.

With Cam it wasn't the scenario of straight to gay but more like he just fell in love and it happened to be another man.

"They're not gay people. They're people it's pretty darn simple."

Once Austin and Cam take their relationship to the next level all I can say is HOT, HOT, HOT!

There was such beauty in the growth of Austin and Cam's relationship.

The evolution of the two of them with the addition of Riley is so touching and beautiful.

I so recommend this book!

PURCHASE AFTERMATH (KINDLE)
Posted by Live Read and Breathe at 03:00