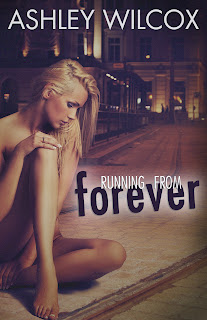 Synopsis
Recent college graduate, Kayla Reynolds was ready to leave the university, sorority life behind. Leaving her boyfriend of over three years, she packed her bags and moved four hours south to the big city…New York City.  Bright lights, streets that never sleep, and a business lifestyle that she yearned to have were all at her fingertips.
Kayla Reynolds was chasing her dream.
Determined and eager to make it in the corporate world, Kayla changed everything- her image, lifestyle, and outlook on life, putting her career first and her personal life second. That was until her first day, the first time she got a glimpse of Miles Blackwell. Corporate CEO and part owner of ETV, and not to mention, incredibly handsome, Miles Blackwell took Kayla by surprise, stealing her heart as he did.
But nothing had ever come that easy for Kayla. Life had always seemed to have a personal vendetta against her, stepping in when everything seemed too good to be true, reminding herself of whom she really was. It wasn’t until she met Merrick Drake that she realized when to stop; when running was no longer an option. For the first time in her life she had someone she could relate to; someone who wouldn’t judge- who saw the person she was inside. She and Merrick connected…on more levels than one.
When life was too much to handle, they ran.
But there was only one person that could make Kayla stop for good. Only one man that made her want to stay.
Would Kayla finally stop running or would it all be too much to handle?

According to Ashley - The book release date is scheduled for September 22nd.  I would like to also stress that although Running From Forever is part of The Forever Series is 100% a spin-off and can be read as a standalone

Twitter:
https://twitter.com/ashleywilcox55
Posted by Live Read and Breathe at 00:24