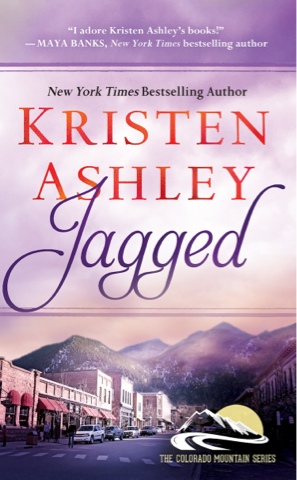 Zara Cinders always knew Ham Reece was the one, but he wasn't interested in settling down. When she found someone who was, Ham walked out of her life. Three years later, Zara's lost her business, her marriage, and she's barely getting by in a tiny apartment on the wrong side of the tracks. As soon as Ham hears about Zara's plight, he's on her doorstep offering her a lifeline. Now, it will take every ounce of will power she possesses to resist all that he offers.

Ham was always a traveling man, never one to settle down in one town, with one woman, for more time than absolutely necessary. But Ham's faced his own demons, and he's learned a lot. About himself, and about the life he knows he's meant to live. So when he hears that Zara's having a rough time, he wants to be the one to help. In fact, he wants to do more than that for Zara. A lot more. But first, he must prove to Zara that he's a changed man.
Author’s Social Networking links:
Blog: KristenAshley.net
Twitter: @KristenAshley68
Facebook: http://facebook.com/pages/Kristen-Ashley/83283039199 (check out her post about the reveal!)
Goodreads:http://www.goodreads.com/author/show/2958084.Kristen_Ashley?
Buy Links:
Amazon: http://amzn.to/14f9Np1
B&N: http://bit.ly/14fa1wg
Author Bio:
Kristen Ashley grew up in Brownsburg, Indiana, and has lived in Denver, Colorado, and the West Country of England. Thus she has been blessed to have friends and family around the globe. Her posse is loopy (to say the least) but loopy is good when you want to write.
Kristen was raised in a house with a large and multigenerational family. They lived on a very small farm in a small town in the heartland, and Kristen grew up listening to the strains of Glenn Miller, The Everly Brothers, REO Speedwagon, and Whitesnake.

Needless to say, growing up in a house full of music and love was a good way to grow up.

And as she keeps growing up, it keeps getting better.
Posted by Live Read and Breathe at 23:43