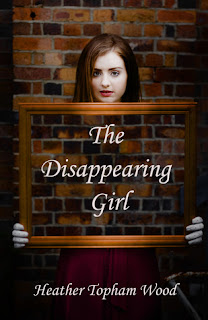 Kayla Marlowe is slowly vanishing…
Last year, Kayla’s world imploded. Her beloved father died, leaving her alone with a narcissistic mother who is quick to criticize her daughter’s appearance. During her winter break from college, Kayla’s dangerous obsession with losing weight begins.
Kayla feels like her world changes for the better overnight. Being skinny seems to be the key to the happiness she has desperately been seeking. Her mother and friends shower her with compliments, telling her how fantastic she looks. Kayla is starving, but no one knows it.
Cameron Bennett explodes into Kayla’s life. He’s sexy and kind—he has every quality she has been looking for in a guy. As Cameron grows closer to Kayla and learns of how far she’s willing to go to stay thin, he becomes desperate to save her.
Kayla’s struggles with anorexia and bulimia reach a breaking point and she is forced to confront her body image issues in order to survive. She wonders if Cameron could be the one to help heal her from the pain of her past.