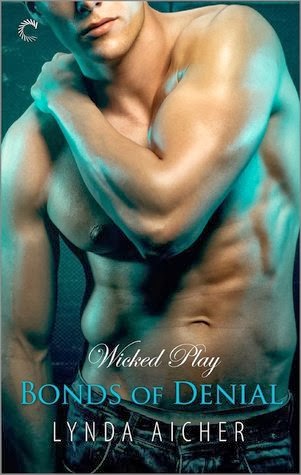 It's been twenty years since Rockford Fielding's father punished him for kissing another boy. Now a grown man with a military career behind him, Rock continues to deny his true desires, even while working security at The Den, the most decadent sex club in town. But after a year of watching gorgeous Carter Montgomery come and go on the arms of other men, Rock can no longer resist the cravings he's denied for so long.

Carter has just four months left on his contract with an escort agency, and he doesn't know whether to feel relieved or afraid. Being an escort is all he knows. Adding to his confusion is the way his latest client, the sexy but stoic Rock, makes him feel things he hasn't wanted in years.

One charmingly awkward date turns into two and soon the men are meeting off the clock. But with Rock in the closet and Carter unsure how to pursue a real relationship, how can they build a future both in and out of the bedroom?


Once Jake and Deklan and Seth bring on more owners in their sex club we get to see more into this world as well as into the psyche of the new owners.


Rock has been a constant in this series with his grunting and lack of communication which caused me to know that he had a story behind him but not sure what it was.

Here we finally get to find out Rock's secret which is he is a closeted gay.  He finally gets the nerve to contact Carter an escort he as seen at the club.  Carter has met all kinds of men through his work but Rock sparks something in him that he has not felt before because of this Carter initiates a relationship out of his professional one.

Carter helps Rock comes to term with who he is. Rock is ok with what Carter does for a living, but even though Carter is okay with it he doesn't think he deserves anything outside the life of being an escort.

"People fail to understand that most of us don't want to be gay," Carter said.  "We'd never choose it. I doubt anyone would jump up, screaming 'pick me!' to be the brunt of jokes, spit on, beaten, even killed - all because of who we love. The only choice we have about being gay is how long we suppress or deny it."

I really did love the journey of Rock and Carter and once Rock comes out of the closet he comes way out and becomes the true rock of their relationship, which is what Carter needs to feel whole with himself again.

I really am a big fan of this series!