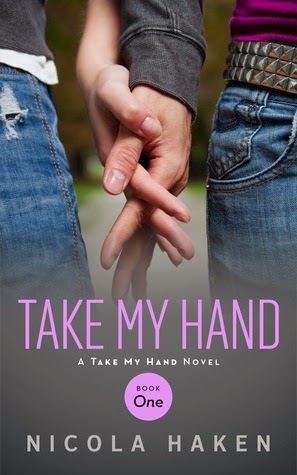 by Nicola Haken (Goodreads Author)
Twenty-four year old Dexter Michaels has arrived in the UK for a fresh start - leaving everything and everyone he knows behind in the states. Determined to put right some of the wrongs he’ll never be able to forgive himself for making and make his Aunt Sarah – the only person left who still believes in him - proud, he lands in London with the intention of working hard, getting his degree and keeping himself to himself. He can’t destroy anybody else that way…

His heart and his body have other ideas however when he finds himself sitting next to nineteen year old Emily Barton in his Psychology class. Moving down south to find her own New Life, Emily is shy, smart and beautiful – everything Dexter knows he should stay away from… everything he knows would be too easy for him to break.

But she makes him feel things he’d forgotten even existed. She makes him laugh, smile, care… forget. Without her trying, and without him realizing, Emily has wound her way into the one place he swore to keep locked away forever – his heart. But can she stay there when she discovers the dark past he’s so determined to keep hidden from her? Or will he destroy her too, just like he always expected?

(Not suitable for under 18's due to language, drug/alcohol abuse and sexual content

Here we have a sweet, shy, naive girl at Uni where she meets Dex the sexy american with a story.  Emily has a list made by her best friend Rachel that she is trying to follow.  With this list she meets Jared and Dex. At first she meets Jared and goes on a date that she didn't love then all of a sudden she is dating him (which felt awkward and out of place) then Dex becomes Jared's interim roommate where he gets to know Emily better.  By chance Emily and Dex also have a class together.

Emily dumps Jared and befriends Dex.  Dex likes her but has a world of guilt and baggage.  I have to admit I did not see his secret coming at all.  After finally breaking down all his walls Emily finally gets in and Emily and Dex try at a relationship only to have Dex's secrets and past get thrown in her face.

This book and series has tons of potential and I have mixed reviews about this book.  At times I felt it a bit predictable and boring and then other parts I thought it so sweet and 'holy shit' didn't see that coming.  In the end it caused me to like the book but not love it however that damn cliff hanger has caused me to move on a read book 2 Hold on Tight to find out more with Dex and Emily.