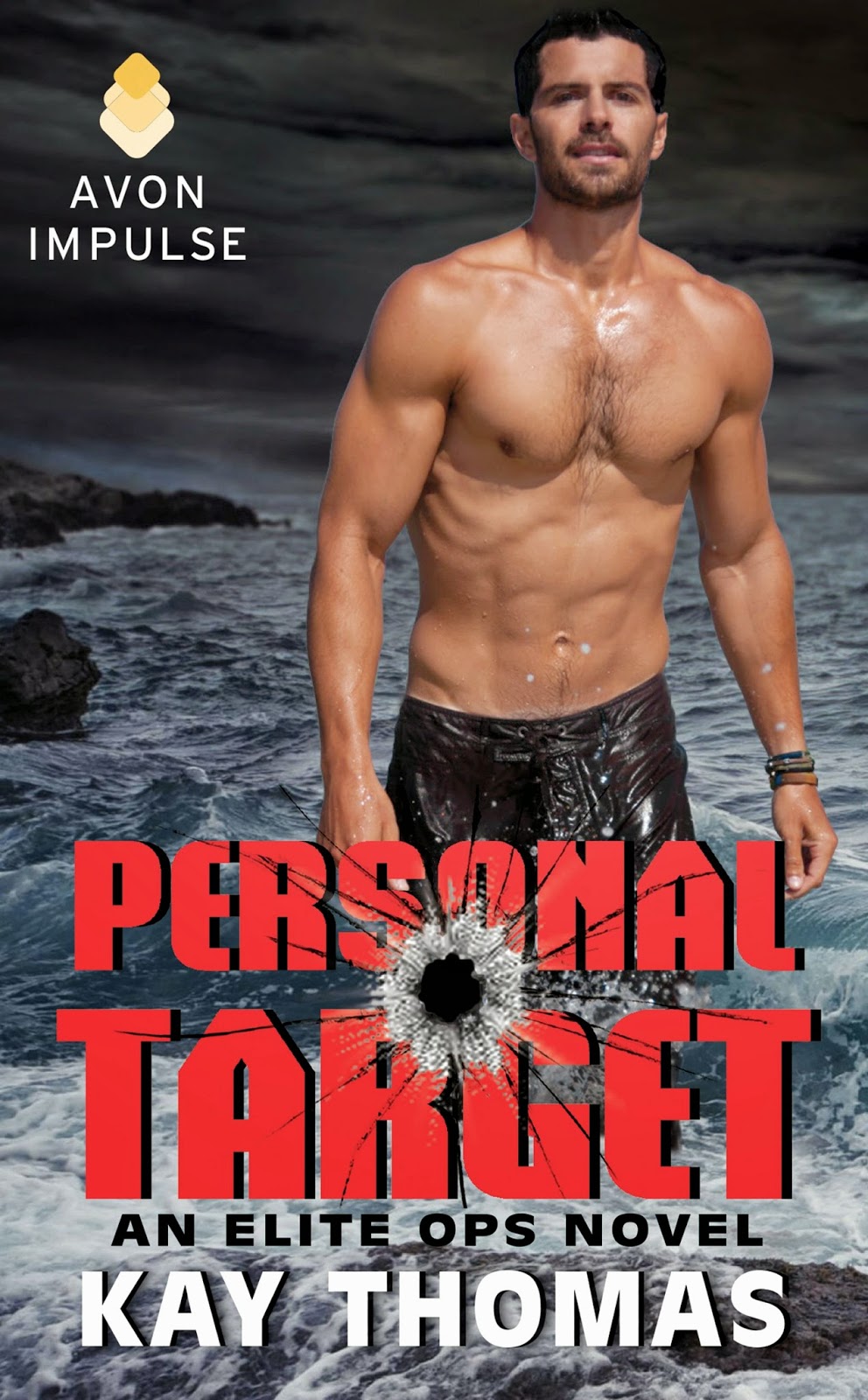 AEGIS: an elite team of ex-military men working under the radar of most governments. If you have a problem no one else can handle, they can help.

A former SEAL and Black Ops specialist who left the CIA, Nick Donovan gave up a life on the edge to work in the private sector. But that didn't stop his enemies from coming after him—or his family. In a case of mistaken identity, a drug cartel kidnaps his sister-in-law's best friend … a woman from Nick's past.

One minute Jennifer Grayson is housesitting and the next she's abducted to a foreign brothel. Jennifer is planning her escape when her first "customer" arrives. Nick, the man who broke her heart years ago, has come to her rescue. Now, as they race for their lives, passion for each other reignites and old secrets resurface. Can Nick keep the woman he loves safe against an enemy with a personal vendetta?

The woman at the vanity turned, and Nick’s breath caught in his throat. He had known it would be Jenny, and despite what he’d thought about downstairs when he’d seen her on the tablet screen, he hadn’t prepared himself for seeing her like this. Seated at the table with candles all around, she was wearing a sheer robe over a gray thong and a bustier kind of thing, or that’s what he thought the full-length bra was called.
He spotted the small unicorn tat peeping out from the edge of whatever the lingerie piece was and his brain quit processing details as all the blood in his head rushed south. He’d been primed to come in and tell Jenny exactly how they were getting out of the house and away from these people and now . . . this. His mouth went dry at the sight of her. She looked like every fantasy he’d ever had about her rolled into one.
He continued to stare as recognition flared in her eyes.
“Oh my God,” she said. “It’s . . .”
She clapped her mouth closed, and her eyes widened. That struck him as odd. The relief on her face was obvious, but instead of looking at him, she took an audible breath and studied the walls of the room. When she finally did glance at him again, her eyes had changed.
“So you’re who they’ve sent me for my first time?” Her voice sounded bored, not the tone he remembered. “What do you want me to do?”
What a question. He raised an eyebrow, but she shook her head. In warning?
Nothing here was as he’d anticipated. He continued staring at her, hoping the lust would quit fogging his brain long enough for him to figure out what was going on.
“I’ve been told to show you a good time.” Her voice was cold, downright chilly. Without another word she stood and crossed the floor, slipping into his arms with her breasts pressing into his chest. “It’s you.” She murmured the words in the barest of whispers.
Nick’s mind froze, but his body didn’t. On autopilot his hands automatically went to her waist as she kissed his neck, working her way up to his ear. This was not at all what he’d planned.
“I can’t believe you’re here.” She breathed the words into his ear.
Me either, he thought, but kept the news to himself as he pulled her closer. His senses flooded with all that smooth skin pressing against him. His body tightened, and his right hand moved to cup her ass. Her cheek’s bare skin was silky soft, like he remembered. God, he’d missed her. She melted into him as his body switched into overdrive.
“What do you want?” She spoke louder. The artic tone was back. He was confused and knew he was just too stupid with wanting her to figure out what the hell was going on. There was no way the woman could mistake the effect she was having.
She moved her lips closer to his ear and nipped his earlobe before she spoke in a hushed tone. “Cameras are everywhere. I’m not sure about microphones.”
And just like that, cold reality slapped him in the face. He should have been expecting it, but he’d been so focused on getting her out and making sure she was all right. She might be glad to see him because he was there to save her, but throwing her body at him was an act.
Jesus. He had to get them both out of here without tipping his hand to the cameras and those watching what he was doing. He was crazy not to have considered it once he saw those tablets downstairs, but it had never occurred to him that he would have to play this encounter through as if he was really a client.
He slipped her arms from around his neck and moved to the table to pour himself some wine, willing his hands not to shake. “I want you,” he said, clearly and loudly enough for any microphone in the room to pick up.
She smiled, but her expression wasn’t warm. “Do you now?” Her frigid tone was so at odds with the woman he’d known years ago.
He knew what he had to do. Monique and company were expecting them to have wild sex. If they’d been truly alone, it wouldn’t have been a hardship. And regardless of the circumstances, that’s exactly what he was going to have to pretend to do. He had to make love to Jenny knowing others were watching, at least until that distraction of Bryan’s came through.
There wouldn’t be any sneaking out of the room or the house before then. Guards were most likely gathered around security monitors at this very moment, drinking beer and taking bets as to how long Nick would last before he came. They were expecting to see some action.
“What do you think I want?” His voice was pitched low but loud enough for the mics as he took a sip of the wine. “Didn’t they tell you what to expect?”

Copyright © 2014 by Kay Thomas. All rights reserved under International and Pan-American Copyright Conventions.
Want another peek? For a new chapter excerpt each Monday between now and release day, Tuesday, July 29th, click HERE. 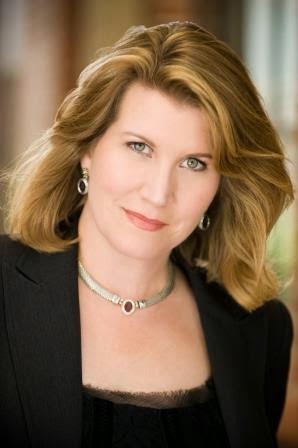 About Kay Thomas
I didn’t grow up burning to be a writer. As a child I wasn’t even much of a reader until fourth grade. That’s when I was stuck at home with the flu and my big sister read THE BLACK STALLION aloud to me. For hours I was enthralled—shipwrecked in a foreign land and riding an untamed horse across the hot desert sand. Then tragedy struck. My sister lost her voice. (I think she caught my flu.) But I couldn’t wait to hear what happened to Alec Ramsey—so I picked up that book, finished reading it by myself, and went in search of more adventures at the local library. Today I live in Dallas with my husband, our two children, and a shockingly-spoiled Boston terrier.

In November 2013, HARD TARGET: Elite Ops-Book 1 was released in my new series from Avon Impulse, featuring sexy ex-military men...and the women who rescue their hearts. HARD TARGET received an Award of Merit in the HOLT Medallion Contest and is also a nominee for best romantic suspense in the GDRWA Booksellers Best Awards. Look for PERSONAL TARGET: Elite Ops 2 in July 2014. It's available for pre-order now through all e-book retailers. For excerpts, book trailers, and more—visit my website at www.KayThomas.net

I can also be found online at Facebook. www.facebook.com/KayThomasWrites

In addition to their US releases, my national best-selling books have been published in France, the Netherlands, Estonia, Australia, the UK and South Africa. BULLETPROOF HEARTS (April 2011), won the 2012 HOLT Medallion in Short Contemporary and was a finalist in the National Readers' Choice Awards. My debut novel, BETTER THAN BULLETPROOF (January 2009) was a HOLT Medallion Award of Merit recipient, a Readers’ Crown finalist, and a Romantic Times Reviewer’s Choice nominee.
Posted by Live Read and Breathe at 16:00