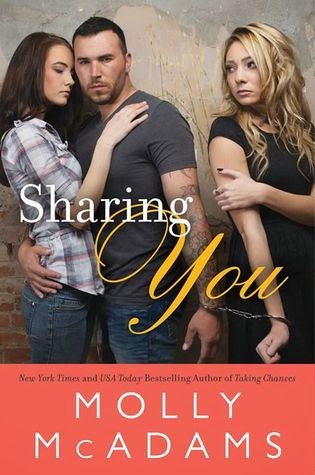 Synopsis:
Twenty-three year old, Kamryn Cunningham has left all she’s ever known and moved to a small town where no one knows her name, who her parents are, or her social status in the horseracing world. Months after opening her own bakery and evading attempts of being set up by her new best friend, she meets Brody. Kamryn fights the instant pull between them because there’s a detail she can’t dismiss. Brody’s married. To say that twenty-six year old, Brody Saco has had a rough marriage would be an understatement. After marrying his pregnant girlfriend, he spends the next six years in a relationship filled with hatred, manipulation and guilt involving a tragedy that happened five years earlier. When he keeps running into his sister-in-law’s best friend, Kamryn, he can’t ignore that she makes him feel more with just one look than his wife ever has; and soon he can’t continue fight his feelings for her. When staying apart proves to be too difficult, Brody and Kamryn enter a relationship full of stolen moments and nights that end too soon while they wait for Brody to file for divorce. But the guilt that comes with their relationship may prove to be too much for Kamryn, and Brody might not be strong enough to face the tragedy from his past in order to leave his conniving wife.

About Molly:
Molly grew up in California but now lives in the oh-so-amazing state of Texas with her husband and furry four-legged daughters. When she's not diving into the world of her characters, some of her hobbies include hiking, snowboarding, traveling, and long walks on the beach … which roughly translates to being a homebody with her hubby and dishing out movie quotes. She has a weakness for crude-humored movies, fried pickles and loves curling up in a fluffy comforter during a thunderstorm ... or under one in a bathtub if there are tornados. That way she can pretend they aren't really happening.

Source: eARC for Honest Review Courtesy of Harper Collins via Edelweiss
Genre: NA Contemporary
First part of a series but be aware there is a love triangle.

My Sharing You Review...

Well this love story is not your typical love story.  Which was good for me because lately all the story lines have been so similar that I was growing tired so it is always refreshing to have a new take on a love story even an unconventional one.

KC (Kamryn) is escaping her life and finally be true to herself.  Brody is miserable but finds a spark of hope when he meets KC.  The only problem is Brody is married.  They try to stay away but soul mates have a way of working no matter the circumstances good or bad.

Now I am not a big fan of cheating but this book was raw and honest and sometimes love doesn't always work out as we planned it.  As Molly McAdams is the queen of the love triangles she did not disappoint with this drama filled angst ridden book.


"... I do not want an affair. I don't know what something between us could be called, but that word doesn't do what's happening between us justice. But I know that my marriage is over, I know I want you more than I want my next breath, and I know I would be insane to walk out that door and away from you."

The more I read into this book the more I wanted to love and throttle Brody at the same time.  Why was he not forcing that crazy nut job of a wife to some kind of well deserved therapy.

Gah! I had so much anxiety when reading this book because of the deception and cheating.  I totally understand the why Molly McAdams has done the story in this way that you actually really do get it and at the same time you are routing for KC & Brody but it is still a hard pill to swallow.

"Babe, You're not breaking up a marriage. You're making me feel alive for the first time in years. ..."


For KC & Brody it was a tough road and most wouldn't pick that road but for the two of them they could not stay away even when they tried.  It was an anxiety filled journey for them and myself.  Even though most will be upset about this love story you still are cheering because Olivia (Brody's wife) is certifiable and KC's family and ex are completely delusional.  You want a HEA for these two and a happiness they can share with their friends and new non blood family.

As always kudos to Molly McAdam and her tortuous love triangles.