Until Alex by J. Nathan - #bookreview 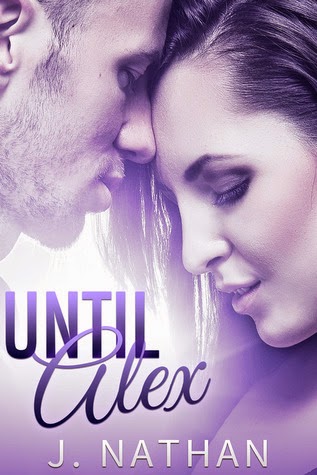 On the outside, Hayden is every girl's living breathing fantasy, brooding and devastatingly gorgeous. He spends his nights losing himself in alcohol and faceless girls, but it's all just a facade. An elaborate cover for the emotionless shell of a man he is. One who harbors too many secrets and destroys lives the way his was destroyed. It’s the reason he avoids relationships and keeps everyone at arm's length…

Alex’s life just shattered into a million pieces, leaving her with more grief than she knows what to do with and guilt so deep it’s destroyed the carefree girl she once was. Now she’s hundreds of miles from home, living with an aunt she doesn't know, finishing senior year at a college she’s never been to, and trying desperately to get through a single day without breaking down. She's never felt more alone in her life...

The trouble with Hayden is who he wants to be and who he is are in constant flux. And though he’d die before letting Alex learn the truth about him, he can’t be sure he's strong enough to let her in…or push her away. She’s the one person who just might see the real him.

My Until Alex Review ...

This book had many elements that I like. Such as: the broken tattooed bad boy player, the broken female, suspense, angst, drama,  firsts, love and hope.   It is a dual POV book which are some of my favorite formats but I felt Alex's POV was much stronger and more believable than Hayden's POV.

Both Alex and Hayden have lost so much and dealt with so much misery but what they both don't know is that they need each other to become whole again.

Hayden didn't know anything but loss, hate and anger until Alex but he didn't think he could live his life and have Alex.  So he did what most baby boys do which is self destruct the potential of a relationship.  However, Alex has a big heart and something about Hayden makes her try and try and try again. 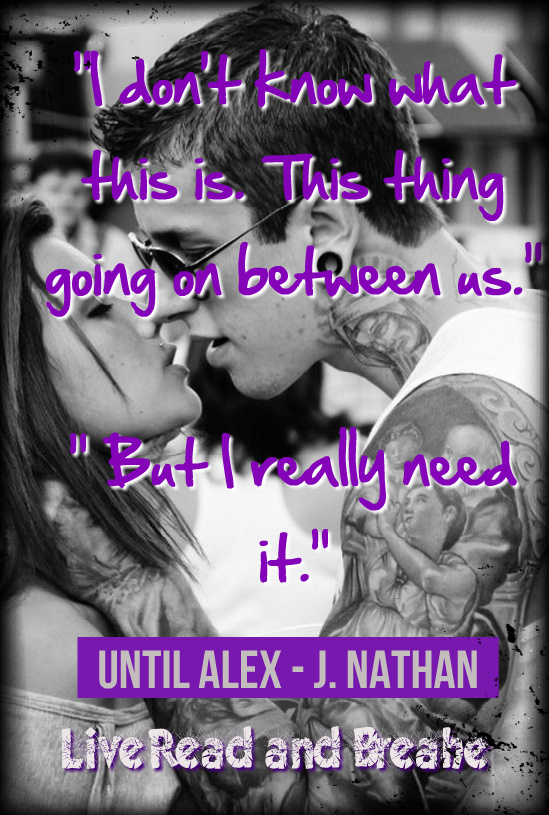 Once Hayden stops fighting the inevitability things start to go smooth until all shit hits the fan.  With so much unknown the only thing keeping Alex and Hayden upright is the hope of what can be.  If they can survive this then they can survive anything.

I did like this angst filled book.  It had all the elements I like and it was a great start for this debut author.  I liked the main characters I felt like I could have liked them even more.  I wanted to be pulled in more by the characters than the plot but either way I was still pulled in with all emotions.  This is one of those books that I liked after I read it but the more time that has passed I have been thinking still about this book which for me is always a good thing. It means this book seeped in deeper than first expected.  Great Debut!