It has been awhile since I had some men worthy of the title of Book Boyfriend.  To be honest I wasn't sure if Jake was going to meet the cut because he gutted me for a big part of the book, but the more I thought about him and all of his beauty and sweetness the more I realized that Jake was worthy.  So this week Book Boyfriend Monday goes to ...  Jake Dunn from The Dark Light of Day by T.M. Frazier

Even though Jake did gut me, he still made the cut because 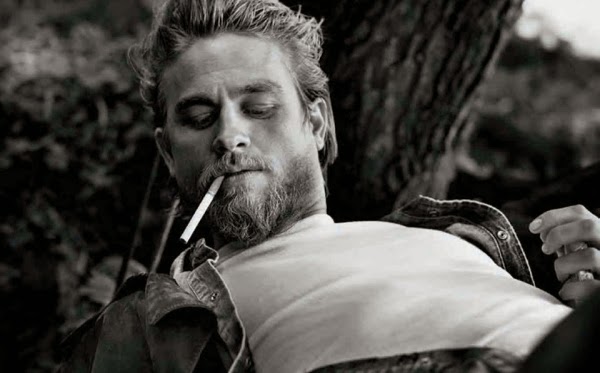 Some of the reasons why Jake Stole my heart: 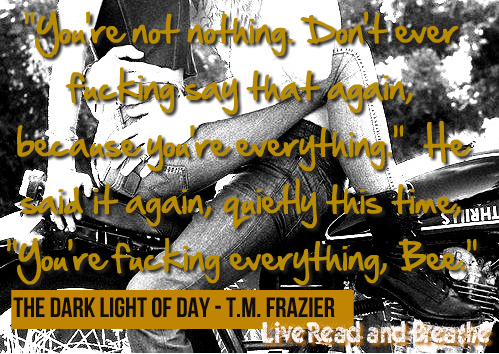 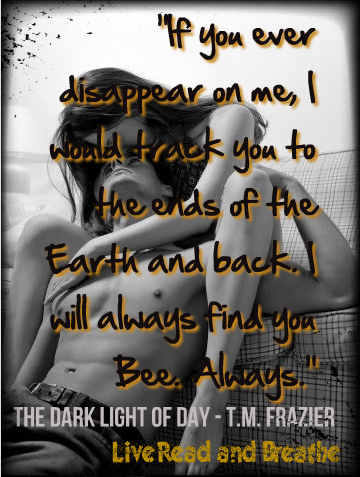 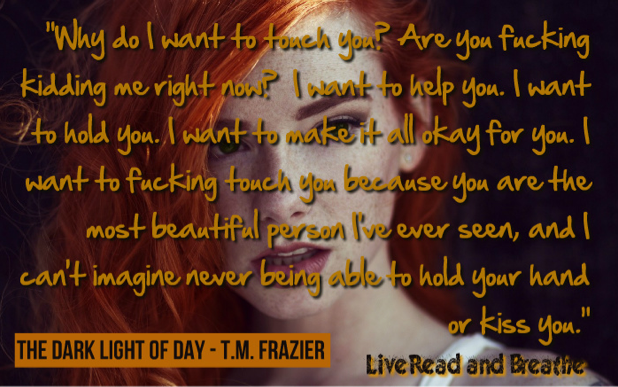 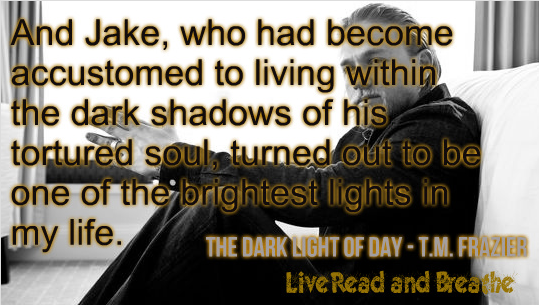 All quotes and phrases from ARC Version of The Dark Light of Day by T. M. Frazier Courtesy of BookTrope Publishing. 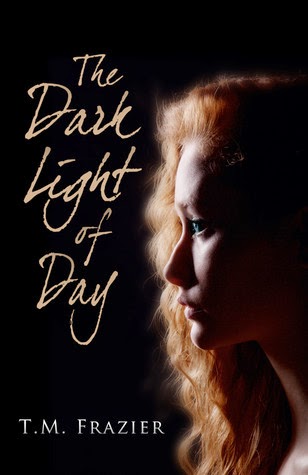 The Dark Light of Day

by T.M. Frazier (Goodreads Author)
Warning: This is not your typical romance. The story of Abby & Jake contains disturbing situations, graphic violence, sex, rape, strong language, drug use, and all types of abuse.

Abby has been through hell and has survived one of the most brutal childhoods imaginable…barely.

To the outside world she's just a loner with an attitude.

When her grandmother dies in a tragic explosion, Abby is left with questions-and nothing else.

Homeless, sleeping in a junkyard, and on the run from a system that has failed her over and over again, she meets Jake, a tattooed blue-eyed biker with secrets that will rival her own.

Two broken souls that can't be healed. They can't be saved.

Abby & Jake must reveal to one another their most guarded secrets and discover if they can embrace the darkness those secrets hold-and the darkness within themselves.

If they can accept one another for who they really are, they might be able to learn that love isn’t always found in the light.

*stand alone novel, HEA in a twisted kind of way, no cliffhangers, no sequel

MY REVIEW
Posted by Live Read and Breathe at 02:00