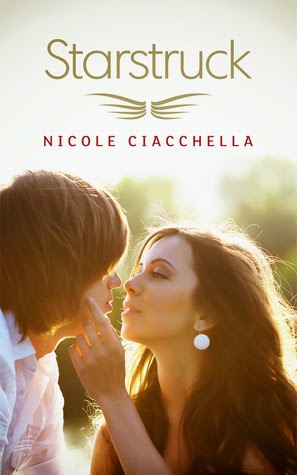 by Nicole Ciacchella (Goodreads Author), Elizabeth Darcy (Goodreads Author)
Lex Harrington is living a stranger’s life. After high school, she and her boyfriend, superstar quarterback Brad Wakefield, headed off to college, secure in the knowledge of their brilliant future. Then an injury ended Brad’s football career, and he convinced Lex to drop out of school and return home with him, where everything fell apart.

Because the glossy surface of their relationship concealed a dark truth: years of emotional abuse culminating in Brad’s walking out on Lex and their infant son. At twenty-three, she’s a single mother with no future prospects, struggling to make ends meet while dealing with the aftermath of her destructive marriage.

When Jaron Richards left for college, he vowed he’d never look back. Brad laid waste to his friendship with Lex, leaving nothing to bind Jaron to his hometown. But his unrequited love for Lex has never faded, even as his star has begun to rise, making him Hollywood’s hottest new actor.

Now Jaron is back in town to film his latest movie, and his presence stirs up everything Lex would rather forget. Can they find a way to pick up the pieces and build a future together?

I saw the cover and read the synopsis and it had two of my favorite elements: friends to lovers and celebrity romance. I wanted to love this but that so was not the case. :(

This story had such huge potential but in the end it was predictable to a fault, some of the dialogue was very awkward and it felt so drawn out that at times I wanted to put a fork in my eye. For Lex and Jaron to get their HEA it took for friggin' ever for them to get their heads out of their asses and see the light.

Even though some books aren't my favorite I try to read to the end for the benefit of doubt. And in the end it didn't truly pay off for me. However, this book may not have been for me, but I know lots who will love this story.

I did love the idea and premise of the story. Emotional abuse I feel is more damaging than physical abuse sometimes. We can heal from a bruise but sometimes words are hard to heal from because of the long term damage on a persons psyche.  For Lex this damage was very deeply embedded that it took her a LONG time to heal and move forward.

"... When you hate yourself, when you think you're utterly worthless, you can't imagine leaving. Who else would want you? ..."

The friends to lover story line was sweet but the true shining star in this book hands down was Owen, Lex's son.  I have mixed feelings with the end of Brad. Part of me liked the fact that he was a real non-issue in the end but the other part of me was hoping that maybe he was going to come back and create so much more angst and drama. But really the story was about the effects of emotional abuse and friends to lovers so I see why that part was a non issue I just think it could have been a bigger impact with the added drama.