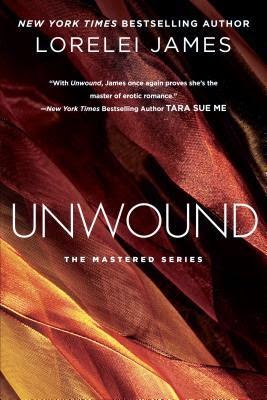 by Lorelei James (Goodreads Author)
In this conclusion to the Mastered series by New York Times bestselling author Lorelei James, a man’s need for control is tested by the one woman he’ll risk everything for…

When sensei Ronin Black first encounters Amery Hardwick, the fire in her eyes ignites a sexual spark a thousand times better than the primal rush he used to get from mixed martial arts matches. She accepts his darker edges and admits to him that her desires aren’t as wholesome as he believed. And before long Ronin is grappling with emotions he’s never felt before….

Yet despite demanding Amery bare her body and soul to him, Ronin holds a part of himself back. When she learns Ronin’s secret and walks out, his life begins to unravel.  To regain her trust he must let go of his pride and prove to her that it’s more than passion binding them together. But after their private pleasures are made public, Ronin is unsure if he’s the right man for Amery. Can they face the consequences together? Or will their differences rip them apart?

After Bound we are left with Amery finding out Ronin's secrets then leaving Ronin behind.

In Unwound we find out the after math of the truth and choices.  Ronin deals with conflict by numbness and fighting, while even though Amery is upset she still wanted Ronin to fight for her.

As time goes by Ronin keeps fighting in the underground until he gets one concussion too many and lands on Amery's doorstep. 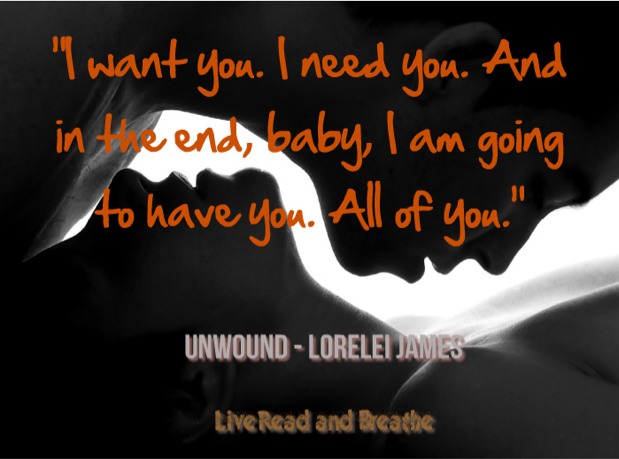 Amery can't turn Ronin away when he needs her help.  Together Amery and Ronin find away to heal and move forward with the help of Ronin's sisters and friends while at the same time they have to deal with Ronin's past girlfriend and bitch from hell Naomi and the misconceptions of Ronin's practices and beliefs. 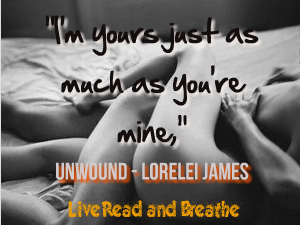 This was a perfect ending for Ronin and Amery.

Posted by Live Read and Breathe at 17:00