We all know that my weakness is the broken bad boy so this week's book BF is ...Nixon Caldwell from Off Limits by Sawyer Bennett 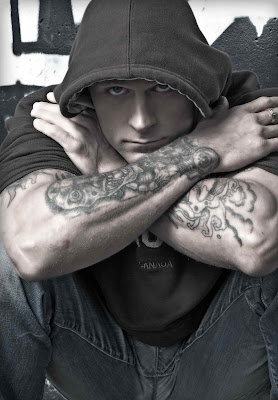 Some of the examples of why Nixon stole my heart:

"The difference is now...I love you more than the air I breathe and I feel so very empty without in my life..."

"I promise that I will cherish you when we are intimate, and I won't intentionally hurt you."

"I just want you to know that this is forever.  My love for you, that is. My heart is a complete slave to you and I just want you by my side...always."

All quotes from Kindle version of Off Limits by Sawyer Bennett 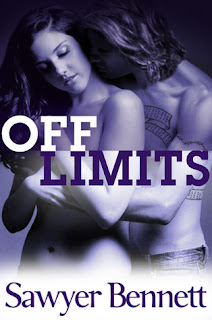 by Sawyer Bennett (Goodreads Author)
“There is a vulnerability there, hovering just below the surface. And I want to pick at it until I expose it. Then I want to kiss it."

Two years ago, Emily Burnham, had an epiphany about the shallowness of her life. And she made it her mission to become a different person…a better woman. Out from under the controlling thumb of her mother, Emily is tasting the real world for the first time. And she likes it.

Nixon Caldwell has served his time in the Marine Corps, surviving two brutal tours in Afghanistan. He is back home, surrounded by what he likes best…isolation. It's certainly the best way to avoid confrontation of the consuming guilt that is weighing him down.

When an accident brings Emily and Nix together, he soon learns he is not the master of his own fate. Struggling with his own pain, Nix tries to guard himself against Emily’s charms. He wants her in his bed, but he doesn’t want her in his heart.

Having grabbed life by the horns, Emily wants it all. But is she willing to accept just the small part of himself that Nix is offering? Can she reach the part of his soul that he has deemed to be Off Limits?