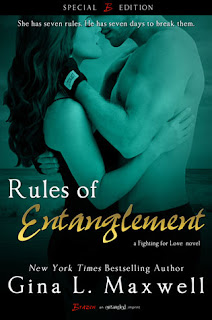 Rules of Entanglement (Fighting for Love #2)

District Attorney Vanessa McGregor firmly believes that structure and order are the stuff that dreams are made of. Happiness can be planned - and it starts with seven rules she's laid out for her future. But as she's organizing her best friend's wedding in Hawaii, all of Vanessa's best-laid plans are about to meet their match in a wickedly hot MMA fighter...

Jackson "Jax" Maris is focused on surfing, training and fighting. That is, until he opens up his big mouth, and finds himself having to pretend he's engaged to his little sister's best friend, Vanessa. When they're force to share a romantic bungalow, however, their little charade suddenly takes a turn for the seriously sexy. And while Jax is definitely not part of Vanessa's long-term plan, he has seven days - and seven naughty nights - to turn her seven-rule plan upside down

The chemistry between Jax and Vanessa is Yowza!

Jackson Maris is something else; a fun loving, yet sexually dominating, MMA fighter with a heart of gold.

While Vanessa is more of a rigid sexy stick in the mud (but to be fair to her she had her reasons).

On paper they shouldn't work but in reality they are dynamite together in the bedroom and out. 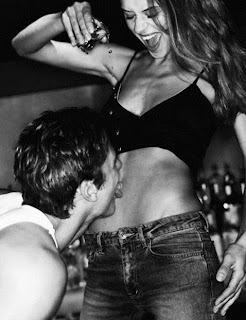 I loved Jackson and Vanessa together. This was a great story about two people protecting themselves but once you find the right person you let down your walls so love and lightness can shine through.