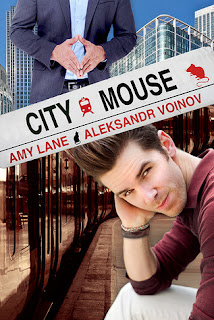 When Malcolm Kavanagh took his first step toward emotional maturity by declaring his love to Owen Watson, that was just the first chapter in their story. Anyone who’s ever been in love knows that happy endings take a lot more work than that.

One problem: Malcolm has never been in love. He doesn’t know the rules of a relationship and isn’t confident enough to trust that his is real. He learns the ropes by sharing his life and his flat with Owen, but relationship boot camp proves a challenge. Everything is a struggle, from accepting Owen’s low-status job to putting his boyfriend above his personal trainer.

Luckily, Owen knows a little more about relationships, and labors patiently to survive the first six weeks of their life together. From the art galleries of Cambridge to the tawdry majesty of the Dominion theatre, Owen adapts to England while Malcolm adapts to the whole human race. Maybe, if Owen is patient enough and Malcolm learns to give, the two of them can make it past Relationship Armageddon to a real happy ending.

So far I have read a few of Aleksandra Voinov's books so as soon as I saw City Mouse I had requested it to review. Once I was granted this opportunity I bought Country Mouse book one and devoured it so I could read City Mouse.

I loved Owen and Malcom together and was so routing for them after Country Mouse. Of course in reality not all relationships aren't perfect nor are they easy. They take work and like all new relationships it is also about adjusting to one another. I thought this story depicted that well while you still felt the turmoil, angst and love for one another.

Now let's talk about perception.....Perception is such a tricky thing when it comes to how we see ourselves and how we perceive others.  When we can't see ourselves for who we truly are it clouds reality so then we often put on a show so people can perceive us of how we think we should be.  With Malcolm these were his demons and it was so hard for him to believe that Owen could truly love him for well...just him but with Owen having a heart of gold that was all he could do was love Malcolm in his wholeness.

I really did like this book as well as the first book and will definitely read more of these authors and series.

Lauren
Posted by Live Read and Breathe at 03:00