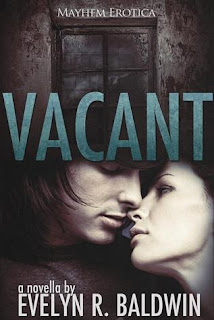 by Evelyn R. Baldwin (Goodreads Author)
Ethan Parker gets up every day, surviving the only way he knows how—alone. Orphaned as a child and forced into the child welfare system, he knows better than to depend on anyone but himself. He’s learned trust is a word used all too often, but rarely earned. Ethan believes that his best chance for maintaining a simple and solitary existence is to live by a simple mantra: Don’t get involved. Keep things simple. Take care of yourself! When a young woman moves in next door, Ethan is forced to reevaluate his beliefs. He tries to keep his distance, but his new neighbor’s infectious smile and outlook on life leave him struggling with the decision of living the life he knows, or taking a chance on the unexpected. As Ethan develops a relationship with his new neighbor, Emily, he realizes nothing is simple and learns that life is about more than just surviving... it’s about living.

**This version contains sexual content only suitable for adult audiences.

So I didn't know what to expect out of this novella but I found it a sweet love story with enough adult to keep me invested to the passion of Emily and Ethan.

It was an unconventional love story with heartache and hope and lots and lots of unconditional love.  I found for a novella it was a nice pace with evolution without being to rushed while still hooking you in to the emotions of Ethan and Emily.

Fate and love are powerful things especially when we least expect it in a life filled with more negative than positive.  But going through a shit life and getting a happy ending that you deserve and fills you with joy, love and happiness is worth it in the end.

I loved Ethan and Emily together and I loved the growth and commitment of the two. Great novella. 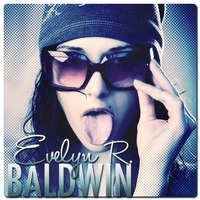 Evelyn R. Baldwin was born in the Midwest and spent her childhood on a horse ranch. As an only child, Evelyn was often forced to entertain herself with the family’s horses as companions, and her imagination the only limitation.

After moving to St. Louis to attend college, she earned a degree in Education. During her Master’s program, Evelyn discovered her fascination with behavior and psychology.

Her first professional job experience was as a juvenile counselor, which led her to venture into other human sciences, eventually making a career with Behavior Analysis. While writing is a hobby for Evelyn, she often uses her experiences with human behavior to guide her characters.

She’s written short stories since childhood but only recently began exercising her real writing muscles. While she does not consider herself a professional writer in any sense of the word, she continues to polish her craft and hopes for success in her writing ventures, even if they are just as a hobby.

Promo Posts Only For Adult Version: