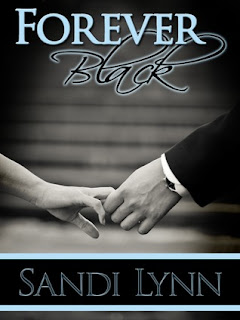 When Ellery moved to New York with her boyfriend, she thought they’d live happily ever after in their small New York apartment. She never thought he’d pack his bags and leave because he “needed space.” With her newfound single status and fear of being alone, Ellery buries herself in her artwork and paintings until one night she helps a mysterious intoxicated stranger get home safely. Little did she know the mysterious stranger is none other than CEO and millionaire Connor Black. After finding Ellery in his kitchen the next morning and assuming she broke his #1 rule about sleepovers, he becomes intrigued, not only by her stubbornness and defiance, but by her kindness.

Connor Black, emotionally dead and damaged, that stemmed from a personal tragedy, made a vow to never love or fall in love with a woman, until Ellery Lane walked into his life by accident. After she opens up and shows him her world, Connor starts to feel emotions and feelings he never knew existed. Despite the rumors and warnings regarding Connor Black and his use and misuse of women, Ellery finds herself being drawn into his world.

Ellery knows they can never be together because she is harboring a deep secret that could destroy Connor emotionally forever.

Join Connor and Ellery as they embark on a journey of courage, love and strength. Will it be enough to save them?
Synopsis from Goodreads

So I had such high hopes for this book because the story had sooooo much potential to be a very powerful moving story but in the end I felt it fell a bit flat for me.

Recently a friend made an analogy when I was telling him about this book and he said it was a bit like driving up a mountain and you are just about to drive off the cliff and then boom there is actually a rode there for you to drive on and it really wasn't a mountain more like a hill.  This is what the story was too me.

I don't want to rip apart this book because I did like it and I will read Forever you but it saddens me when the potential wasn't met.

However this book still took me through the wringer of emotions but not the giezer it could have been.  There was love, heartache, drama, angst, bitch slapping, loss and passion.

Even though I wanted more I did like the connection between Connor and Ellery and thought they brought the best out in each other even though they were both so stubborn and I did love the concept and idea of this story.