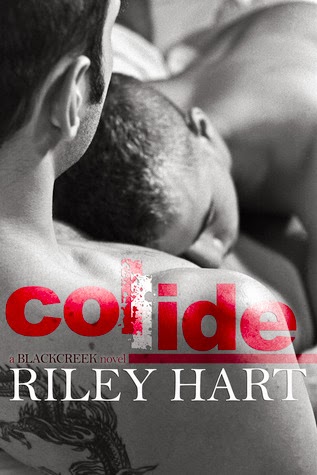 by Riley Hart (Goodreads Author)
At ten years old, Noah Jameson and Cooper Bradshaw collided mid-air when they dove for the same football. For three years, they were inseparable…until one day when Noah and his parents disappeared in the middle of the night.

Noah and Cooper never knew what happened to each other. Now, seventeen years later, after finding his boyfriend in bed with another man, Noah returns to Blackcreek looking for a fresh start. And damned if he doesn't find his old friend grew up to be sexy as sin. Coop can’t believe Noah—the only person he trusted with the guilt over his parents’ death—is back. And gay… Or that Cooper himself suddenly wants another man in his bed for the first time.

There’s no denying the attraction and emotion between them, but can they overcome the ghosts of their pasts to have a future together?

This title contains two strong, sexy men, and a passionate friendship that transforms into a sizzling hot romance.

This book is not about labels of who is gay or not, it's about Love.  Loving someone for who they are and being okay with it.

Noah and Cooper were best friends when they were kids but out of no where Noah leaves and they both feel this loss.

17 years later, Noah wants to start over so he goes back to Blackcreek which is the only place that has ever felt like home to him.

Once back he is literally ran over by his long lost friend.  Instantly they rekindle their friendship with a few hiccups along the way.  Cooper is having a struggle with Noah's sexuality while at the same time finding himself attracted to a man when he has lived a female only zone his whole life.

There is just something about Cooper's struggles of falling in love with Noah. It's raw, real and heartfelt.

"Holy shit. I still can't believe I'm talking to you about men. What happened to my life?"

Noah tries to remain just friends but there is something about Cooper that he tries to deny but just can't.  At the same time Cooper is going through hell trying to figure out what is going on. 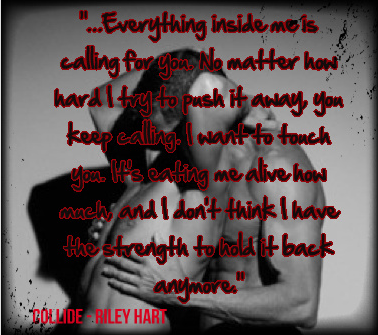 Cooper's struggles keep getting in the way until he can't take the chance of Noah moving on. 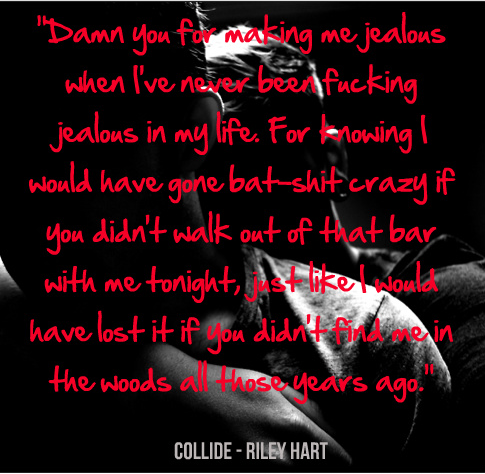 As Cooper continues to struggle he starts to see everything in a different light and with the support of friends he gets to come to terms with his choice of love.

"For the life of me, I will never understand why people give a shit who someone else loves."

Noah has had a difficult past and is tired of games. He wants Cooper for real, so it has to be all or nothing for Noah. 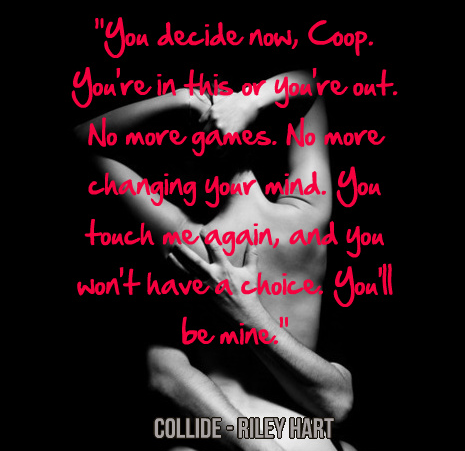 Noah and Coop's story is beautiful, passionate and so heartfelt.

I loved this story and can't wait to read more from Riley Hart and this series.