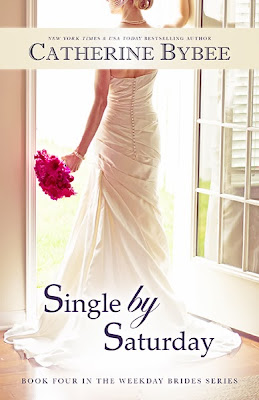 KAREN JONES:
The petite blonde married a Hollywood star, yet she’s the one who spends every day playing a part: The part of a happy wife. A year ago, she agreed to wed a famous actor to diffuse rumors about his personal life. Now, her divorce sits just around the corner, along with a five million dollar payout. However, as she prepares to exit her fake marriage gracefully, her drop-dead-gorgeous brother-in-law walks through the door… and into her heart.

ZACH GARDNER:
Dark-haired, blue-eyed hunk, Zach, crashes Michael and Karen’s fancy one-year anniversary party, determined to meet the wife his brother hid from their family. But sparks fly the moment he and Karen see each other. When the famous couple decides to visit the whole Gardner clan, Karen must keep Michael’s secret under wraps in front of his questioning relative… including Zach, the man who could be the real love of her life.

This man was gorgeous, and if she were one to believe in instant attraction, her body responded to him with a fierceness she didn’t think possible. Maybe this was what the women gazing at Michael experienced that she did not. This wild thrill of discovery that led to possibilities only the big screen could fulfill.

Instead of letting her imagination get the best of her, Karen flattened a hand over her stomach and attempted to act unaffected. “Do I know you?”

The sex personified blue-eyed man stepped toward her. It took effort for her to hold her ground.

Sensing her unease, he held still, looked around the both of them as if noticing the caterers running about and guests arriving behind him, and said simply, “Zach Gardner.”

The smile on her face stayed. The name tickled at the edges of her consciousness. Memories flashed behind the veil of her mind until she narrowed her focus. “Michael’s brother?” she whispered.

Zach gave a small nod and swept his eyes down her frame. When his eyes met hers again, he masked whatever he’d been thinking, then he smiled and said, “And you’re the wife none of us have met.”

Not a lot shook Karen. She’d managed the role of Michael’s wife under the ever-present scrutiny of paparazzi, producers, actors, and fans . . . but the man standing in front of her did what no one else could. He made her question her decision to marry.

PRAISE FOR SINGLE BY SATURDAY 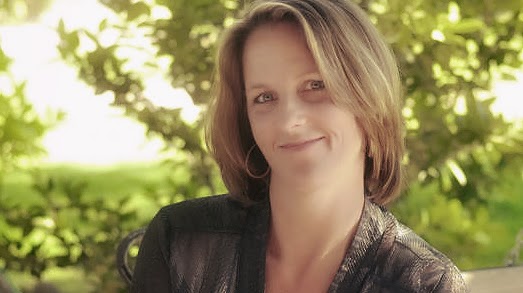 BIO:
New York Times & USA Today bestselling author Catherine Bybee was raised in Washington State, but after graduating high school, she moved to Southern California in hopes of becoming a movie star. After growing bored with waiting tables, she returned to school and became a registered nurse, spending most of her career in urban emergency rooms. She now writes full-time and has penned novels Wife by Wednesday, Married by Monday, and Not Quite Dating. Bybee lives with her husband and two teenage sons in Southern California. 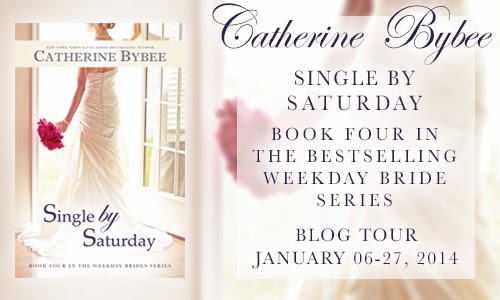 Let's start with my love for Catherine Bybee.  There is just something about they way that she rights that I absolutely adore.  She captures the beauty and wholesomeness of love.

I love this series so much.  We meet Karen throughout the series.  She agrees to marry Michael to help protect his career and at the same time she gains a new best friend and she also gets the financial security to help in her quest help the more unfortunate.

Her life is running smoothly and her and Michael have a plan which gets interrupted when his brother Zach crashes a party.  He not only crashes their party he also crashes into her heart.

Zach can't figure out why Michael is keeping his new wife away from his family so he plans on figuring out the puzzle by crashing their party but he is left with a new problem when he is instantly drawn to and attracted to Michael's new bride.

Zach is tormented with his new infatuation with Karen and doesn't know what to do.  Karen for the first time regrets her choice to be married for convenience when she finally meets someone worth risking her heart.

Karen convinces Michael to go back home to unwind and reconnect with his family.  The more time Karen spends with his family the harder she falls for Zach, but Michael's secrets aren't hers to tell.  The pull becomes to much and the finally act on their attraction to only have it blow up in everyone's faces risking to blow up her dreams and Michael's career.

Throughout the book you feel the torment of everyone involved while you feel immersed in the growing love between Karen and Zach. 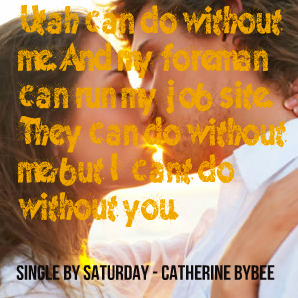 Loved the story. Love the Series! Love Catherine Bybee! and I adored Karen and Zach.