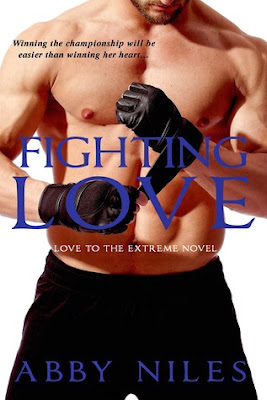 Fighting Love (Love to the Extreme #2)

After the MMA scandal of the year, former Middleweight champion Tommy "Lightning" Sparks' career is in shambles. While he fights to get back on his feet, he's forced to swallow his pride and move in with his best friend, Julie. But righting his own wrongs won't be his only battle. Another fighter has his sights set on Julie, and for the first time Tommy's place in her life is threatened.
Julie Rogers fell for Tommy the day he helped her find her lost puppy at ten years old. As a thirty-two-year-old veterinarian, she still has her love for animals--and for Tommy. Over the years, she's come to accept that Tommy will never look at her with anything other than brotherly love. After he moves in, the feelings she's kept locked away threaten to burst through their restraints.
Terrified of losing their friendship, Julie resolves to date another fighter and let go of Tommy. But as she begins to move on, Tommy starts to see her with new eyes. Now, he's more determined to than ever to emerge the victor and become the man she deserves, before he loses the only woman who means everything to him.
Amazon-http://www.amazon.com/Fighting-Love-Extreme-Abby-Niles-ebook/dp/B00CNTSW6U/ B&N- http://www.barnesandnoble.com/w/fighting-love-abby-niles/1114591191 Goodreads- https://www.goodreads.com/book/show/17378071-fighting-love

I loved Abby's first book in this series Extreme Love so I jumped at the opportunity to read more from this series.  We met Tommy and Julie in the first book and see there friendship and Julie's unrequited love.

Tommy is down on his luck and when more shit hits the fan with his house going on fire he turns to the only person he would go to... his best friend Julie for support. During this time Julie struggles with trying to move on because Tommy will never see her the way she sees him.  At the same time Tommy is finally starting to see more to Julie then just being his best friend.

This all gets escalated when Julie starts to date another fighter and finally gets Tommy to open up his eyes.

For Tommy everyone sees what is right in front of him expect himself.


"I'm real sorry to heart that. But I'm even sorrier to hear you're still as dumb as a pile of rocks."


Once his eyes are finally open he gives in and falls in love but he is torn between being Tommy "Lightning" Sparks and Tommy the lover and best friend to Julie.  Julie has waited long enough and is tired of being on the sidelines so she wants all or nothing with Tommy. 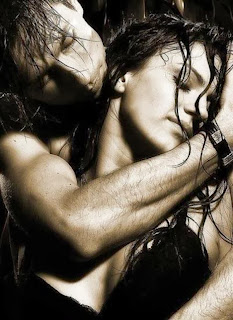 This was a cute story about friends to lovers in the MMA world.  I liked it I just didn't love it. However, I will still continue on with this series for sure.