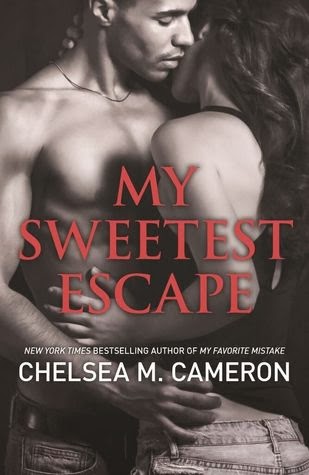 My Sweetest Escape (My Favorite Mistake #2)

by Chelsea M. Cameron (Goodreads Author)
The past will always find you.

Jos Archer was the girl with the perfect life; until the night it all came crashing down around her. Now, nine months later, she still hasn't begun to pick up the pieces. Even transferring to a new college and living under the watchful eye of her older sister, Renee, isn't enough to help her feel normal again.

And then she meets Dusty Sharp. For reasons Jos can't begin to fathom, the newly reformed campus bad boy seems determined to draw her out of her shell. And if she's not careful, his knowing green eyes and wicked smile will make her feel things she's no longer sure she deserves.

But even as Dusty coaxes Jos to open up about the past, he's hiding secrets of his own. Secrets about the night her old life fell apart. When the truth is finally revealed, will it bring them closer together;or tear them apart for good?

I had first read My Favorite Mistake in 2012 and adored it so I was excited read this.  One of the downfalls was that I had read it so long ago that I was lost on a lot of the details.  I remember so much about Hunter and Taylor but Renee was a smaller part of the first book and a big part of the second book so with the delay in between it created a bit of a gap for me.  So my recommendation would be to re-read book 1 first or read this book near to the completion of reading My Favorite Mistake.

As for this story I thought it was cute.  Jos who is Renee's little sister is forced to come back home after unknown events at her previous school.  Jos is having struggles fitting in and dealing with her tragedy.   This new Jos, Renee doesn't know or how to deal with so with the help of her friends she gets to know Jos and helps her try to move on.

In Jos's new exitistence she meets Hunter's friend Dusty (who has his own secrets and past) and Hannah (who is brave, funny and also a tragic past). With the help of Hannah and Dusty Jos is able to move forward and start to live each today for today and enjoy life. 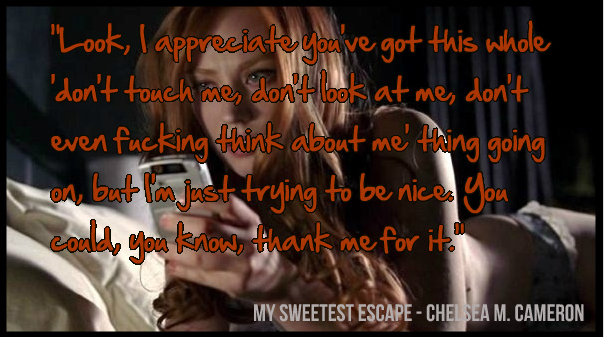 With Dusty she is quite drawn to him and can't quite put him in the 'just friends' box especially with all the mixed signals that Dusty is giving Jos as well.

Jos and Dusty are both dealing with their own pasts but reality collides creating a whole world of hurt and new pain which causes a butt load of new drama.  With this part of the story I felt the potential of some big emotional upheaval but when the truth came to the surface I felt it a bit anti-climatic and was frustrated with Jos's stubbornness.

Throughout the book I loved the support of Jos's new friends /pseudo family with the exception of her birth sister Renee who throughout I wanted to throttle with her controlling ways. 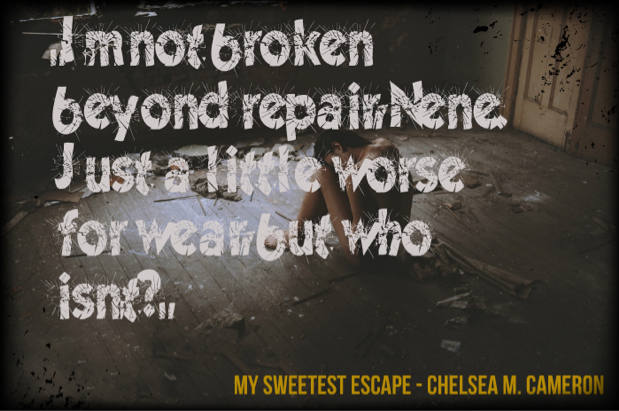 In the end super cute story with some predictable parts and anti-climatic bits but a NA series worth getting wrapped in.