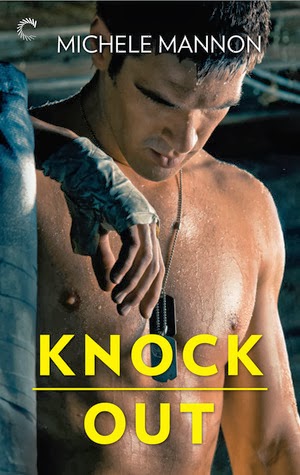 Knock Out (Worth the Fight #1)

by Michele Mannon (Goodreads Author)
Logan Rettino never imagined she'd fall so far. Dropped by her ex on national TV, she's gone from prima ballerina to ring card girl, reduced to revving up the crowds before MMA bouts. However distasteful she finds her new job, it pays well…and she needs the money if she's ever going to rebuild her life. Promised a huge bonus if she can convince a brooding, gifted welterweight to keep fighting, she'll do whatever it takes to earn his trust.

Keane O'Shea is unbeatable in the octagon. A former marine, he fights with a ruthlessness no gym jockey can match. He knows his brutal strength is too much for the delicate ex-ballerina, regardless of how fascinating he finds Logan's tight dancer's body. But one private performance and he's drawn to her in a way he can't—or won't—resist.

As Logan discovers the heartbreaking truth that lies beneath this handsome warrior's rage, she'll need to forfeit everything she thought mattered for the one thing that matters the most: saving Keane from himself

A ballerina turned ring card girl and a MMA fighter what can go wrong?

Logan has a douchebag ex from hell whom took everything from her. Her money, her condo, her career. She is desperate to pay her bills and start new dreams so she enlists the help of non other then grumpy ass chip on his shoulder MMA fighter Keane O'Shea.

Keane has some powerful demons pulling him down but for Logan he battles them so she can find her happiness.  Logan has no expectations of Keane but together they try and fight their chemistry but its too much.

Logan sees the heart and potential of Keane so she fights tooth and nail for him to see the light.

This was a cute story. It didn't wow me at all but it was cute and sweet with some steam factor and an alpha male.

Lauren
Posted by Live Read and Breathe at 18:06