Between Breaths Series - All of You and Before you Break #reviews 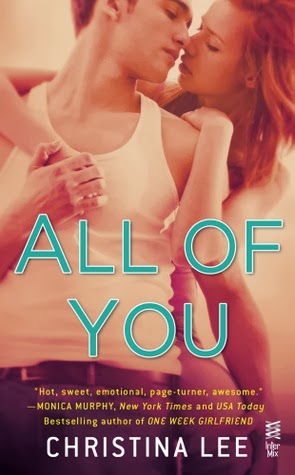 All of You (Between Breaths #1)

Nursing student Avery Michaels wants nothing to do with dating—she's perfectly happy single. Privy to too many of her mother's bad decisions and even worse taste in boyfriends, all Avery can handle is a string of uncomplicated hookups whenever the mood strikes.

When she meets smoking hot tattoo artist Bennett, she wants him—for just one night. But he won't accept a no-strings-attached arrangement. He lives by a straight-laced code of values based on his own troubled upbringing.

Bennett sees something special in Avery and he wants more from her. Way more. As Avery wrestles with her emotions for Bennett, danger and tragedy force them to open up to each other. And Avery must face the terrifying realization that she wants more from him, too.


"Two seeds destined to grow in concert, planted together in the field of love." She took in a lungful of air and continued. "The sky cast wet buckets of dreams and desires, the roots took shape, and the leaves tangled as one."


In this NA book we have a refreshing twist on things where the girl is a wee bit of a slut and the portrayed bad boy was the virgin...... What? Scandalous.  I loved the fact that it had a twist on the normal formulas.

Was this guy for real? Suddenly I felt a bona fide man-eater. A Slutasaurus rex.

Avery and Bennett have pretty similar upbringings from terrible mothers. Both mothers went from guy to guy to guy without thinking of their children but the difference between how they handle their baggage is what is defining them.  For Avery she wants to be able to control the situations especially sexually so uses sex as a way to protect her heart. Whereas Bennett thinks of sex as a bit more sacred and wants to be in love before he goes down that path.

"Your whole life can't be defined by that single moment. Or even a series of awful moments."

The minute Avery meets Bennett she wants to conquer but has never had to work for sex before, so trying to bang Bennett has become a bit of a challenge for her.  With this challenge also comes the bullshit of her life.  She is trying to survive it and move forward well at the same time take care of her little brother so she doesn't have time for emotions. 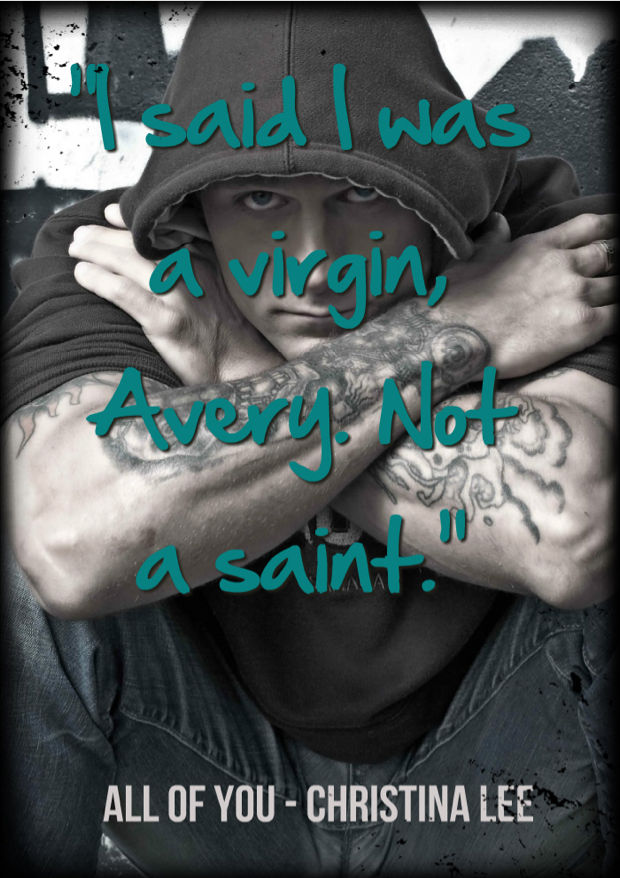 For Bennett he is intrigued by his new neighbor and sees so much more than Avery can see about her self but he too has his own demons and responsibilities but sees Avery worth the risk.

With the help of Avery's friends Rachel, Ella and a sweet lady from the nursing home who absolutely captures my heart she learns that it is ok to open up and learn to love and realize that not only is she worth it she deserves it.

"But sometimes it's okay to let someone in." I wiggled my eyebrows. "Oh. I've let plenty of guys in."  That got a snort out of her. "As a friend, you slut. Someone who can warm your heart, not your bed." 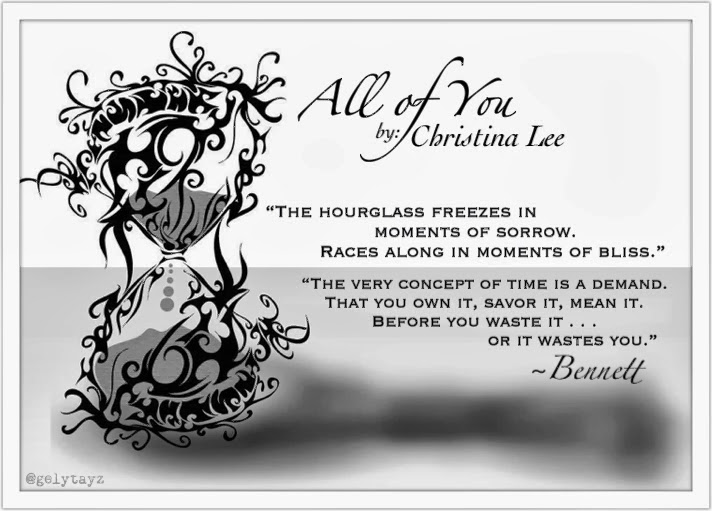 "And the other kind of love is freeing. It allows you to be your best self. You're seamless when you're with the person you love unfathomably - but never invisible."


While Avery and Bennett make head way with each other they also move forward with their family dramas.

"Avery, I want us to work through the sad and hard parts together. To always find our way back to each other."


A sweet emotional filled NA book with loads of potential for this series. I liked the growth of the characters and the idea of the story of everyone deals with similar scenarios differently but in the end love is the most important thing.

4 Not ordinary thumbs up 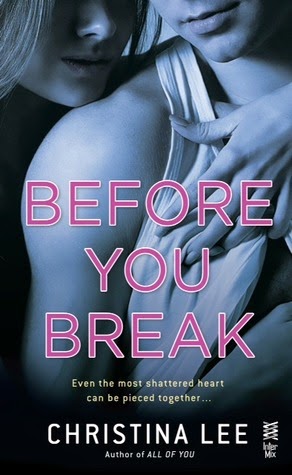 Before You Break (Between Breaths #2)

by Christina Lee (Goodreads Author)
A sexy, emotional New Adult romance about a bad boy on the edge and a good girl about to lose control…

The star catcher of the college baseball team isn't supposed to have skeletons in his closet. But Daniel Quinn is hiding a guilty past so dark he refuses to let anyone get close. Except there’s something about gorgeous, studious Ella Abrams that goes beyond the electric attraction between them—something that makes him want to open up.

Ella has suffered enough heartache and guilt to fill one of her psychology textbooks, but she keeps that part of herself hidden behind a bubbly exterior. Until she receives an anonymous call while working the suicide helpline and the voice on the other end touches something inside of her that she can’t ignore.

Soon Ella and Quinn’s physical connection heats up, even as their deep and revealing hotline talks intensify. But by the time Ella realizes that her seductive jock and her sensitive caller are the same guy, it might be too late to save him—or to stop herself from falling too far.

*A companion novel to ALL OF YOU

While Ella's friends are the sluts, Ella is the one who wants to lay down roots and commitments but with a big loss she settles for the connection of her past than for love it self.

As Ella finally starts to realize that her serious boyfriend Joel is not all he is cut out to be.  But with Joel comes ease and familiarity which she craves.

Ella is so committed to her psychology degree and the support of suicide prevention that she volunteers at the suicide prevention hot line.  During one fateful phone call she meets Daniel who she is instantly connected with.  With this connection it gets her to start to realize what she wants and needs for herself.

At Joel's fraternity house one of his newer roommates Quinn is going through a rough patch but he is only there to play ball and live out a dream. The only thing that keeps in somewhat connected is his distaste for the way his frat brother Joel treats his girlfriend Ella. Quinn is drawn to Ella but won't go near her because she has a boyfriend but that doesn't stop him from helping a friend when needed.

With the connection of Daniel and the support and attraction to Quinn, Ella finally gets free and dumps Joel.  Ella now knows she wants Quinn but she starts to realize that he has some of his own demons.  As they both try to deal with their pasts they start to move forward together.  But to do that ALL of their secrets and truths have to come to the surface to truly move forward.

With these truths comes risks but love is always worth it even with a few twists in the road to get their.

Cute story. I didn't like it as much as Avery and Bennett's story and now I can't wait to find out what Rachel's dealio is.  This can be read as a standalone but I do suggest All of You so you get a bit more depth of Ella.  If you like the NA genre than this series is worth a try.

3.5 Breaking through thumbs up