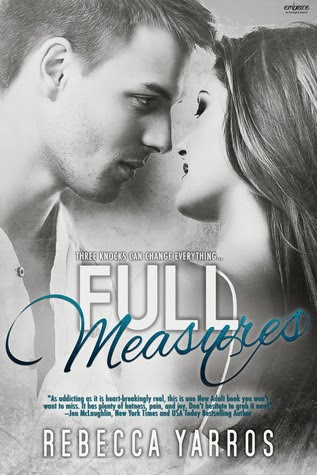 by Rebecca Yarros (Goodreads Author)
Three knocks can change everything…

"She knew. That’s why Mom hadn’t opened the door. She knew he was dead."

Twenty years as an army brat and Ember Howard knew, too. The soldiers at the door meant her dad was never coming home. What she didn’t know was how she would find the strength to singlehandedly care for her crumbling family when her mom falls apart.

Then Josh Walker enters her life. Hockey star, her new next-door neighbor, and not to mention the most delicious hands that insist on saving her over and over again. He has a way of erasing the pain with a single look, a single touch. As much as she wants to turn off her feelings and endure the heartache on her own, she can’t deny their intense attraction.

Until Josh’s secret shatters their world. And Ember must decide if he’s worth the risk that comes with loving a man who could strip her bare

I really enjoyed this delightful surprise of a book.

December 'Ember' Howard is living her 'perfect' life with the perfect boyfriend and perfect plan of the future until there are knocks at the front door. The moment she opens the door her whole world changes. 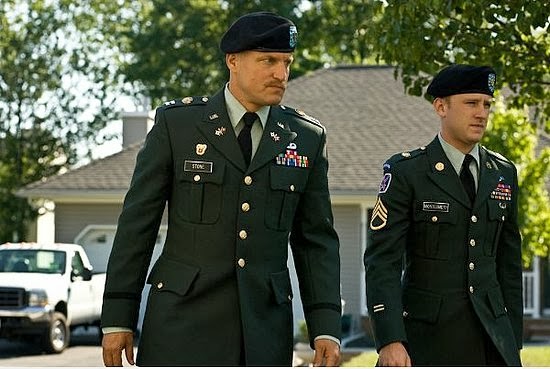 Being an Army brat she knows when soldiers come to the door mean but she has no clue how it destroys everything she has ever known.  After the news her remaining family falls apart, being the oldest daughter and following her dad's request from before he deployed she steps in and takes care of everyone.  The only problem with this is who is left to take care of her?

While running an errand she bumps into her high school crush Josh Walker who also happens to be her little brother's hockey coach.  As soon as Josh finds out the news he tries and steps up to help Ember in any way she needs.

"I want this; I want you, Ember. But tonight is about you, not us. You needed this, and I'm fucking ecstatic to give it to you, but we're not doing this." He pushed his hips against my ass, and I groaned, wanting him inside me. "Until it's about us, and no one else."

Ember pushes Josh's help away because she already has the perfect boyfriend who is so perfect he is not really around.  As Ember's grandma helps her deal with her family she also pushes her towards taking care of herself with the help of Josh.  Everyone deals with grief differently but Ember quickly finds out who her true friends are.  After this new holy shit revelation she had life altering decisions to make.

After these choices she does want Josh but she also wants them to be so much more than her needing him during this tough time.  Ember continues to deal with her loss and the struggles of losing someone to war that she puts up walls that can destroy any chance of happiness she needs and deserves.   Her and Josh have so many moments of bliss but fear and reality are a tough pill to swallow sometimes.

"Please fight for this, Ember. We are worth the fight. I love you, and that's something I've never said to any girl. I love you more than hockey, or the air I breathe. You love me, too!"

As her family starts to heal and she gets a glimpse of reality from her wise mother she finally chooses herself first.


"You still love me."  "Every fucking second I breathe. I will love you the rest of my life, December Howard, whether or not you're around to witness it. You may think you're weak, but you're the strongest woman I've ever known."

I really did adore this story.  It is also so heartbreaking the toll of what loss for the Army can do to a family.  I thought these emotions were reflected well.  My only beef is that sometimes I get really frustrated with girls who are so thick after the guys repeatedly tells them over and over and over that he only wants her and then she still is stupid enough to think that he might be with someone else.  Argh! Just a personal little rant nothing to do with the actual writing.

In the end I was swept up in an emotional roller coaster of loss, betrayal, strength, second chances, hope and love.  Good story lots of angst, drama and love.