Me Since You - #review 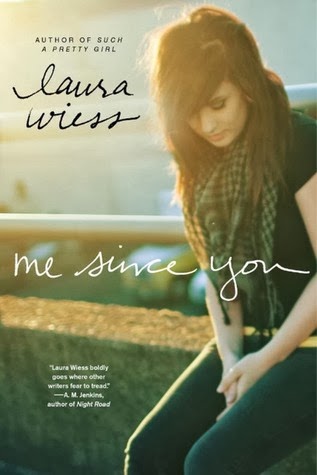 Laura Wiess captures the visceral emotion of a girl’s journey from innocence to devastating loss and, ultimately, to a strange and unexpected kind of understanding—in this beautiful and painfully honest new novel.

Are there any answers when someone you love makes a tragic choice?

Before and After. That’s how Rowan Areno sees her life now. Before: she was a normal sixteen-year-old—a little too sheltered by her police officer father and her mother. After: everything she once believed has been destroyed in the wake of a shattering tragedy, and every day is there to be survived.

If she had known, on that Friday in March when she cut school, that a random stranger’s shocking crime would have traumatic consequences, she never would have left campus. If the crime video never went viral, maybe she could have saved her mother, grandmother — and herself — from the endless replay of heartache and grief.

Finding a soul mate in Eli, a witness to the crime who is haunted by losses of his own, Rowan begins to see there is no simple, straightforward path to healing wounded hearts. Can she learn to trust, hope, and believe in happiness again?

Source: eARC for Honest Review from MTV books via Edelwiess
Genre: YA Contemporary

Wow! What a depressingly sad yet profoundly beautiful raw story.

Here is a sixteen girl making sixteen year old mistakes but one choice changes everything.  When I read the synopsis I knew their was a life altering tragedy but I had NO clue the reality of what was going to happen.

When someone experiences loss it effects everyone differently.  Some shut people out, some close themselves off, some ignore it, some thrive on it and some can't deal at all.  In this story I felt it was so well portrayed of all the different possibilities dealing with grief, tragedy and loss.

This is a book I think all YA should read so they can understand the power of the negative side of social media and its effect on reality.


"What are people thinking when they post things like that? I mean, just because we can be cruel doesn't mean we should. Doesn't anyone think before they hit send anymore?"

Lauren
Posted by Live Read and Breathe at 22:03