Release Day Launch - Be With Me by J. Lynn | #excerpt, #giveaway & #review

We are extremely excited to say that J. Lynn's BE WITH ME has been released!!! BE WITH ME is a New Adult contemporary romance being published by Avon (William Morrow), an imprint of HarperCollins, and is a part of Jennifer L. Armentrout’s With You Saga. This book is smoking hot and one you need to go get today!

BE WITH ME Synopsis:

From the author of the #1 New York Times bestseller Wait for You
Do Teresa and Jase have a real shot at getting together or will life get in the way?

Teresa Hamilton is having a rough year—she's in love with her big brother's best friend, but he hasn't spoken to her since they shared a truly amazing, mind-blowing, life-changing kiss. Then she got out of a terrible relationship. Now an injury is threatening to end her dance career for good. It's time for plan B: college. And maybe she'll have a chance to convince Jase that what they have together is real.

Jase Winstead has a huge secret that he's not telling anyone—especially not his best friend's incredibly beautiful sister. Even though he and Teresa shared the hottest kiss of his life, he knows that his responsibilities must take priority. He certainly doesn't have time for a relationship. But it doesn't help that all he can think about is kissing the one girl who could ruin everything for him.

“You got a visitor, Tess.” He rested his chin atop my head, which caused my pulse to try
to outrun my heart. “Two of them to be exact.”
“Okay.”
There was a pause. “Are your eyes closed?”
“No.”
His chin slid off my head and then his chest rumbled as he laughed. “Your eyes are
closed.” He laughed again. “Open them up.”
Cursing under my breath, I pried one eye open and then jerked against him. His arm
tightened. “Oh wow …”
The black-and-white horse was the closest, standing mere feet away from me. The brown
one wasn’t too far, shaking its head and making soft snorts. My eyes were wide as they bounced
between the two creatures. “They’re not carnivorous, right? Because at their size, they could eat
me.”
Jase laughed deeply as his hand shifted up, resting in the center of my stomach, just
below my breasts. “Horses do not eat people, you little idiot.”
I started, eyes narrowing. “There’s always a first.”
The lips pulled back on the black-and-white horse as if it was smirking at me.
“This one right here? Mr. Friendly? Jack calls him Bubba One,” he said in a quiet,
calming voice. But air hitched in my throat when his thumb moved in a slow circle over the thin
material of my tank top, hitting against the wire in my bra. “And the brown one is Bubba Two.”
Mouth dry, I wetted my lips. “That’s good for remembering names.”
He chuckled as his pinkie and forefinger started to move up and down, reaching my belly
button and then sliding back up. It was almost as if he was unaware of what he was doing, or the
electrifying response the tiny motions were dragging out of me. “I think so too, but his real name
is Lightning.”
Said horse shook his head, tossing the shaggy mane.
“Lightning seems to be a more suitable name,” I admitted, relaxing as the seconds
passed. Maybe that was his intention. Distract me with the soft, almost innocent touches. It was
working. “What about Bubba Two?
“Ah, the one who is staring at the pail like it’s the holy mecca of grain?” His cheek
grazed mine as I laughed. “That’s Thunder. And we’re going to feed them. Together.”
The friction his fingers created with my shirt sent tiny shivers up and down my back.
“With our hands?”
His answering laugh tipped the corners of my lips up. “Yes. With our hands.”
“After checking out the choppers on them, I’m not so sure about that.”
“You’ll be okay.” He slid his hand off my stomach and wrapped it around my wrist.
Slowly, he lifted my hand out in front of me. “Hold still.”
My heart lurched. “Jase—”
Lightning trotted forward and pressed his wet nose against my hand. I cringed, waiting
for him to eat my poor fingers. The horse didn’t. Nope. It nudged my hand as it whinnied softly.
He guided my hand up over Lightning’s jaw, all the way to the pointy, twitchy ears.
“See?” he murmured. “That’s not too bad, is it?”
I shook my head as my fingers curled along the soft coat. Lightning seemed to anticipate
the direction of the petting, pressing his long head against my hand as my fingers tangled in his
mane. It wasn’t bad at all.
Jase shifted behind me, and in an instant all thoughts of the horses evaporated. His hips
lined up against my backside, and I bit down on my lower lip as I focused on the white splotch
covering Lightning’s muzzle.
I could feel him—feel Jase. And there was absolutely no doubt in my mind that he was
affected by how close we were standing. That knowledge and the hard length of him left me
dizzy, just like it had done that Saturday night. An all too warm flush spread down my neck. In
the back of my head, I was rationalizing his physical reaction. He was a guy. Our bodies were pressed
together. If a wind blew on a guy’s private area, they got hard. So I should just ignore it,
but my body was so not on board with my head. My body was operating on a different playing
field. An ache centered low in my stomach. A sharp and sweet yearning raced through my veins.
“Not so scary, right?” His voice was deeper, richer. “They’re like dogs. Well, like a dog
that can carry around two hundred pounds, if not more.” Hand sliding off mine, he stepped back,
and the sudden emptiness of his body was like a cold shock. “Trust me.”
Then he smacked my ass.

# 1 NEW YORK TIMES and USA TODAY Bestselling author Jennifer lives in Martinsburg, West Virginia. All the rumors you’ve heard about her state aren’t true. When she’s not hard at work writing. she spends her time reading, working out, watching really bad zombie movies, pretending to write, and hanging out with her husband and her Jack Russell Loki.

Her dreams of becoming an author started in algebra class, where she spent most of her time writing short stories….which explains her dismal grades in math. Jennifer writes young adult paranormal, science fiction, fantasy, and contemporary romance. She is published with Spencer Hill Press, Entangled Teen and Brazen, Disney/Hyperion and Harlequin Teen. Her book Obsidian has been optioned for a major motion picture and her Covenant Series has been optioned for TV.

She also writes adult and New Adult romance under the name J. Lynn. She is published by Entangled Brazen and HarperCollins.

There is just something so beautiful about this series.

After falling in love with Cameron Hamilton I wasn't sure if I had much more love to go around, but I sure did when it came to Jase Winstead. 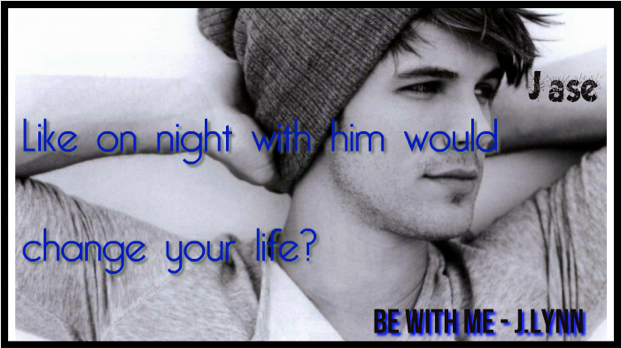 Jase, I knew he had some secrets but finally finding them out broke my heart. Poor Jase.

For Teresa after a potential career ending injury she is forced to go to college temporary while she heals.  So she decides to follow in Cameron's foot steps and go to the same college but lo and behold so does Jase who also happens to star in every one of Teresa's fantasies.

Teresa and Jase have a connection but it's complicated with both of their pasts and Cameron.   While Teresa is finding her way at college she is also forced to deal with her past demons at the same time she can't seem to stay away from Jase.  After realizing the inevitable Teresa and Jase finally realize that the potential of them is worth the risk until too many emotions get involved and pasts come to light. 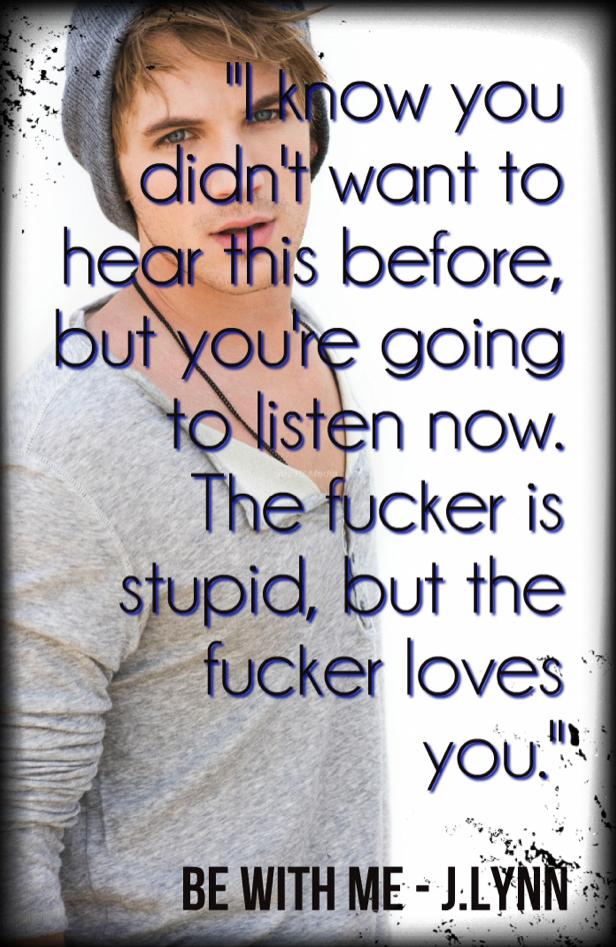 This was a beautiful journey of Jase and Teresa finding love and life in a world of wrongs. It was touching, emotional & sweet and so worth the read.

I think I may have a little author crush on J.Lynn so I'm going to gush for a bit here.  I love the way J.Lynn captures the heart and the emotions in her books.  From the very beginning on all the books that I have read of hers I have been hooked and invested of what is to come. This series by far is one of my favorite NA series and I can't wait to read more.